Today, the value of a location is a function of its proximity to your workplace, your city’s central business district, the best schools, or your closest friends.

But what happens when driverless cars desensitize you to distance, or Hyperloop and flying cars decimate your commute time? Historically, every time new transit methods have hit the mainstream, tolerance for distance has opened up right alongside them, further catalyzing city spread.

And just as Hyperloop and the Boring Company aim to make your commute immaterial, autonomous vehicle (AV) ridesharing services will spread out cities in two ways: (1) by drastically reducing parking spaces needed (vertical parking decks = more prime real estate); and (2) by untethering you to the steering wheel. Want an extra two hours of sleep on the way to work? Schedule a sleeper AV and nap on your route to the office. Need a car-turned-mobile office? No problem. 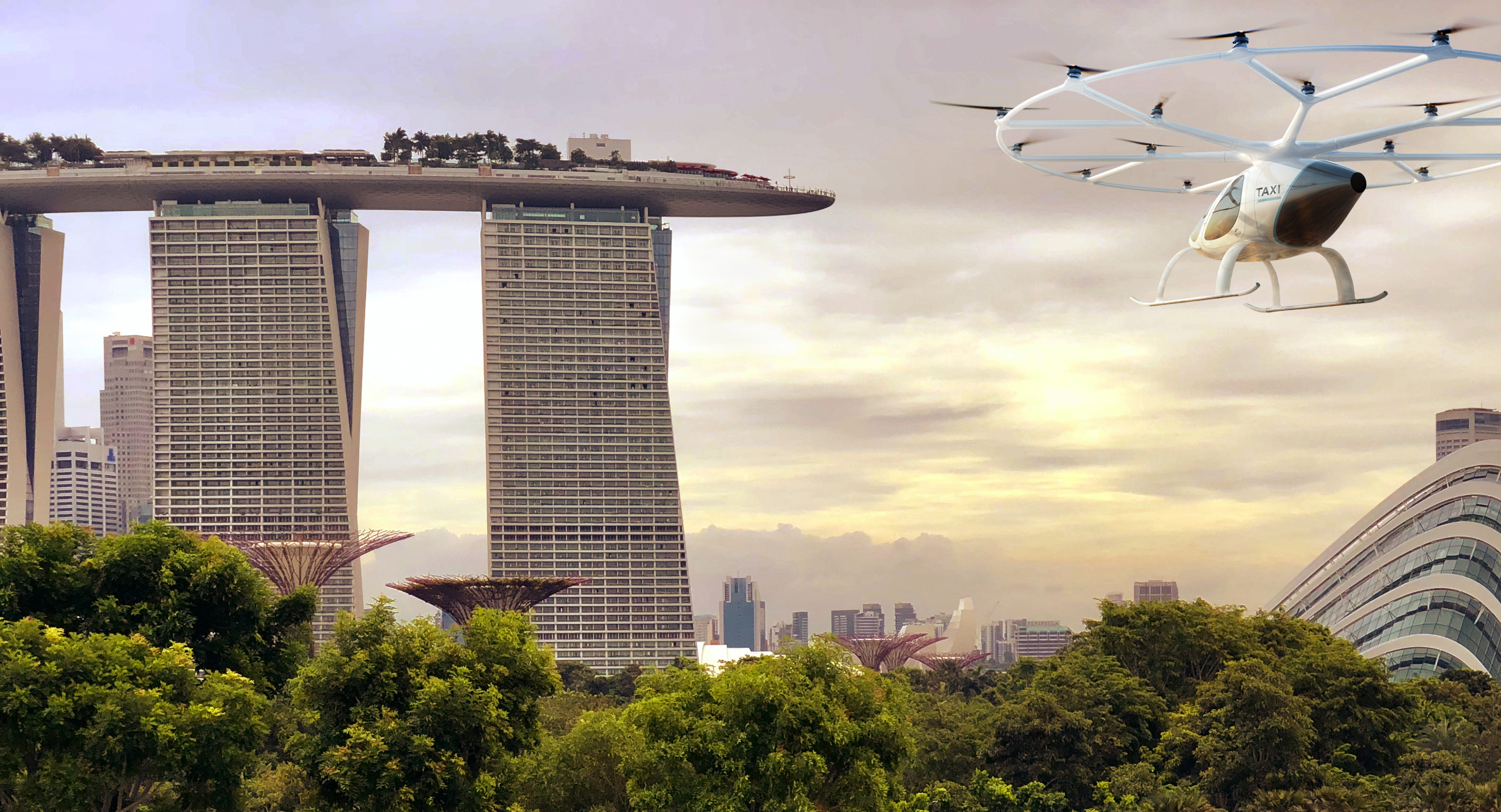 A Vertiport for air taxis could be developed in locations such as Singapore’s Marina Bay Sands. Vertiports are already planned for construction in Dubai, Los Angeles, and Dallas.

Already working with regulators, Uber Elevate has staked ambitious plans for its UberAIR airborne taxi project. By 2023, Uber anticipates rolling out flying drones in its two first pilot cities, Los Angeles and Dallas. Flying between rooftop skyports, drones would carry passengers at a height of 1,000 to 2,000 feet at speeds between 100 to 200 mph. And while costs per ride are anticipated to resemble those of an Uber Black based on mileage, prices are projected to soon drop to those of an UberX.

But the true economic feat boils down to this: if I were to commute 50 to 100 kilometers, I could get two or three times the house for the same price. (Not to mention the extra living space offered up by my now-unneeded garage.)

All of a sudden, virtual reality, broadband, AVs or high-speed vehicles, are going to change where we live and where we work. So rather than living in a crowded, dense urban core for access to jobs and entertainment, our future of personalized, autonomous, low-cost transport opens the luxury of rural areas to all without compromising the benefits of a short commute.

Why it’s important: Diamandis’ tech blog touches on a few of the key factors for the interplay between real estate investment, disruptive construction techniques, and novel urban planning. While not commonly discussed, the groundwork for real estate development in cities such as Dallas, Dubai, and Miami specific to urban air mobility operations is currently being laid by multiple commercial real estate firms in anticipation of the rapid expansion of the industry to come.