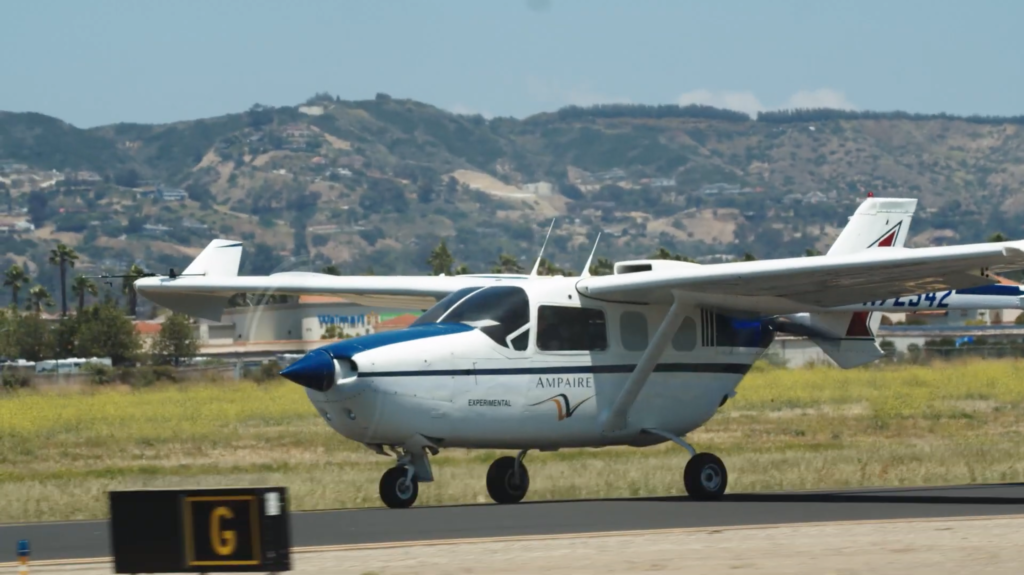 Personal Airline Exchange (PAX) is a newly surfaced company offering shared regional flight chartering. On the PAX platform, customers will be able to book flights on private aircraft and split the cost with other customers, paying a ‘per seat’ price, much like an Uber Pool. This is a model shared by companies like BLADE, NetJets, Surf Air, and others. PAX is still currently in the fundraising stage, having just started a campaign on crowdfunding platform Startengine. PAX intends to initially pilot its service with Ampaire aircraft in Southern California before scaling nationwide.

Ampaire, while still waiting for certification, is well on its way to production.  “Ampaire’s Electric EEL pre-production prototype is flying right now and performing beautifully,” said CEO Kevin Noertke. “We look forward to operators being able to share the thrill of flying electric.” Ampaire is targeting certifying its Electric EEL product in 2021:

While Ampaire is not the only electric aircraft maker, it made history earlier this month by flying the Ampaire 337, which is the highest capacity hybrid-electric aircraft ever flown. Other companies making electric aircraft include Zunum Aero and MagniX, which just partnered with Harbour Air to transform its seaplanes into an all-electric fleet.

PAX has stated its intentions of partnering with Ampaire for long term, planning to reserve Ampaire’s TailWind electric jets once they become available. PAX’s ultimate goal is to build a network utilizing thousands of airports to achieve true and affordable on-demand travel .

Why it’s important: The recent order from PAX for 50 Ampaire aircraft establishes PAX as another company with the vision of building a fully electric on-demand aviation network. With Ampaire’s flight technology already prototyped and nearly ready for deployment, Ampaire can help PAX achieve its goal of beginning operations sooner rather than later in Southern California, driving the industry of personalized air travel forward.