The Transcend Air Vy 400 is a VTOL aircraft with dual-propellors that rotate from the configuration of a helicopter to that of a propellor aircraft. Its propulsion systems allows the vehicle to have the VTOL characteristics of a helicopter, but fly at up to 405 mph in horizontal flight. Transcend Air plans to use their technology to transport business travelers between major cities, first launching the service in 2024 between Boston and New York City.

Transcend Air is partnering with BRS Aerospace for Vy 400’s safety system. BRS is the leading whole aircraft rescue parachute system manufacturer in the world. The company has an impeccable reputation, and recently recorded its 401st life saved when the system was deployed. BRS has previously partnered with manufacturers of “Light Sport Aircraft, experimental aircraft, ultralights, unmanned vehicles, military aircraft, and FAA/EASA Type Certified general aviation, including the most popular piston-powered aircraft in production today.” This partnership with Transcend Air is supposed to make the Vy 400 the “safest VTOL aircraft in history”. Transcend is committed to designing the aircraft with occupant protection as the very first priority, and is expected to even go “beyond the occupant protection requirements of the current Part 23, Part 25 and Part 27 FAA aircraft certification regulations,” according to a press release. 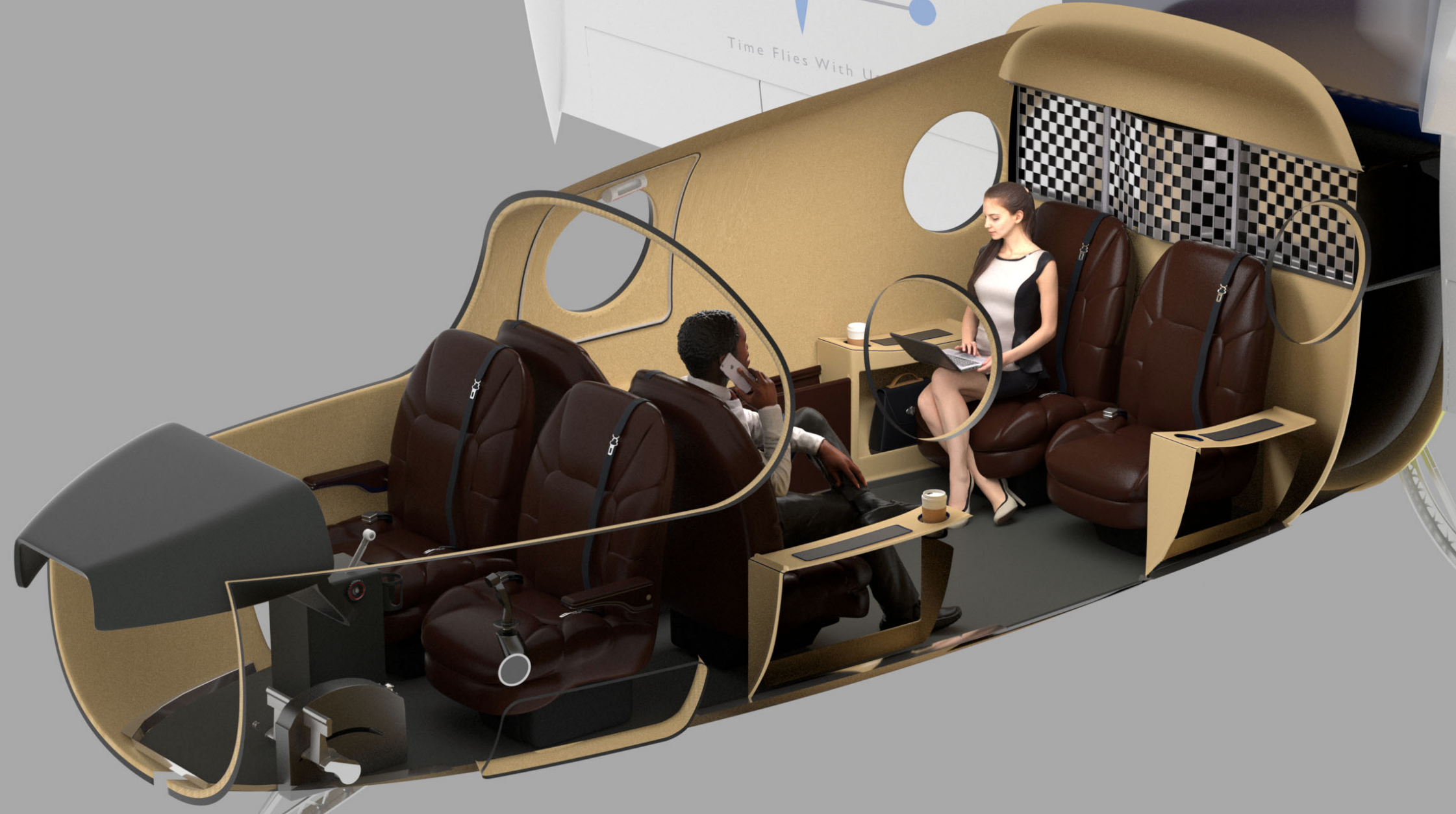 For technical specs of the Vy 400, visit The Hangar // Transcend Air photo

Upon activation of the system, a ballistic rocket propels a parachute into the airstream to slow the airplane and float it down into a survivable vertical landing. While currently designed for fixed-wing aircraft, BRS plans to slightly modify the system to accommodate the Vy 400. This includes the functionality for an automatic activation system. In addition to the BRS system, Transcend Air plans to implement new impact energy absorption techniques from the automotive industry such as state-of-the-art airbags and a frangible structure.

Why it’s important: By providing a world-renowned safety system to passengers aboard the Vy 400, Transcend Air is improving the public sentiment toward urban air mobility. The confidence that passengers will safely arrive to their location – whether it be for business or personal travel – is paramount, and the BRS parachute system will set a new standard for safety in the urban aviation industry.