On May 8th, BLADE Urban Air Mobility announced that it has expanded its service to include LaGuardia Airport and Newark Liberty International Airport. This service expansion is furthering the company’s mission of enhancing the reach and affordability of urban aviation. 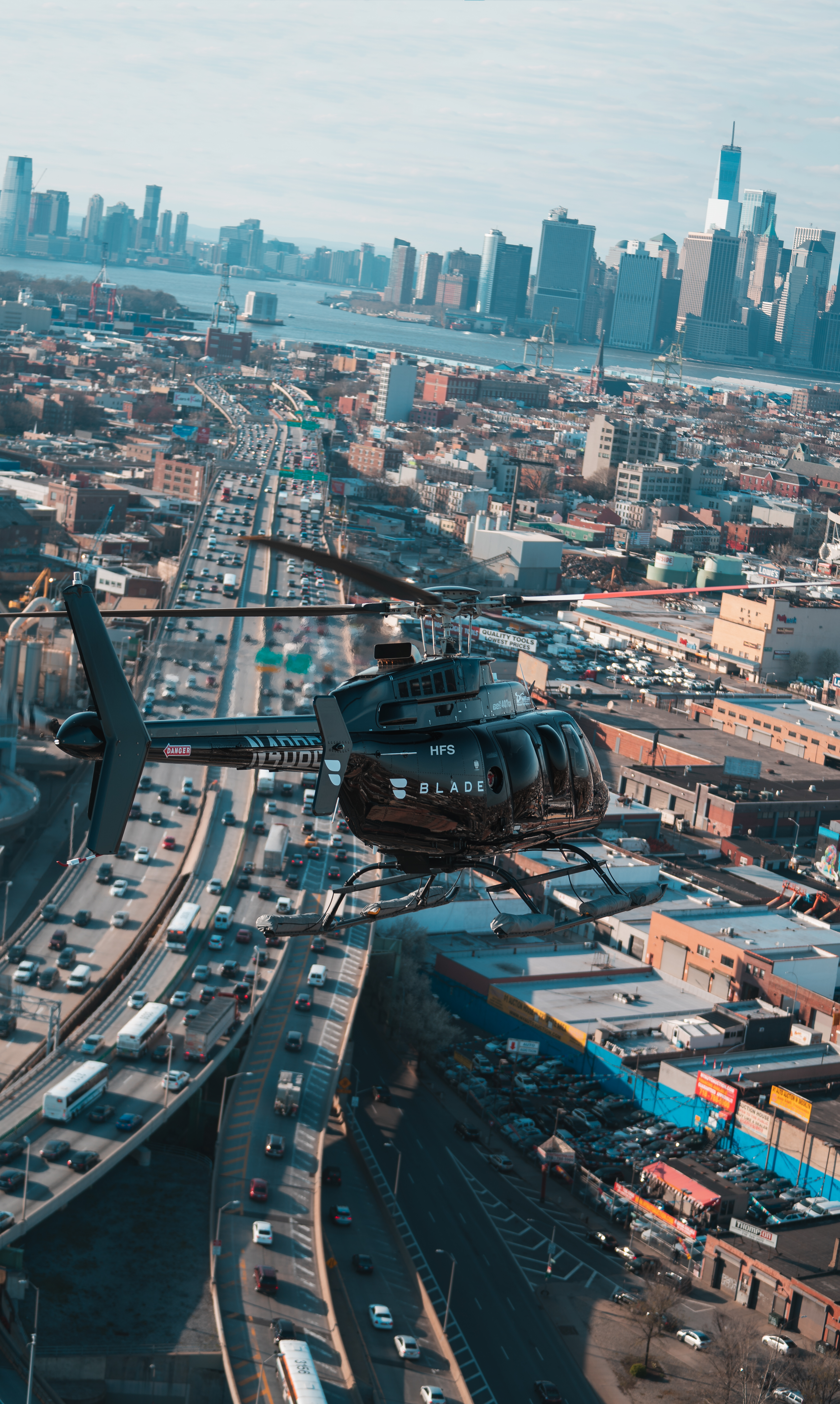 “Since expanding our continuous flight service between Manhattan and JFK, we are seeing faster than expected adoption by people choosing to fly to the airport rather than driving” said Rob Wiesenthal, CEO of BLADE. “It has become immediately apparent that fliers want the flexibility to fly between Manhattan and, not only JFK, but all area airports.”

The cost of for one of these flights is $195 per seat, which BLADE claims to consistently beat the price of app-based SUV’s during rush hour. BLADE also offers complimentary ground transportation between the airport helipad and all commercial airline terminals.

Through its alliance with BELL, BLADE’s airport service utilizes BELL 206L-4 helicopters, aircraft with one of the lowest noise and environmental footprints in the industry. Certain municipalities in the New York area have designated these helicopters under the “Not Noisy” aircraft classification. All flights strictly follow New York City noise abatement routes, altitudes, and best practices.

BLADE rebranded to BLADE Urban Air Mobility, Inc earlier this year to align with the future of inter and intra-city transportation. BLADE is a digitally-powered aviation company and the largest arranger of helicopter flights for civilian travel in the United States. One of BLADE’s key long-term goals is to make short distance aviation more accessible through quiet, carbon neutral and cost effective aircraft (eVTOL) currently being developed by our investors and partners, which include Airbus, Lockheed Martin and Bell.

Why it’s important: BLADE’s public adjustment of their name and route mechanics further support their mission of enhancing the reach and affordability of urban aviation. With continuous flights from Manhattan to New York City Area airports, BLADE is operating as a commercial eVTOL operator would, save for the aircraft themselves. Additionally, BLADE’s partnerships and investments in the eVTOL space should allow the company to integrate new aircraft as they become certified and available.