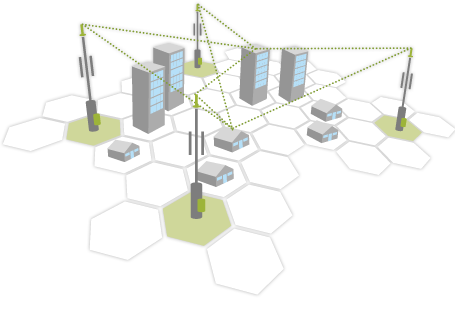 Unlike most traditional location services, maps by NextNav offer vertical accuracy as well as traditional GPS positioning. NASA plans to utilize NextNav’s Metropolitan Beacon System (MBS) as part of its testing efforts at its research center in Langley Virginia.

NASA’s research center in Langley is named CERTAIN–City Environment for Range Testing of Autonomous Integrated Navigation. This space is designed to test all varieties of vertical lift technologies ranging from delivery drones to passenger air taxis.

An image of UAS testing at CERTAIN

NextNav’s Metropolitan Beacon System also makes itself unique by offering vehicle tracking in areas where GPS signal may not be available. The software itself is built around safely and reliably managing urban air mobility operations. The 3D geolocation location service also offers unique visualization of airspaces.

Rather than through satellites as with GPS, the NextNav Metropolitan Beacon System works through a series of transmitting beacons strategically positioned around urban areas to give a level of accuracy and reliability that GPS cannot provide: 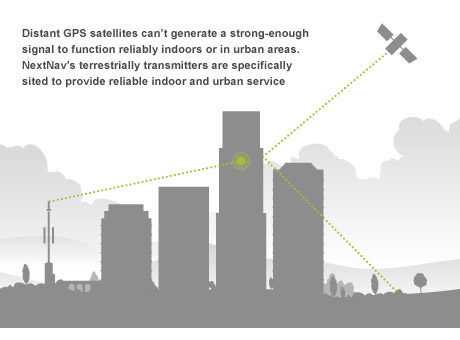 “The MBS system is designed for secure, reliable and consistent 3D geolocation capabilities, which are important for autonomous systems” –Ganesh Pattabiraman, Co-founder and CEO of NextNav

While NextNav provides technology for geolocation, other companies like AirMap aim to provide air space management software for future urban air mobility infrastructure. AirMap, is a Santa Monica based startup which has raised $26 million in Series B funding and has been selected as the Unmanned Traffic Management (UTM) provider for the U.S’s first drone corridor. The company has been providing flight planning services for recreational and commercial drone operators since its founding in 2014.

Why it’s important: As NASA further builds its repertoire of technologies, urban air mobility services become closer and closer to reality. Although the FAA provides final certification for aircraft, NASA has been a driving force behind developing safety standards for these technologies. While CERTAIN may only run tests on UAV vehicles, testing on passenger VTOLs is not far behind.