The initiative will support critical organ movement for patients in need of transplants.

As the “largest arranger of civilian helicopter travel in the United States,” BLADE is well-poised to make available its network of terminals, which currently span four states. The company has already implemented an expansive service in New York City, including continuous flight service between Manhattan and all NYC area airports. 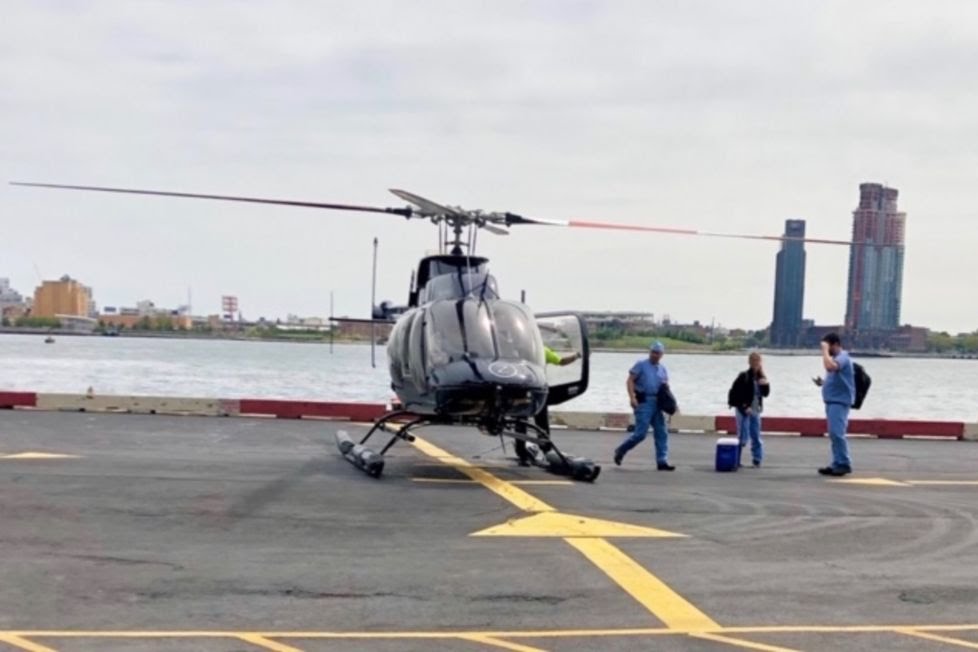 “BLADE has made its dedicated aircraft and private network of terminals in four states available to aid NYU Langone transplant physicians with the lifesaving work they do every day,” said Rob Wiesenthal, BLADE’s CEO. “As the largest arranger of civilian helicopter travel in the United States, our platform is ideally suited to provide NYU Langone with

BLADE CEO Rob Weisenthal emphasized that NYU Langone will be provided “24/7 access to safety-vetted rotorcraft with as little as 20 minutes notice.” BLADE’s fleet of Bell 407 and Sikorsky S-76 helicopters are predicted to reduce the travel times of organs between NYU Langone and common donor hospitals by up to three hours. As an added benefit, these organ transplantation missions will be more cost effective than the previous, slower methods, while also improving outcomes for New York City transplant patients.

Not only is this application of aerial mobility technologies invaluable for the patients and institutes it serves, but it also provides BLADE and other companies with a way to begin standing up and improving upon operations. Vermont-based eVTOL manufacturer, Beta Technologies, similarly found this to be a potential path for developmental growth, and has been working toward a goal of transporting organs with United Therapeutics. The biotechnology firm provided an undisclosed amount of funding to Beta for the purpose of designing and testing its Ava XC aircraft, which has already undergone hundreds of flights.

Why it’s important: As part of its Urban Air Mobility Initiative, one of BLADE’s key long-term goals is to make short distance aviation more accessible through quiet, carbon neutral and cost effective aircraft (eVTOL). As seen by the focus placed by both Beta Technologies and BLADE, organ transplantation services are a feasible, humanitarian application of aerial mobility. It has great potential to open doors as the industry expands to operate and become regulated in services such as civilian transport and commercial logistics.