The 2-seat XP2 eVTOL has entered the manufacturing phase

NeoXcraft, the eVTOL aircraft designed and developed by UK-Vehicle Redesign, has entered the manufacturing phase with a target first flight date in 2020. Vehicle Redesign in based in Derby, UK and is building multiple proof of concept aircraft (half and quarter scale models) to validate the expected performance of the company’s designs.

At Farnborough’s Global Urban Air Summit on September 4th, Michael Smith (co-Founder of Vehicle Redesign) spoke to the companies progress and identified an entry to service date sometime within the next three years, potentially as early as 2022. Vehicle Redesign focused on utilizing advanced materials (graphene carbon fiber according to Smith) that, when combined with eight 30kW electric drive brushless motors (EDBM’s) provides for ample power to carry the aircraft over a suitable distance. 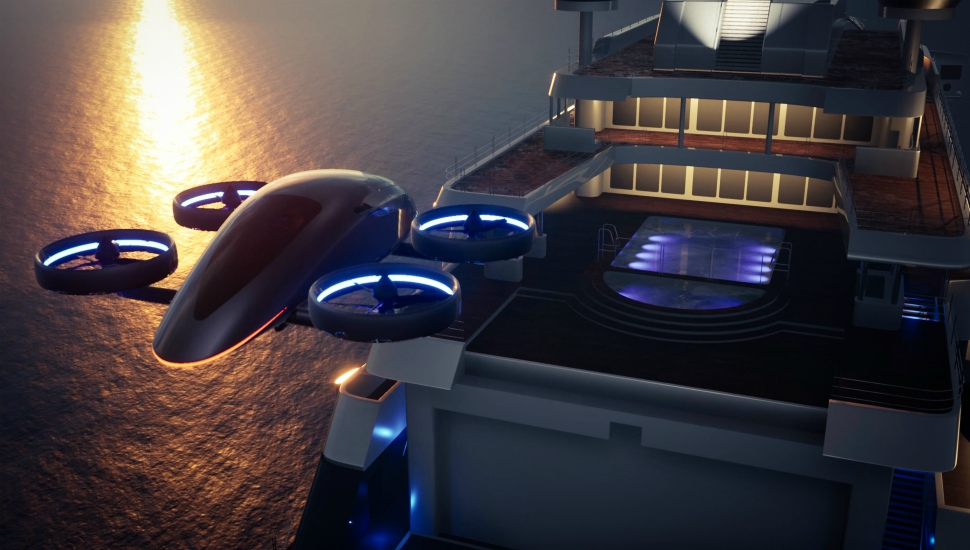 The XP2 could transport VVIP clients from vertiports on buildings in urban centers or from yachts such as these. Source // Vehicle Redesign

According to Vehicle Redesign, the vehicle is expected to fly for 50 minutes at a top speed of 135knots, equating to a range of 125nm accounting for reserves. Vehicle Redesign has obtained funding from a German family and a Japanese consortium, along with a £500,000 investment from private investors, will be seeking Series B funding sometime in 2020, and has provisionally listed its air taxi for $2.4 million USD. A ballistic recovery parachute system, similar to BRS Aerospace’s designs, will most likely be employed on the aircraft to enhance safety.

Related: Flying Car Parachutes? BRS Aerospace is Working on It

XP2’s development in the European market will be an exciting progress map to follow, as EASA’s special conditions for certification of eVTOL aircraft will guide certification differently than the process that many North American startups and large OEM’s will adhere to on their respective paths to entry into service.

Why it’s important: Manufacturing of the XP2 marks an important milestone for Vehicle Redesign, as the company continue to solidify their positioning within the UAM industry as a serious contender with a substantial amount of interest from private clients. However, XP2’s current marketing brand is targeted largely towards VVIP customers, and less toward general commercial operations, which is a deviation from many other companies developing eVTOL aircraft that may prove to be substantial value added for Vehicle Redesign.