NextDiscussing the Future of Flight: The Lindbergh Innovation Forum
FeaturedVehicles/Manufactures

Kitty Hawk Aero announced their 2018 recap today, marking the conclusion of a packed year for the Larry Page-backed company.

Included in the recap was the announcement that Cora has a Ballistic Parachute Recovery system, not unlike what Cirrus Aircraft use today to achieve their high safety records. Kitty Hawk has not previously disclosed that Cora has such a recovery system in place.

Additionally, the recap included some concrete numbers for Kitty Hawk’s accomplishments over the last year: more than 700 test flights conducted, with at least five Cora’s built (shown in their recap video) and one partnership signed with Air New Zealand. One of the main points that Kitty Hawk emphasized as part of their recap was that Cora was situated between the confluence of rotor, fixed-wing, and autonomous car disciplines.

The Kitty Hawk Cora eVTOL is powered by 12 rotors that are oriented vertically and mounted to the wings of the aircraft. One pusher-configured propellor provides for forward thrust during conventional flight. The estimated cruising speed of Cora is approximately 180 km/h, and a “triple redundant flight computer” system allows for safety of flight path control, even in the case that one or two computer systems malfunction. 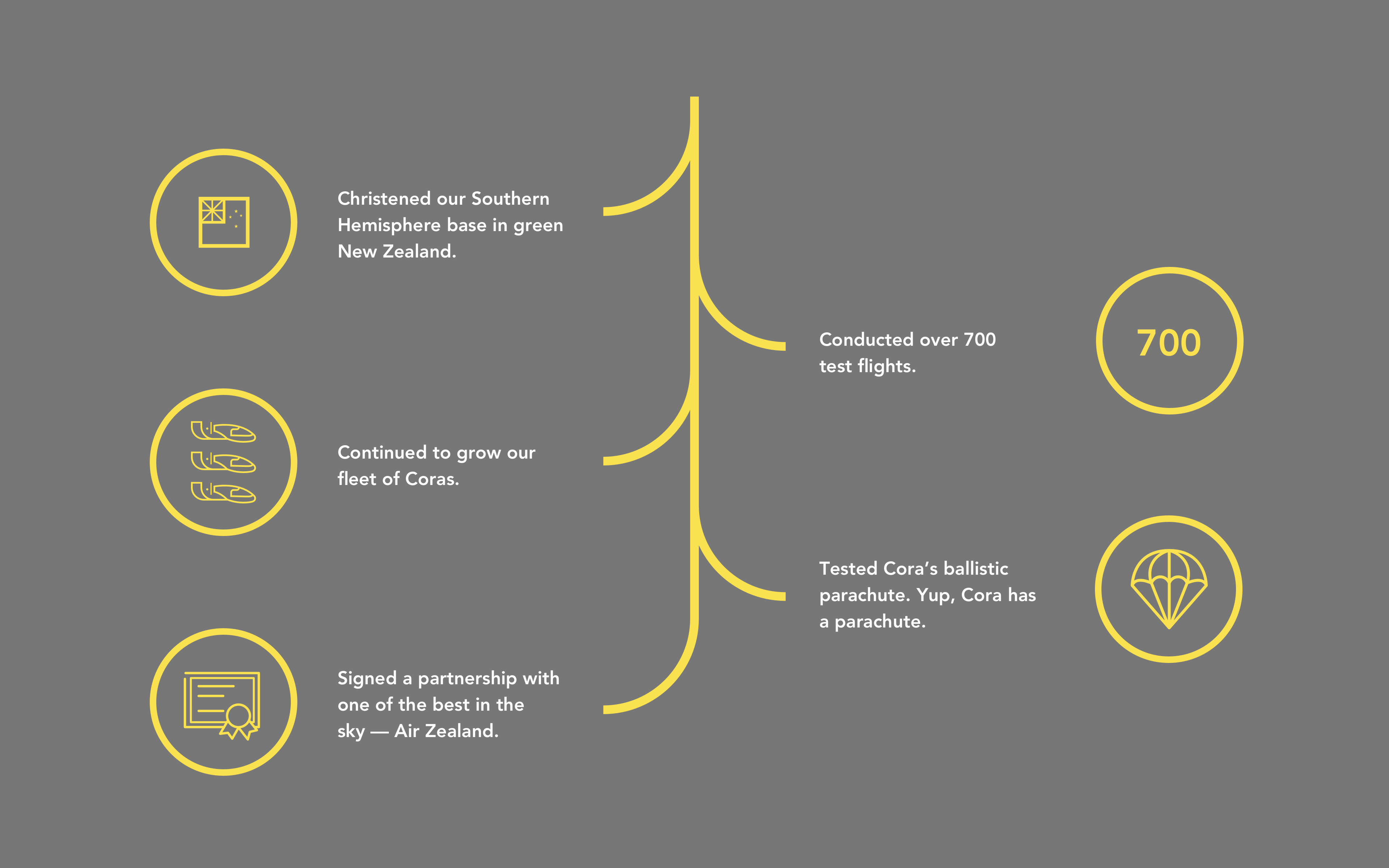 Kitty Hawk’s recap video is here. To learn more about the Kitty Hawk Cora, visit The Hangar – the one page market overview of the urban aviation industry.

Why it’s important: Kitty Hawk’s year-in-review for 2018 contained a fair amount of information that was already known to the public, but a few announcements – such as the number of flight tests conducted, and the mention that the aircraft has a ballistic parachute recovery system – have not been shared before. With the quantity of flight testing complete and the quality of experience of the many team members of Kitty Hawk working on this product, expect 2019 to be full of continued certification and flight testing efforts.