Derrick Xiong, co-founder and CMO of EHang shares his vision on the future of eVTOL and UAM.

EHang has completed multiple flight demos in China, Austria, Qatar, and the Netherlands

TransportUP: Where does your passion for aerospace and aviation come from and why are you particularly interested in eVTOL?

Derrick Xiong: EHang was founded back in 2014 by myself and the other founder, Huazhi Hu. I had a passion to pursue a career as an entrepreneur while Mr. Hu had the aviation dream as a helicopter pilot. I think the reason we wanted to start at EHang was because we’ve seen a lot of crashes every year from all kinds of traditional aircraft, especially helicopters. Actually, two mentors of Mr. Hu mentors died in accidents in 2010 and 2012. 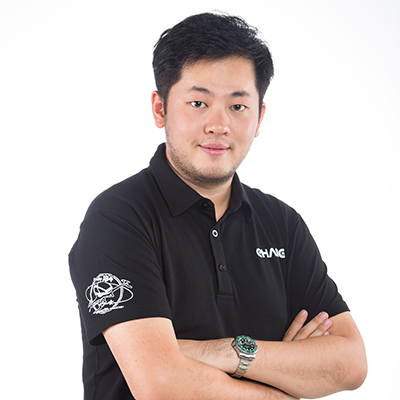 How do you vision urban air mobility and eVTOL disrupting the global aviation paradigm in the next 10 years?

I think in the next ten years, a lot is going to happen. For example, we just announced this news that we are working with the Guangzhou municipal government to promote urban air mobility. We’re also working with the Civil Aviaton Authority in China to meet their airworthiness standards. I think we’re going to see a lot of positive changes. I see urban air mobility and eVTOL adding an additional layer to traditional current air transportation. You know, I’m seeing all these changes and there’s definitely going to be a commercialization of urban air mobility and more people who will be able to benefit from the progress and development of the industry.

How long do you believe it will be before UAM is commercialized to the general public?

When we announced the news with the Guangzhou government, we’re not looking at the next 5 to 10 years, but the near future. So I can’t give a timeline per se or guarantee that it is going to happen this year, but it’s not far away. 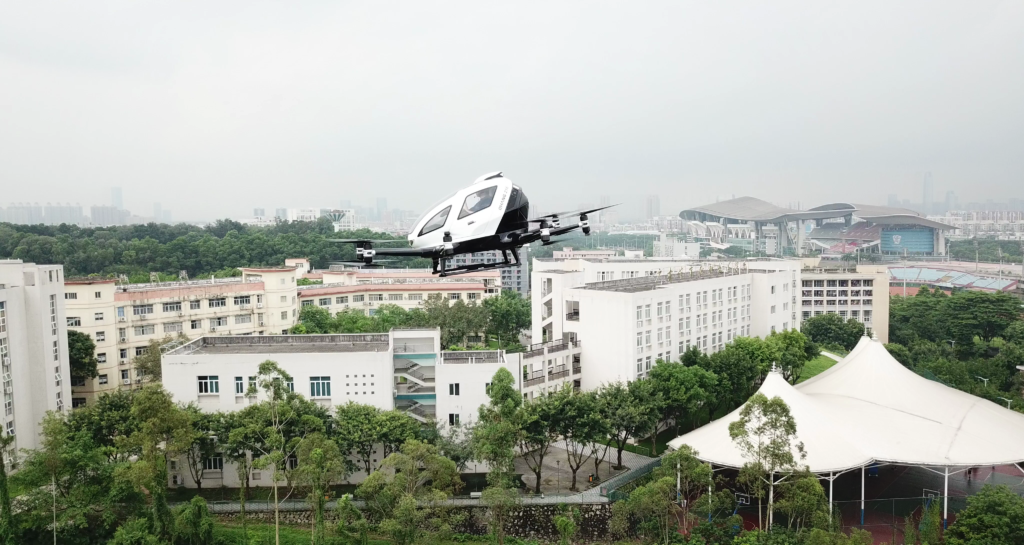 EHang recently partnered with the Guangzhou municipal government to be its first pilot city.

Who is your ideal customer? Is EHang marketing its products towards private customers or towards air taxi services or both?

As a company, we are open to either, but also want to establish meaningful business partnerships. As of recent, we have done demo flight in Vienna, Amsterdam, Doha, and Dubai. In doing this, we want to position ourselves as a global company and work with local partners to get approvals from federal regulators. So I think we will need individual partners and business partners alike to be successful.

There are many different new entrants to the eVTOL and urban air mobility markets how do you plan to remain ahead of that competition in such a fragmented industry?

First of all, I see the competition as a good thing because if you think back to 2016 when we first launched the EHang 184, you didn’t see many companies doing this. There was nobody talking about urban air mobility. Everyone’s participation in eVTOL will help to make the industry grow, which is very exciting.

I’ll say from what I’ve seen of public sources, we seem to be making the most progress towards flight demos and flights with passengers. We’ve carried hundreds of passengers and that has helped to build confidence in the technology of our products. Between that, the relationship with the Guangzhou government, and other developments, I think we will keep going and continue to make our own contributions to the industry.

What are some of the challenges to your continued growth and the overall adoption of UAM and how are you working to get ahead of some of those complexities?

We’re getting to a point now where the aircraft are becoming very safe and reliable. At EHang, we’d like to do better seeking out new partners and opportunities to showcase our technology and demo sites. I think the social acceptance of the general public will be one of the biggest challenges before the mass usage of these vehicles. But in terms of the safety and technology of our vehicles, we’re very comfortable in light of the number of successful tests we’ve had.

My last question for you on that note, if I’m a member of the general public, why should I particularly be interested in UAM?

I think eVTOL is a fundamental need no matter where you live. If you live in big cities, traffic can make it take much longer to get from Point A to Point B. This is something the general public needs to keep their eye on, it’s going to change the way we commute. I think people might have questions about the safety or regulation of these vehicles, but the need for eVTOL is enormous for everyone.