Singapore plans to improve its already world-class transportation system by welcoming U.S. firm Bell Helicopter and Germany’s Volocopter to introduce their products and services to the island city-state. 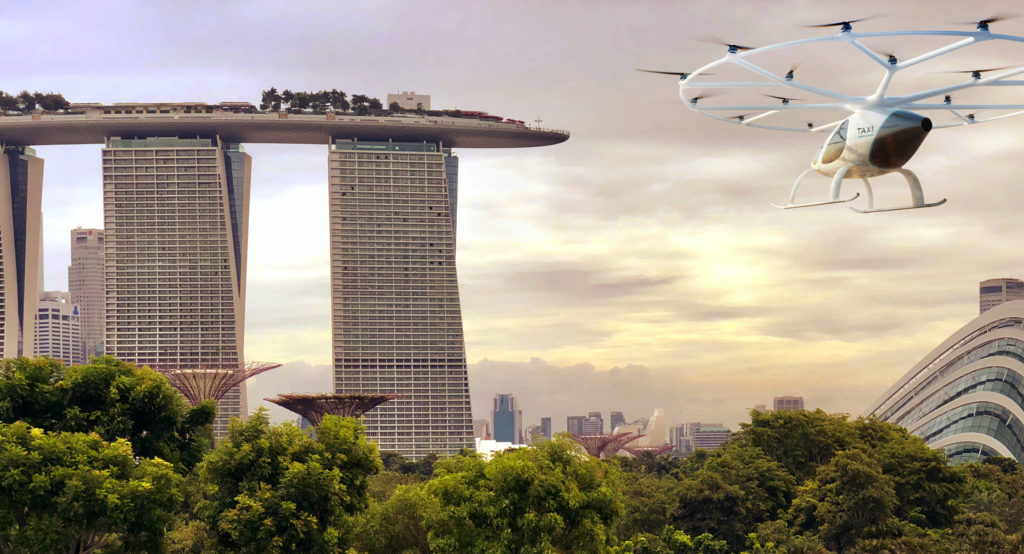 Bell Helicopter air taxis are expected to take flight in Singapore in 2025, while Volocopter is looking to launch air taxi demonstration flights there as soon as the second half of this year. A handful of urban air mobility startup companies were deterred from establishing business in Singapore due to factors such as the unavailability of infrastructure. However, Volocopter’s announcement of plans to construct vertiports later this year could very well entice more and more companies to also build infrastructure in Singapore. In fact, despite the initial doubts, consulting firm Roland Berger has predicted that the nation will see growth in terms of passenger volumes to 3,000 within the next six years.

In May of 2019, Volocopter confirmed and elaborated upon initial statements regarding test flights slated to take place later this year. Singapore will be the first location of Volocopter’s flight test program and will result in the country’s first-ever air taxi vertiport. According to Volocopter, “public flight trials have been scheduled to take place in the second half of 2019.” The company has received consistent, strong support from the Ministry of Transport, Civil Aviation Authority of Singapore, and the Economic Development Board. Learn more about the plans regarding the “Volo-Port” here. 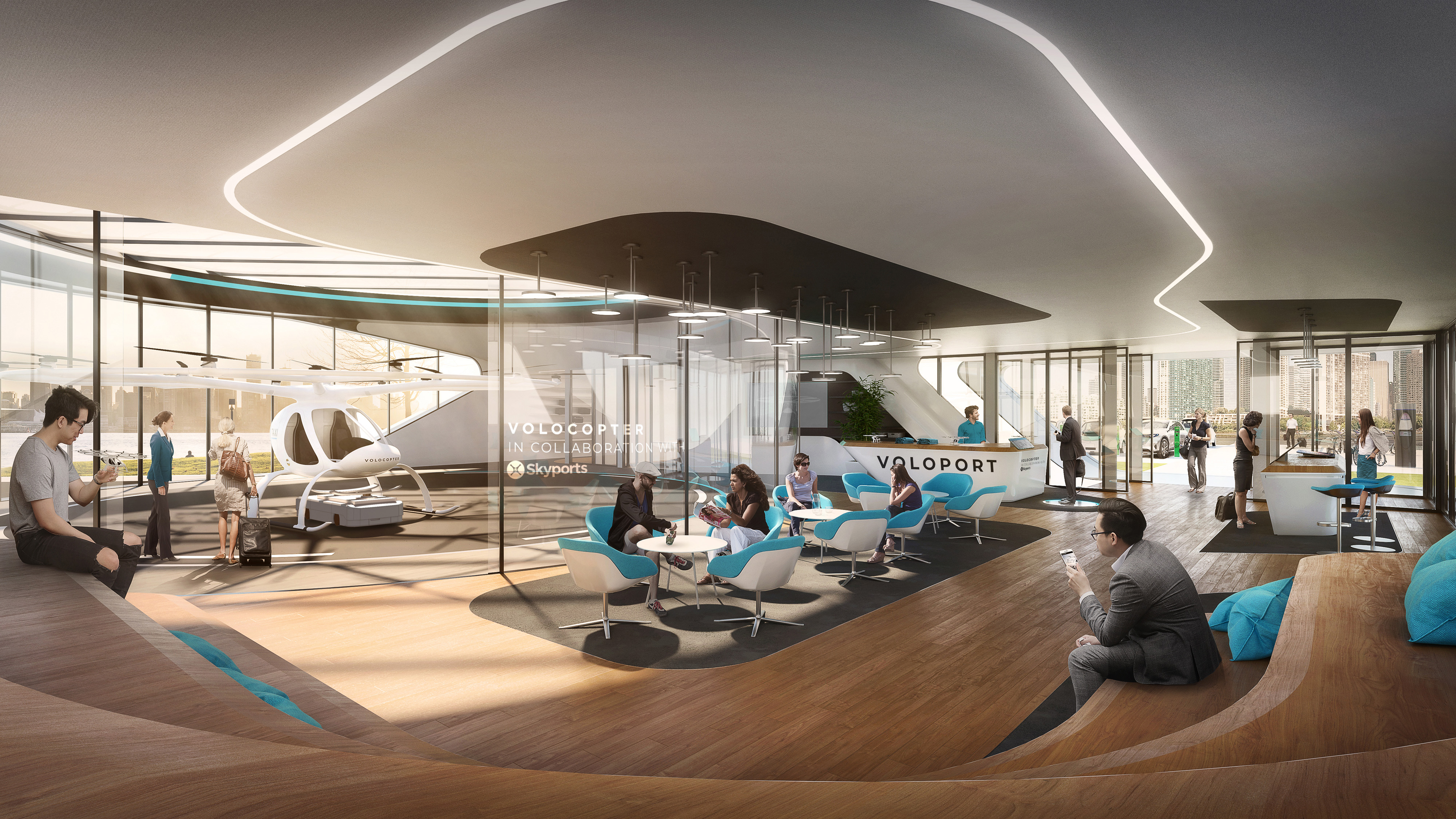 Rendering of how a future Volo-Port may look.

The Volocopter 2X is the company’s flagship eVTOL and features 18 propellors, all arranged in a circular symmetrical pattern. Volocopter has been successful thus far in garnering public support and has even hosted ride-along events in the vehicle for high-profile individuals. The current design includes a capacity for two passengers, a high level of redundancy, and a range of 27 kilometers. To read more about the technical specifications of the aircraft, visit our Hangar.

Volocopter has not only been developing its own vehicle and infrastucture, but has also been conducting analyses of the of urban air mobility as a whole. Just last month, Volocopter published a white paper that focuses on how to to overcome barriers for urban air mobility, covering issues like development, certification and service launch. Specific sections of the document discuss safety, noise emissions, range & speed, operating costs, capacity, and usability. Read the full white paper here.

Why it’s important: Through its latest agreements with Bell and Volocopter, Singapore may likely be the starting point for urban air mobility globally. As new transportation services are integrated and offered to the public in Singapore, the country will begin to set a model and standard that the rest of the world can follow.