We are on the cusp of a revolution in transportation that has far-reaching implications, from how we get across town to a change in how peoples and nations interact. Advanced aerial mobility — the impact on aviation of electric propulsion and autonomy — represents the inclusion into our transportation mix of a mode that doesn’t depend on building and maintaining every mile of connecting path as expensive infrastructure. In other words, aerial mobility is a nodal transportation network, in contrast to road and rail that are linear networks. The flexibility, resilience, and low resource intensity of nodal networks are key strengths. 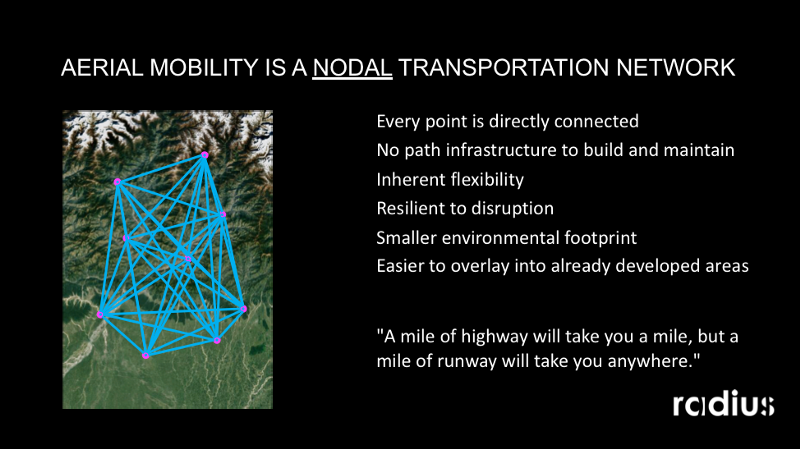 A nodal network’s advantages are exemplified by the ancient civilizations that excelled based on similar transportation in their time — water.

Some early civilizations developed along rivers ideal for transportation. Consider Ancient Egypt: The Nile river supported a large population under one economy and one governmental structure. Sailing across, up, or down a river, all points are directly connected with no pathways to build or maintain. Only the boats and ports need to be supplied.

Egypt’s easy transport enabled economic growth that left them able to devote resources to progress in other areas such as government, architecture, and the sciences. Egypt advanced relative to its peer civilizations and became one of the first to develop into a national identity. 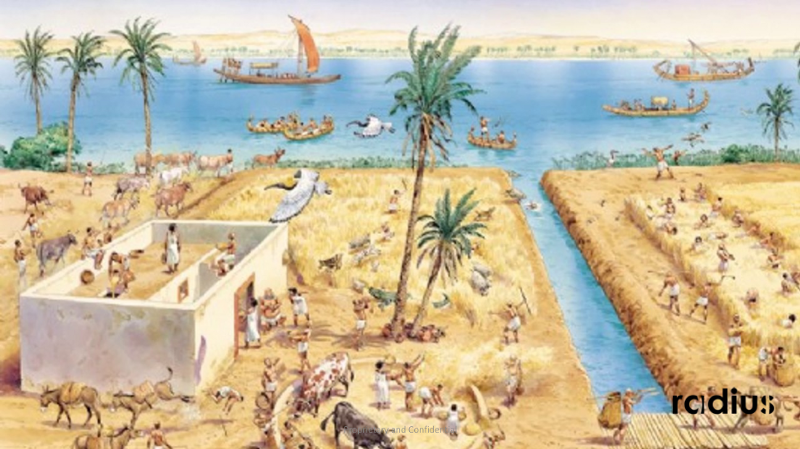 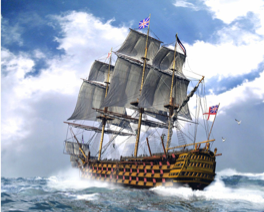 Water transportation stood out again in the pre-industrial age, as advances in shipbuilding and deep-water navigation enabled countries with mastery of this technology to extend their reach across oceans. The economic and geopolitical implications were profound, including Europe’s expansion into the Americas and culminating in the British Empire. 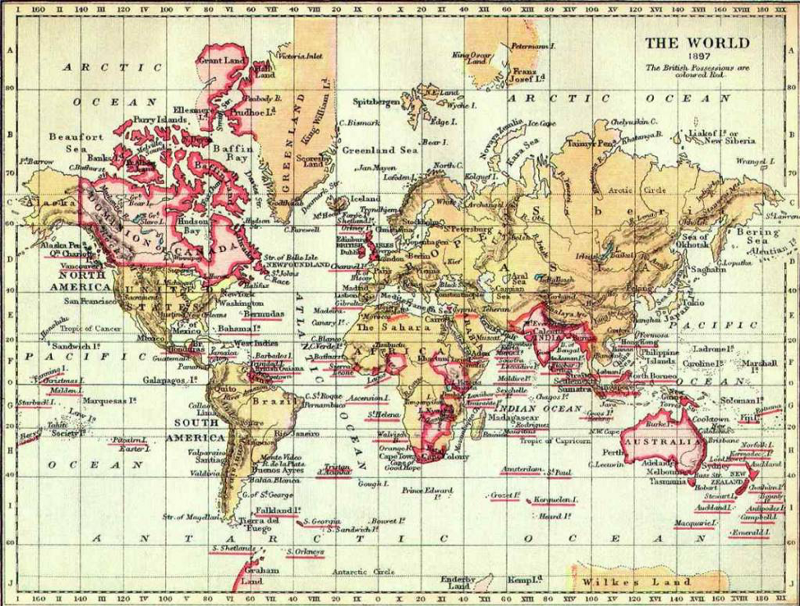 But overland transport remained difficult, leaving regions not endowed with rivers or coastline behind. During the industrial age, new technology shifted the effort to building linear transportation networks with investments in rail and road to connect the interior. By 1880, the rich economies of Europe were crisscrossed with rail. 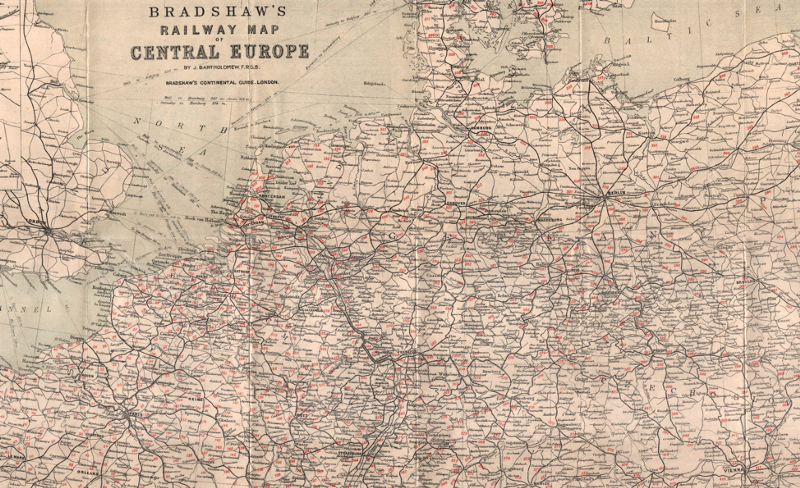 Roads and rail differ from water in that every mile must be built and maintained. Routes are fixed and limited in capacity. They make a permanent imprint on the landscape, influencing future behavior for centuries. These networks are costly, but for countries with large economies and strong institutions to manage the investment over time, the return on investment was and still is worth it. 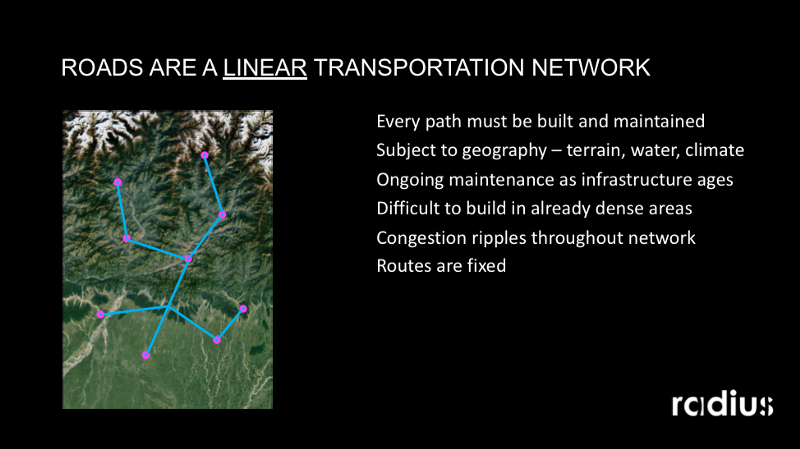 In the modern age, nodal networks which dominated transportation throughout history have taken a back seat to linear networks. Today, ocean transport and commercial air travel are only a very narrow slice of our overall transportation systems. Indeed, the modern world runs primarily on roads and rail.

However, the consequences of this are growing ever more apparent. Megacity regions push the limits of road scale and congestion. Infrastructure becomes costlier to maintain with age. In the United States, our infrastructure is falling behind yet we spend $145 billion annually maintaining our road networks. That amounts to one dollar in road maintenance for every 22 miles traveled each year. In contrast, our $4.1 billion annual spending to maintain the “airside” of airports (the runways, etc.) supports 205 passenger miles per dollar spent. Even as congestion increases, such maintenance costs leave little to continue expanding our roads, particularly in already-built areas. Clearly, alternatives are needed. 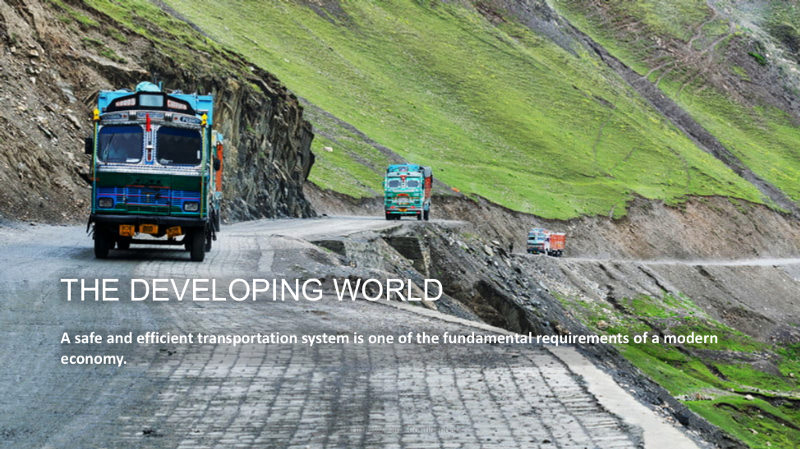 The developing world has another challenge. There, it is an inability to afford a proper road network in the first place. Countries struggle under the burden of building and maintaining sufficient road networks to support economic growth that would feed a virtuous cycle. Roads deliver a benefit only once a country has invested to build out an extensive and high-quality network and then sustained that network long enough for the resultant economic growth to kick in. Compounding this, in developing economies that growth response can take longer. 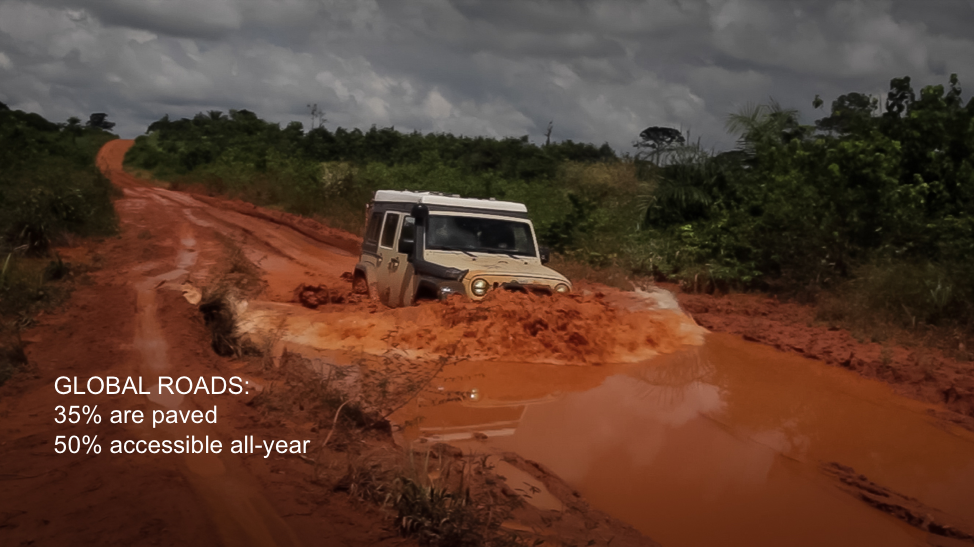 That’s the theory, at least. In practice, the results are mostly disappointing. Today, the billion people living in the richest countries have 10 times more roads per person than the billion people living in the poorest countries. This proportion is consistent across sparsely as well as densely populated countries. For the poor countries to build their road networks up to the equivalent extent of the rich world, they would have to construct 13 million miles of roads — more than twice the size of the U.S. road network — and at a cost of over $5 trillion. 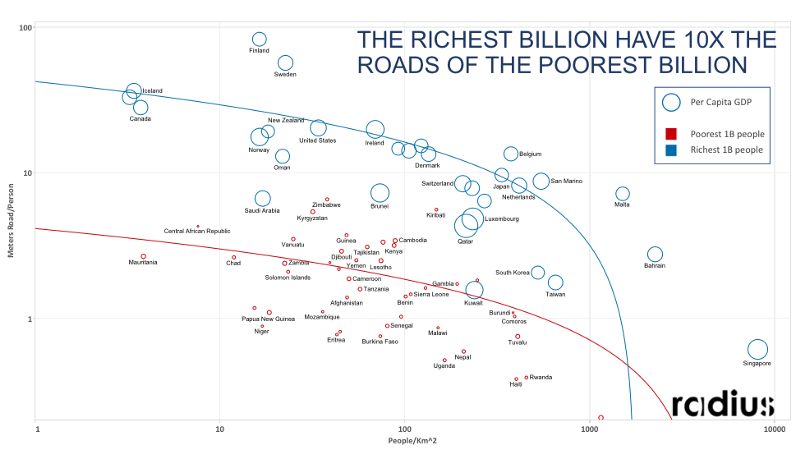 This deficiency is not just about economic growth — it is about missed opportunities for over a billion people. Opportunities ranging from education to health care to the ability to start and grow a new business. All of these things ultimately depend on making connections through transportation.

Rather than depend solely upon linear road networks in countries not yet able to see a return on them, I believe we can create a better solution. What is needed is a lighter-weight transportation capability that delivers essential benefits at low development and maintenance cost. By starting with a thin overlay of high-speed flexible transport, we can deliver essential or high value goods that have the greatest impact and provide a more robust connection for public services to reach remote populations. Medical supplies are an obvious starting point that are already being delivered this way. This becomes the seed of a modern form of nodal network, one not constrained to water. Advanced aerial mobility, in its many forms, can be a crucial enabler of this solution.

More broadly, aerial mobility represents a fundamental step forward allowing any society in the world to incorporate a transportation system that is nodal in nature. In a way, this is a return to what has proven superior throughout history. As a complement to linear networks, it allows us to put high-priority movements such as medical emergencies and disaster relief onto a resilient high-speed network not subject to disruption on the ground. As we gain experience, the scale and use cases expand dramatically.

But wait, are we neglecting the role aviation already plays in connecting the world? Not at all. Aviation works when we overcome the complexities of operating in aerial networks with highly trained professionals throughout the system. However, 20th-century technology has held us back from going any further. Commercial aviation is, in fact, a telltale indicator of the impact when new technology brings its benefits down to short trips and small vehicles operating on-demand. The applications and benefits are too numerous to list here but my article, Technology is Redefining Flight, describes the technological changes at work and the new platforms that are commercializing.

In this article, we’ve taken a fast trip through the long historical arc of transportation’s role in society. Through this lens, we see that flight enabled by new technology is about more than drone deliveries and air taxis. It has far-reaching implications for both megacities and remote expanses of the developing world. The incorporation of a modern nodal transportation network into society is a major step forward and offers subtle yet transformative benefits. We have a lot to look forward to, as leading edge of this transformation is already here.

About Peter Shannon
Peter Shannon is a partner at Levitate Capital and an investor in advanced aerial mobility, formerly in sustainability and tech. He is also an entrepreneur and software engineer, as an Editor for Radius Mobility.