Dan Kodsi of the Paramount Miami Worldcenter project has just become one of the first real estate developers to fully commit to the future of flying cars. 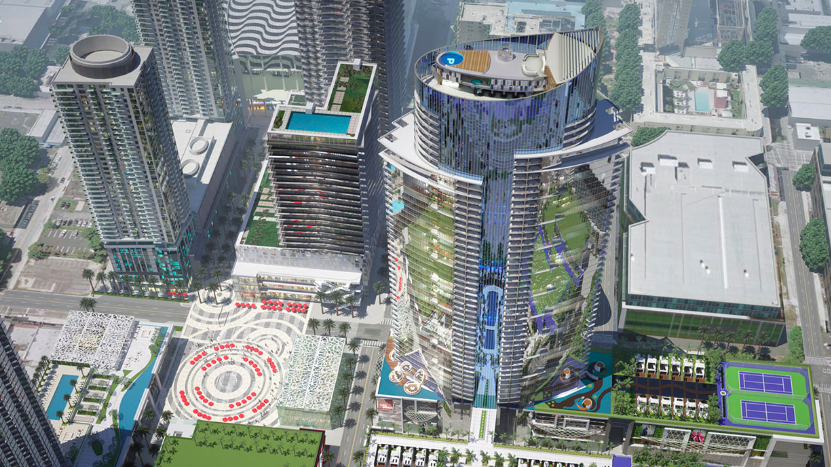 Dan Kodsi is CEO of the Royal Palms Companies, a real estate developer of condo residence complexes in Miami. The new building design for the Paramount Miami Worldcenter features a landing pad that rises out of the rooftop swimming pool that is dedicated specifically to urban air mobility vehicles. The top floor of the building will be complete made of glass, and will act as ‘sky lobby’ for commuting passengers.

Kodsi is convinced of a future for urban air mobility, saying, ““It’s not a question of if, but when.” His vision is to transform the 2-hour car commute from Miami to Palm Beach into a 30 minute flight for his residents.

He was inspired to add the launch pad to the building by the latest news from Uber Elevate, which states a 2020 goal to begin testing. Kodsi hopes that “stop-and-go traffic to the suburbs could become a burden of the past for PARAMOUNT residents.” 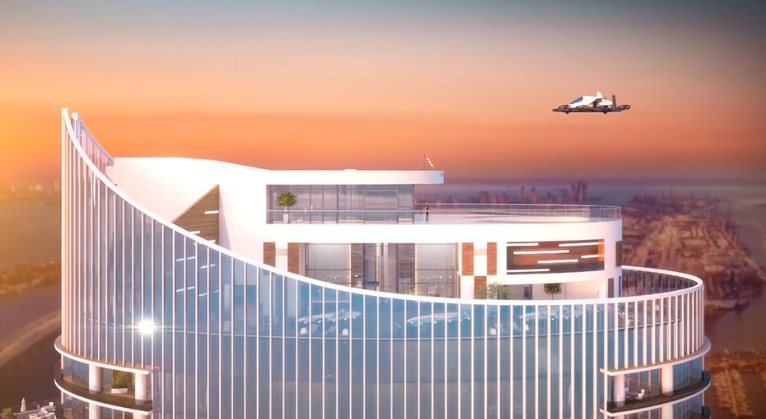 This news comes among many other similar stories. Last week, Burbank resident Rick Perkins, who commutes two hours daily, showcased a house he built in west Los Angeles that includes a launch pad for the Workhorse SureFly built next to the deck’s swimming pool. 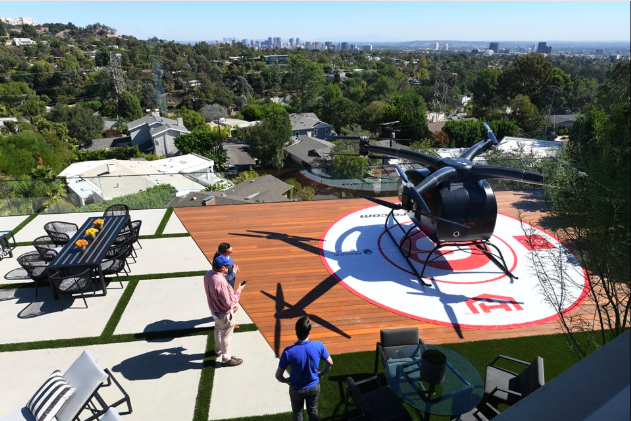 And in September this year, the Taskers residential development in Australia began building the country’s first apartment building with a vertical take-off and landing space to accommodate air taxis. 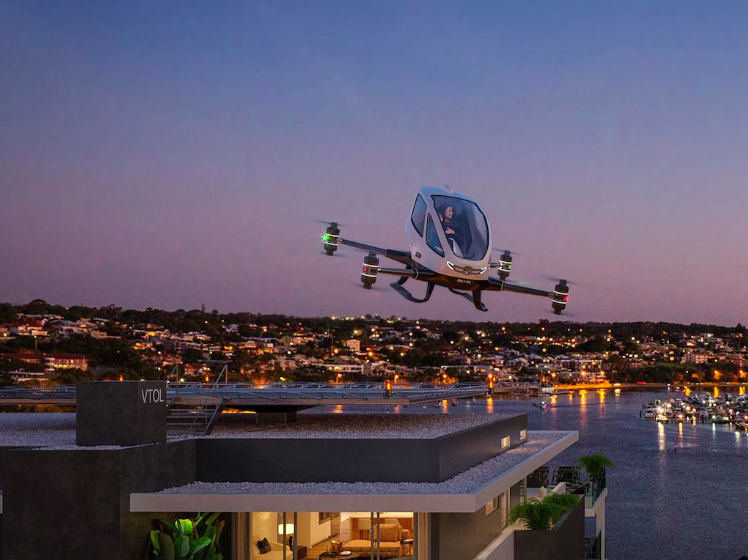 The landing space will also accomodate delivery drones as well, and is designed to allow each resident their own accessibility to the landing pad to wait for their air taxi or collect a drone delivery. 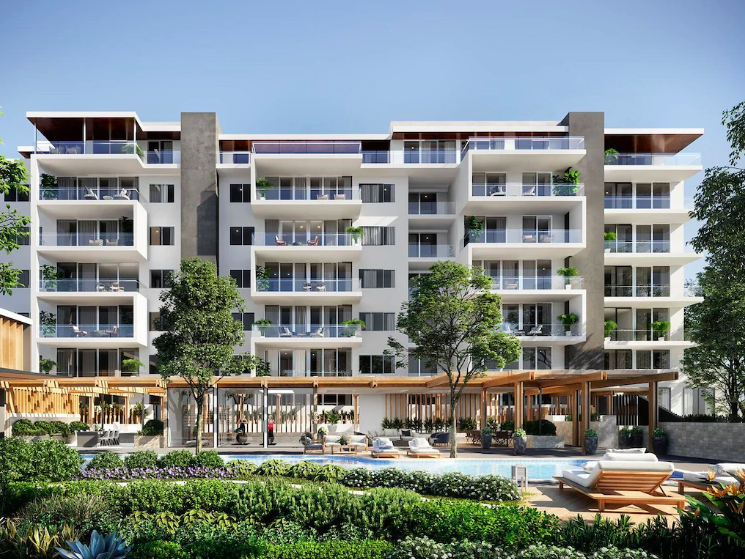 A rendering of the upcoming Taskers apartment building in Australia

Why it’s important: Apartment buildings and residences all over the world are gearing up to ensure that their spaces are accessible for VTOL air taxis. These landing pads are by no means cheap to construct, which means that these these businesses must consider the added value of the landing pads well worth the investment.

Real estate investors the world over are sure that adding air taxi compatibility to their buildings will give them a competitive edge in the market, indicating a strong future for flying cars.