The British government has granted approval for Hyundai and Urban-Air Port to build the world’s first eVTOL hub in Coventry. Set to debut later this year, this facility will serve as a port for eVTOL aircraft and autonomous delivery drones. Hyundai and Urban-Air Port also intend to use this opportunity to display the full potential of aerial mobility in the UK and worldwide. The Air-One hub will be a temporary airport in the Coventry city center, and will hold live demonstrations intended to showcase the utility of eVTOLs and drones for the purpose of aerial mobility, including but not limited to transportation, autonomous logistics, and disaster emergency response.

By November 2021, the Air-One hub will be up and running, partially due to a £1.2 million (about $1.65 million) grant from UK Research and Innovation’s Future Flight Challenge. According to the official press release, the Air-One hub will take up less space and resources compared to the average helipad or airport. The Air-One hub is zero-emissions, and will have the capability to operate completely off the grid. 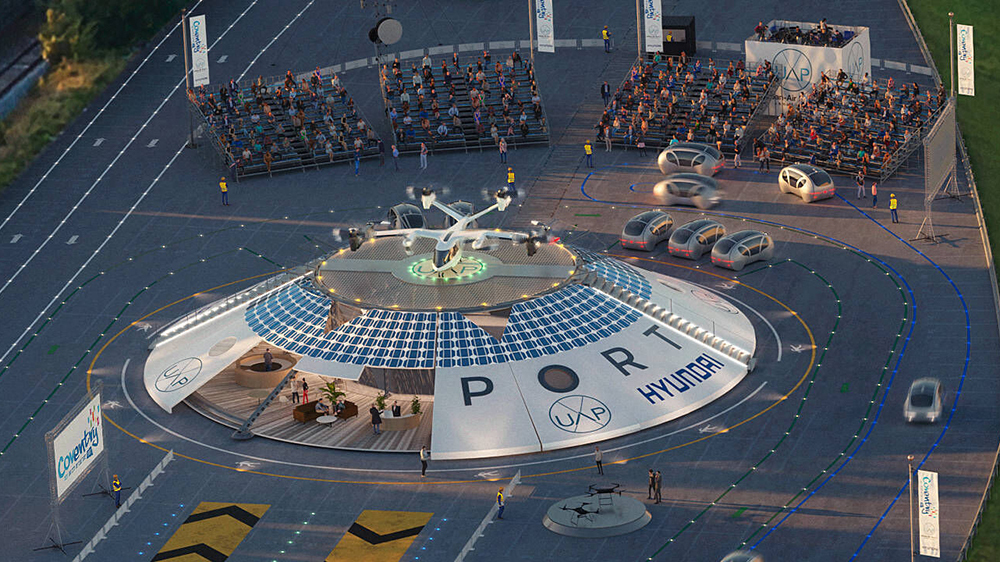 Why it’s important: The approval to build this temporary hub in the UK represents a huge step for the industry. Successful demonstrations at the Air-One hub could help improve optics for sustainable aerial mobility as well as accelerate the development of aerial mobility infrastructure worldwide.