Elroy Air has successfully raised $40 million USD in its Series A funding round, for a total of $48 million to date, in order to continue building, testing and validation of Elroy’s autonomous cargo drone. The funding round saw financial support from Lockheed Martin’s venture capital arm, Marlinspike Capital, and Prosperity7, in addition to financing from existing investors Catapult Ventures, DiamondStream Partners, Side X Side Management, Shield Capital Partners and Precursor Ventures. 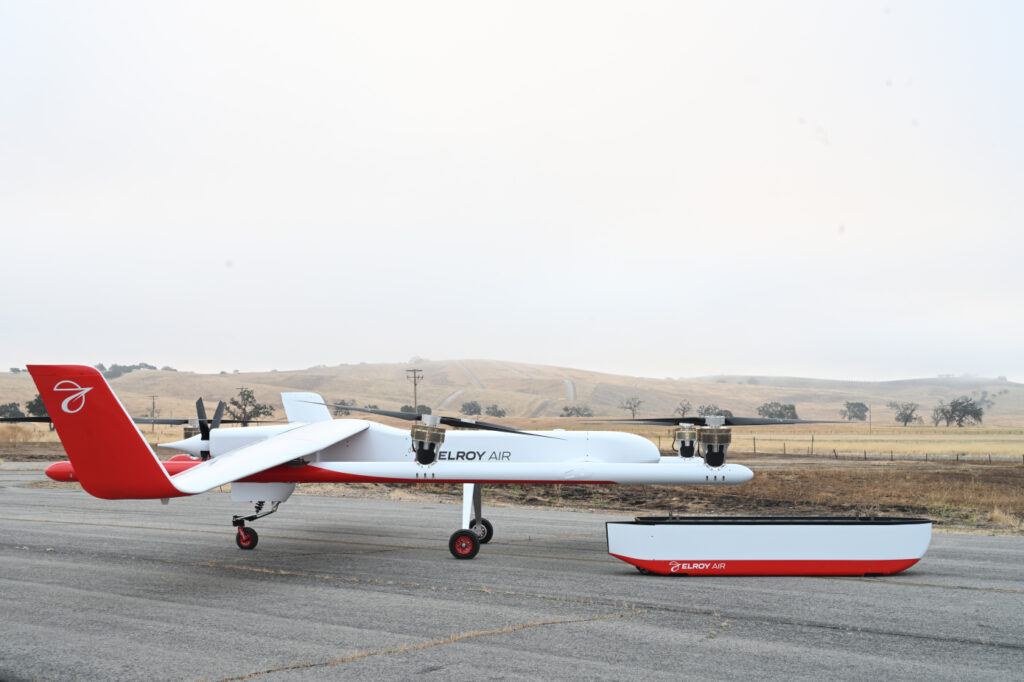 According to David Merill, cofounder of Elroy Air, “The space of drone delivery has risen up quickly with small last-mile drones […] and now this new chapter is opening for middle-mile [cargo delivery],” Merrill said. “We’re excited that the technology is ready to support this, customers want it, and we’ve built a team and assembled the funds to go after it.”

Elroy Air’s flagship autonomous cargo aircraft, the Chaparral, has a highly effective design for regional autonomous cargo transportation, able to deliver 300-500 lbs of cargo for a range of 300 miles without a need for a pilot. The Chaparral will be a hybrid-electric aircraft, implementing electric propulsion through propulsors, a generator, and a turboshaft jet engine. In addition, The Chaparral’s cargo pod can autonomously attach and detach from the main body of the aircraft through a cargo handling function which utilizes GPS and sensor to autonomously pick up and drop off the pod.

The Chaparral will see usage for both the military as well as the commercial market, provided it finishes flight validation with the US military as well as flight certification with the Federal Aviation Administration. Specifically, the Chaparral will require a Type Certificate as well as a Part 135 certificate in order to operate within U.S. airspace for commercial purposes. Currently, Elroy Air remains open to the exact services that it will provide commercially. It may provide the Chaparral’s systems to cargo delivery companies who wish to outsource fast regional delivery methods, or use the Chaparral in its own cargo delivery operations as well.

Why it’s important: The strong success of Elroy’s Series A funding round now opens up Elroy’s ability to proceed with development and certification of the Chaparral, which will be vital if Elroy wishes to use the Chaparral in domestic markets. While Elroy Air currently has no specific plans to enter the passenger transportation industry, the success of the Chaparral may open up future opportunities to develop further products in aerial mobility industry as well.