Helicopters vs eVTOLs: How will going electric improve aerial mobility?

eVTOLs have benefits that helicopters won’t be able to compete with.

How will eVTOLs improve aerial mobility in ways that helicopters haven’t?

Helicopters are the world’s current solution to aerial mobility: a time proven system that effectively transports people and goods short to medium distances, with vertical takeoff and landing capabilities to boot. Air taxi services utilizing helicopters have operated since the 1950’s, New York Airways being one of the famed initial operators that was profitable until a crash in 1977 resulted in the company going defunct.

Today, companies like BLADE have successfully implemented shared-seat and private charter model air taxi services in locales such as New York, and other mobility companies like Uber have followed suit and launched their own platform, Uber Copter in mid-2019, also operating in New York City. The usage of helicopters for on-demand aerial mobility services extends beyond the United States – Voom operates Airbus Helicopters in Sao Paulo and Mexico City. All of these companies share a common intent, which Airbus’ lists on their website:

By providing daily commuters with a more efficient transportation option, Voom addresses the challenges associated with traffic congestion in cities. At the same time, Voom enables Airbus to lay the groundwork for our longer-term vision of urban air mobility in which urban transport is powered by electric vertical take-off and landing (eVTOL) vehicles.

BLADE, Uber, Voom, and other companies intend on making the transition to eVTOLs when the time is right. But given the operational history and depth of knowledge in a proven system like the helicopter, why expend the extra effort to replace helicopters with an entirely new system? 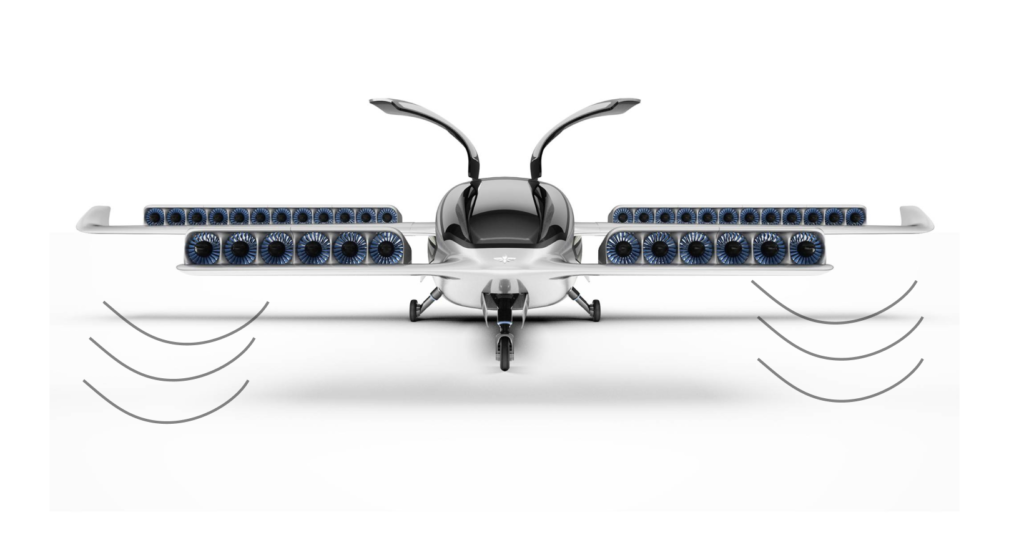 One of the greatest obstacles to launching any aerial mobility service is noise and visual intrusions to the public. Many aerial mobility companies that intend on utilizing eVTOLs must overcome the hurdle of community acceptance. Fortunately, existing operators have accomplished this goal with an even more challenging (and louder) system – the helicopter. Among key aspects to reduce noise and visual pollution are electrification of the power plant (reduction in turbine noise emissions) and leverage original propulsion systems (smaller rotors) that output proportionally less noise than a singular rotor system like a helicopter. Resultantly, eVTOL OEM’s prioritize noise impact reductions as a key feature of their designs and promote quieter skies as a major advantage for eVTOLs over traditional helicopters.

eVTOLs represent a step forward for vertical flight as designs progress away from single rotor to distributed propulsion solutions. Many eVTOLs use IDEP (Integrated distributed electric propulsion) employing several (sometimes up to 18) rotors for vertical lift. Rotor speed is independently controlled, thereby improving handling qualities and redundancies in the instance a single rotor should experience an anomaly. According to Uber Elevate’s whitepaper, eVTOL developers claim to achieve levels of safety four times safer than that of helicopters (which equates to approximately double the current safety standards in autos).

Additionally, the majority of helicopter accidents occur due to pilot or planning errors. With the advent of advanced autonomous flight control systems (updated with weather, air traffic information, and iterative flight path information) eVTOLs reduce risks associated with operator error. Even the initial piloted operations of eVTOLs will still be enhanced by the greater capabilities of flight control augmentation and situational awareness that accompanies vehicles designed for autonomous operation. 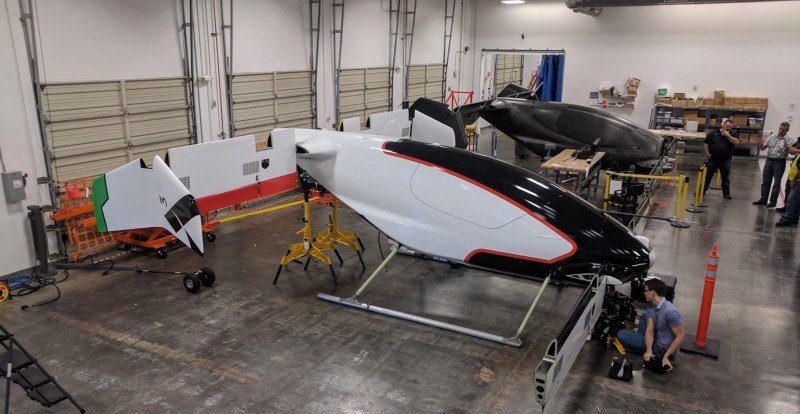 Manufacturing helicopters is complicated and expensive. While eVTOLs achieve similar levels of fuselage and materials complexity, many of their propulsion systems are plug-and-play: most eVTOL concepts use many of the same type of brushless DC electric motor for propulsion. While helicopters use turbines and transmissions to translate energy to thrust, electric motors driveshafts on eVTOLs are directly attached to fan blades, negating the need for transmissions. These manufacturing considerations also translate into MRO (Maintenance, Repair, and operations) architecture for aerial mobility. Helicopters require a complete overhaul of their turbine approximately every 2,000 flight hours. eVTOL motors will likely adhere to similar regulations, but in lieu of an expensive and time-consuming overhaul, electric motors would simply be removed and replaced in a few minutes.

The Beta Technologies AVA, a fully electric eVTOL that began life as a Lancair.

The most direct benefit of eVTOLs over helicopters is electrification. Electric power (at the point of operation) is cheaper and cleaner than operating gas turbines. While mid -size helicopters typically consume 50 gallons of Jet-A per hour (or $200/hour of fuel assuming a nominal Jet-A price of $4/gallon). The predicted electricity costs for an eVTOL is approximately 8.2 cents per mile [Uber Elevate Whitepaper], and at a nominal speed of 50 miles/hour, equates to a whopping $4/hour for “fuel”. In fact, for the same price as an hour of fuel for a helicopter, an eVTOL could fly over 2,400 miles (assuming recharging stops of course).

Additionally, electric operations reduce carbon emissions at the point of operation. While the electricity powering eVTOLs may not be 100% sustainably generated, electrification of aerial mobility (and aviation in general) will continue to grow as it has over the last 10 years – many examples of electric training aircraft, small commercial concepts, and hybrid systems are in operation around the world today.

At scale, eVTOLs intend to conduct aerial mobility operations autonomously, and integrated with airspace management systems to oversee the volume of air traffic in a highly populated urban area. Using these low altitude airspace management platforms such as AirMap and Boeing’s Skygrid, the need for pilot and air traffic controller are eliminated. Most exciting, autonomous flights such as these have already occurred – EHang completed multiple passenger-carrying autonomous flights at the 2019 Northeast Asia expo in Changchun.

So when can we expect large-scale commercial operation of eVTOLs?

Although we won’t see autonomous eVTOLs buzzing around the skies of LA, New York City, Tokyo, or London next year, progress is being made every day to enable commercial operations of electric vertical takeoff and landing aircraft. Helicopters currently serve as the gateway to lay operational framework, but studies such as one from Morgan Stanley’s research arm estimate that eVTOL aerial mobility services could be valued at up to $1.5 Trillion by the year 2040.

Over 100 companies are developing eVTOL aircraft, and Uber claims that it will launch initial services within five years. Several of the world’s major aircraft manufacturers including Airbus, Boeing, and Bell are also developing their own aircraft, many of which are already in the flight testing phase of development.

To learn more about the growing world of eVTOLs, aerial mobility, air taxis, and more, visit TransportUP’s homepage at TransportUP.com