Russian startup Flyter recently unveiled a new video showcasing its PAC 720-200 VTOL. In a recent press release, the company announced that it is now officially looking for investors to help fund the creation of a prototype.

As of late March, Flyter released a new design of its VTOL vehicle designed for two passengers rather than just one. Other notable changes in the design include the addition of two additional under-wing rotors, a shift in the position of the forward thrust propeller, the removal of the fold-out barriers that once encased the rotor blades, and the elimination of an interchangeable cargo pod. In total, Flyter will now have three models available: both a cargo and passenger version of the 720-200 (capable of a 200kg payload weight), and the original 420-123 model. 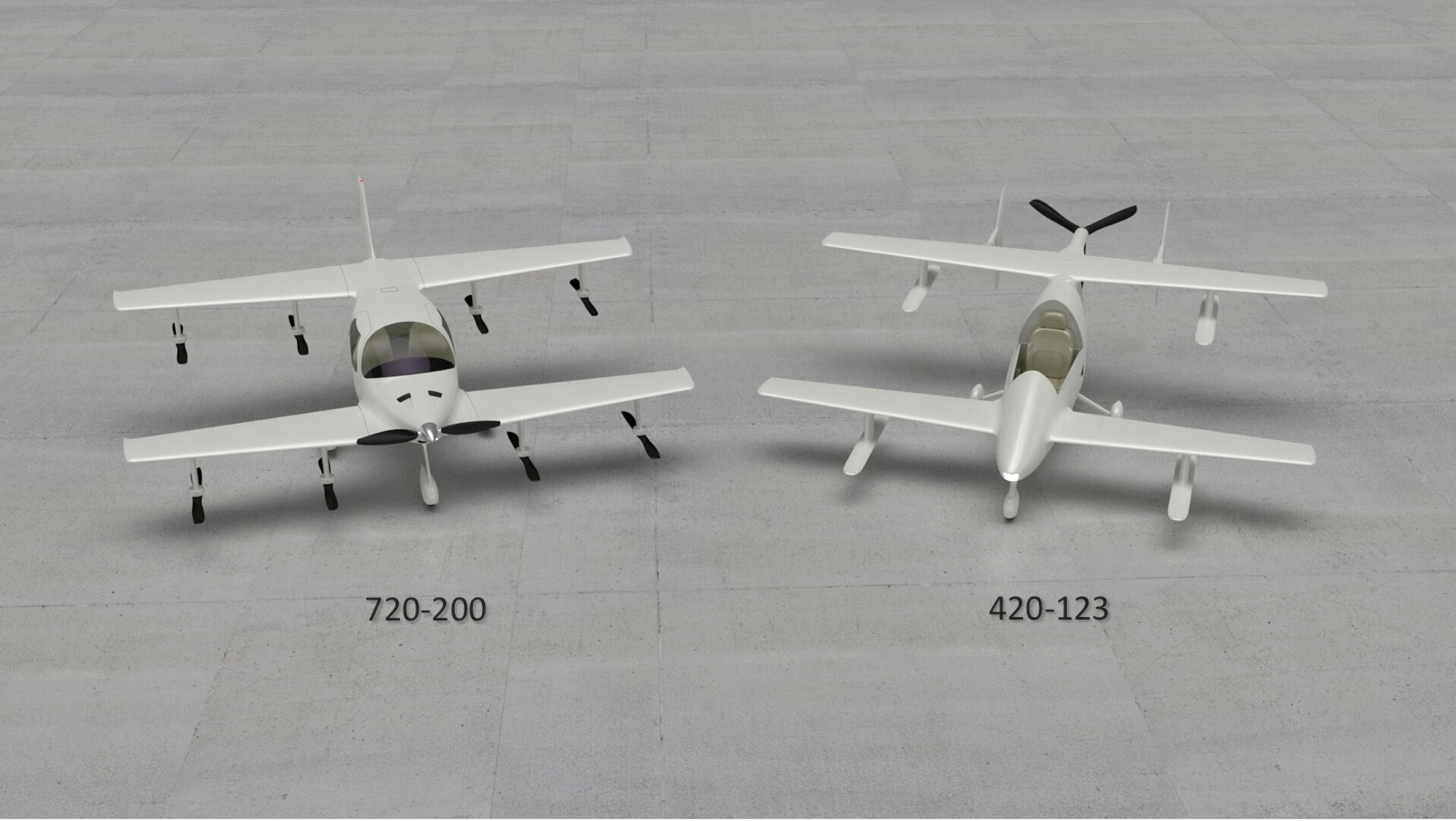 The PAC 720 now also has one tail rather than two and eliminates the fold-out barriers that once enclosed the rotor blades. Another important design choice was that the new version the aircraft can carry two passengers rather than just one.

Flyter’s general VTOL design is unique in that it includes the vertical lift rotors under the wing of the aircraft. The company made this choice in order to create what the company calls the ‘Flyt-effect’, which uses an additional lift propellor to add extra efficiency. Flyter has already tested the effectiveness of this design on a small-scale model and is will soon build a full-scale model to further prove the design. The company hopes that building this full-scale stand will help to determine propellor thrust and define the location of thrust propellors on the pylons beneath the beam spar, under the wing console.

Notably, Flyter has only existed since February of 2018 and has made significant progress since. The latest announcement shows that the company is still very much moving forward. Investors can learn more about Flyter here.

Why its important: Flyter’s unique under-wing design shows demonstrates the multifaceted approach that many companies are taking to UAM. The critical thinking shown here exemplifies the many different possible solutions for UAM aircraft. Additionally, the shift to a two-person vehicle shows that the company is continuing to move toward a market release.