The Agility Prime program is the flagship eVTOL program of the United States Air Force, as an increasing number of military organizations across the world become more interested in applications of aerial mobility technology as supplemental (and eventually in replacement of) current mobility offerings for both manned and unmanned missions. The initiative is best described as an exchange of government resources with private companies for knowledge transfer, aerial demonstration flights, and potential aquisitions of various aerial mobility companies that elect to participate.

Beta Technologies and Joby Aviation are engaged in area of Interest One (AOI-1) of the solicitation campaign, which is seeking vehicles capable of transporting three to eight people at least 100 miles (160 kilometers) at speeds of at least 100 mph, with first flight taking place before the end of this year.

In a press release, Air Force program executive officer for Mobility and Training Aircraft, Lynda Rutledge, articulated the organization’s excitement to work with these innovative and quick-moving air vehicle manufacturers. In the first phase of the collaboration, Beta and Joby submitted “solutions briefs”. These led to a second phase in which the Air Force engaged with them directly to assess their vehicles’ commercial viability, operational utility, technical readiness level, certification path, timelines, needs, and opportunities. Now in the third stage, the OEMs may submit full written proposals for the potential award of an “Other Transaction for Prototype” (OTP) agreement. 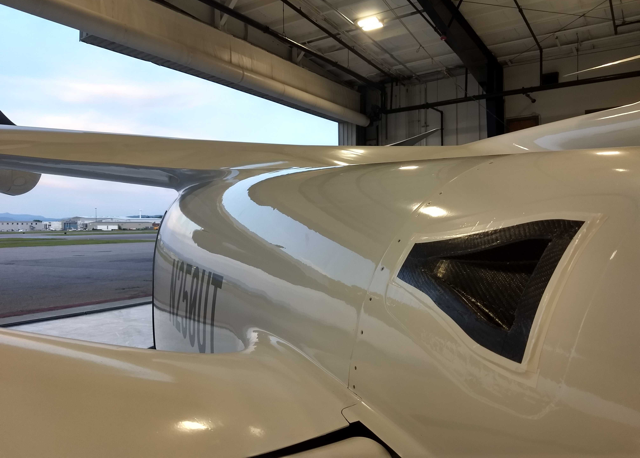 Beta’s ALIA — which will be revealed in its entirety soon — uses four fixed propellers mounted above the fuselage, and a dedicated pusher propeller. Credit // Beta Technologies

Beta and Joby are among the most advanced and well-funded eVTOL developers in an increasingly crowded market. California-based Joby unveiled its prototype air taxi in January of this year, when it also announced $590 million in Series C funding, the bulk of which came from Toyota Motor Corp. Vermont-based Beta — which has already conducted an extensive flight test campaign with its Ava XC prototype — is now poised to reveal its new eVTOL, called ALIA. It has a launch customer in United Therapeutics, which plans to use the 6,000-pound (2,720-kilogram) aircraft to transport human organs.

Why it’s important: The defense sector’s increased interest in aerial mobility is providing a contract diversification opportunity for manufacturers such as Beta and Joby. The companies could greatly benefit in the long run by providing their products to both commercial and military applications, as it would enable financial diversity and mitigate the impact of a downturn in a single sector. The benefit of this strategy has recently been underscored by the impact of COVID-19; as the commercial aviation industry and aircraft orders have stalled, defense contractors continue to fulfill demand at exceedingly high rates.