“CoMotion LA 2019: Where Innovation, Policy and Business come together to design the future of urban mobility” 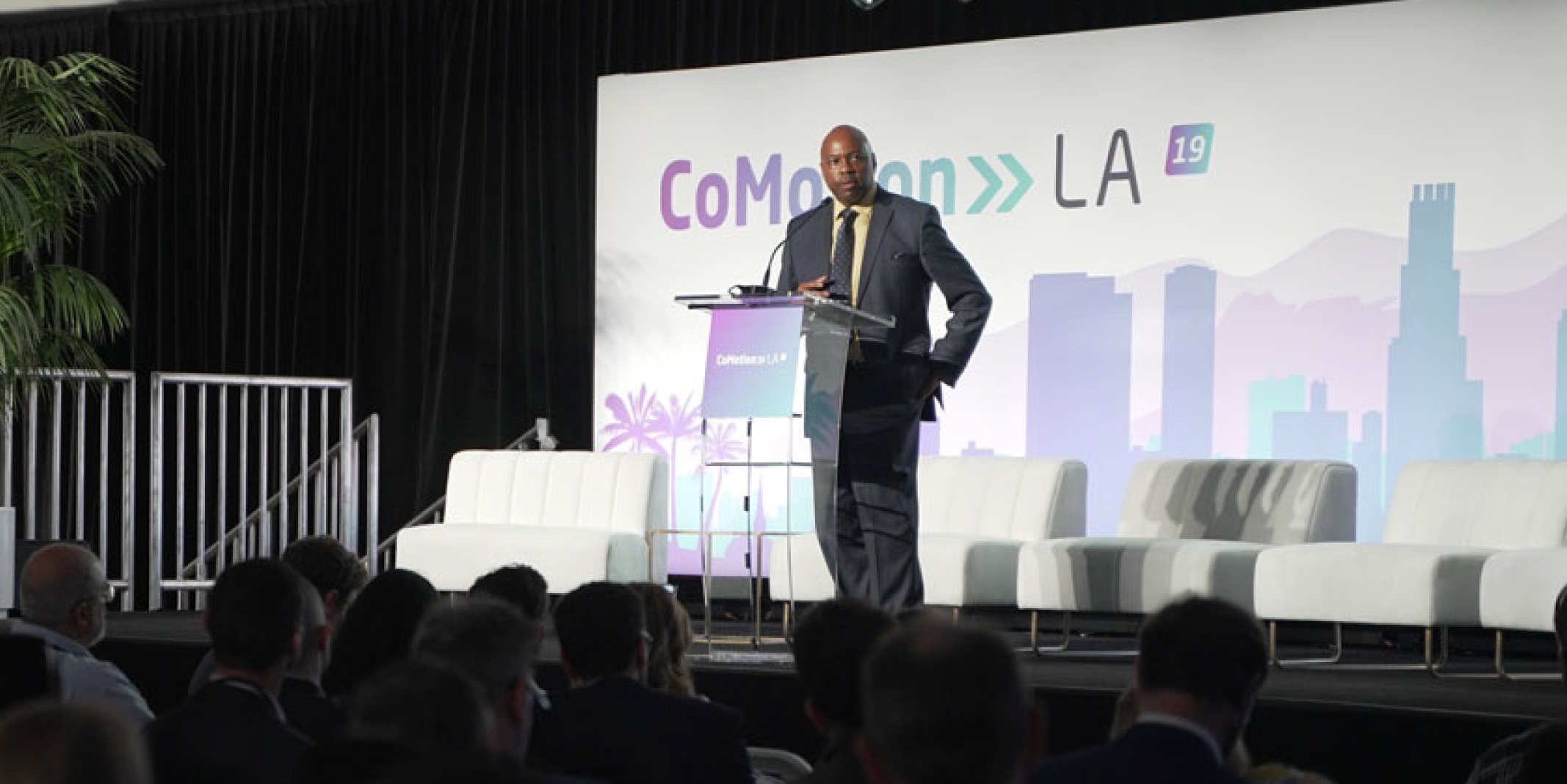 The CoMotion LA Leadership Conference brought together global leaders of the mobility revolution last week on November 14-15, 2019. Reserved for policymakers and industry players from around the world, the event featured curated discussions about how urban mobility is set to transform where and how we live, work, and play — and walk, bike and ride. A portion of the discussions on technology and policy focused specifically on aerial mobility, and highlighted its potential as well as the companies that are leading the charge.

Over the two days of the conference, participants had exclusive admission to the CoMotion LA Leadership conference, exhibits, demos and receptions – all in the heart of Downtown Los Angeles. The technology on display ranged from electric scooters to autonomous urban shuttles, and showcased the most advance technologies that are soon to comprise the urban mobility infrastructure in major cities around the world. Sikorsky s-76 lifts off from an urban helipad. Photo // Sikorsky

One demonstration in LA last week featured an integrated, app-based approach to fulfill a new vision for urban air mobility (UAM). Sikorsky announced that it is working on the tech alongside Otis Elevator Company and the helicopter operator Helinet Aviation. Ultimately, the app will enable users to download a version of Otis Elevator’s eCall smartphone app, which will present them with a choice of destinations and relevant flight times.

The functionality was showcased at the conference where, after participants made their selection on the app, it guided them to an elevator and up to the rooftop of a parking garage. Users were even directed to a specific elevator by the app so as to avoid congestion, and upon reaching the top of the building, they were welcomed to a future heliport concept, designed by Helinet. The demonstration concluded with flyovers by a Sikorsky S-76D, which serves as today’s placeholder for a VTOL aircraft until quieter vehicles become commercially operable.

Why it’s important: CoMotion is a recurring international conference serving as a global laboratory and collaborative space for the future of urban mobility. It will continue to bring together many of the key influencers and doers that will contribute to the seamless integration in to major cities. Meanwhile, Sikorsky, as well as partners Otis and Helinet, are focused on adapting to existing infrastructure. As they make strides and hone in on aspects such as safety and affordability, aerial mobility will incrementally reach a point of being more widely accepted and normalized by society.