According to their official press release, EHang announced that they would be offering aerial sightseeing trips originating from Yantai, a coastal city in East China. The first flights featured the EHang 216 as it took four passengers (in two trips) around the Fisherman’s Wharf in Yantai. According to the passengers, the reviews were glowing: “It was amazing.  I felt safe throughout the journey. The EHang 216 flew at a steady pace with almost no turbulence.  This was my first time to experience such a ‘bird’s eye view’ from the air. I cannot wait to take another trip!”

This event is a part of EHang’s world flight tour, which according to EHang is “aimed to demonstrate the reliability and versatility of its passenger-grade AAVs through safe autonomous flights in various commercial use cases, including passenger transportation, aerial sightseeing, air logistics, medical emergency response.” So far, EHang has successfully completed thousands of trial and demo flights across 21 cities and 6 countries, including China, the United States of America, Austria, Netherlands, Qatar, and the United Arab Emirates. According to Hu Huazhi, EHang founder, chairman, and CEO, “As the world’s first provider of passenger-grade AAVs, we are honored to prove this game-changing air mobility solution by demonstrating flights to regulators, customers, partners and the general public. The positive supports and feedback have strengthened our determination in our quest to bring this new style of mobility to the people.”

The EHang 216 is one of EHang’s most prominent eVTOL designs, featuring a fully autonomous flight system, 8 dual side rotors, and can hold up to two passengers. Learn more about the 216 on our hanger page here. 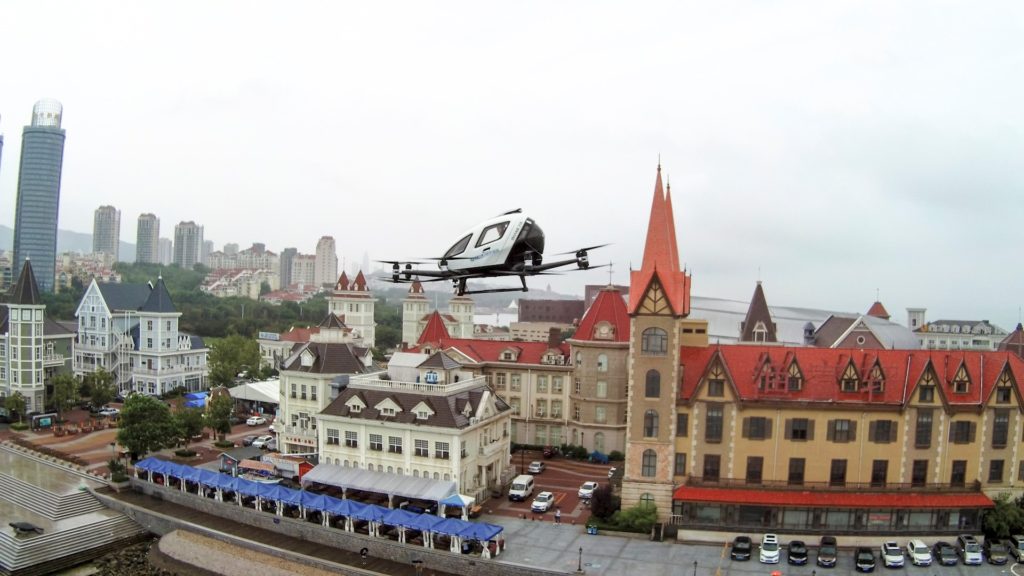 Why it’s important: These most recent flights, featured as part of EHang’s worldwide flight tour event, have spread much acclaim and praise for the aerospace company. While numerous companies have reached the flight testing phase, creating events like these flight tours allow EHang to give the public more insight and positive exposure for their 216 and the idea of “flying cars”.