Chiranjeev, or CJ, as he’s referred to, is developing and testing the world’s first in-flight urban air mobility charging solution. He’s a graduate of the Virgin Hyperloop One program, and his company, Kármán Aero (named for Hungarian aerospace engineer Theodore von Kármán, has already developed a scale model prototype that is functional.

Kármán Aero’s solution to in-flight energy supplies for eVTOLs is ingenious, and simple – aircraft would have two conductive “wire-runners” that would extend outward when charging is to be initiated. The eVTOL would fly between two power lines that are running parallel and contact the runners with the lines, thereby charging the eVTOL. This novel solution will allow for much longer range flights and increase the effective range of many eVTOLs from the 10s to 100s of miles, all without modifying eVTOL designs beyond adding runners to facilitate the flow of electricity.

The system allows for great scalability and amplifies the range and application pool for the growing number of eVTOLs that are currently in development, and brings routes such as Los Angeles to San Francisco into reach when they previously were unattainable due to battery capacity concerns. 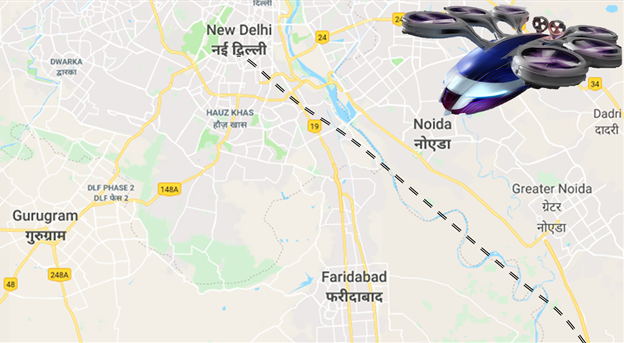 Karman Electric now has a grant to begin working on its full-scale prototype testing in San Antonio, Texas and begin testing by the end of this year. While there are a few regulatory challenges, the Karman’s solution to the problem of battery energy density increasing at 3% per year (extremely slowly) is quite literally a “plug-and-play” solution that involves existing infrastructure. 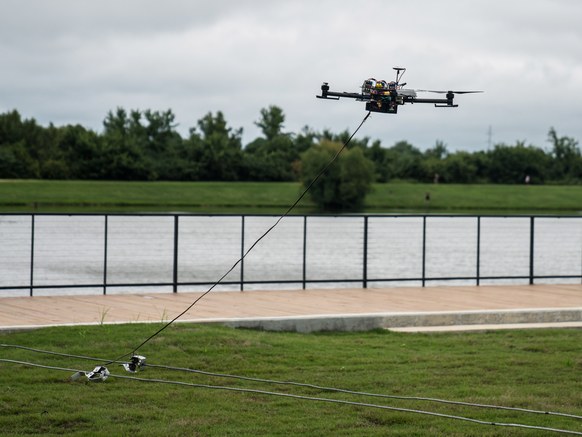 Why it’s important: Kármán Aero is taking a new approach to optimizing the energy requirements of the urban air mobility industry, and the solution is simple, elegant, and practical – little design changes are required to implement the system save converters on power line posts that reduce voltage from 100 to 1kV for charging.