The GoFly competition, sponsored by Boeing, is offering nearly $2 million in prizes to innovative teams who can build a ‘personal flyer’. Interested teams should apply by October 1st.

The GoFly competition, much after the style of the X Prize, is offering a major reward to any team of innovators that can build a ‘personal flying device’ that is “safe, useful, and thrilling”. Specifically, the aircraft created must be a “safe, quiet, ultra-compact, near-VTOL personal flying device capable of flying 20 miles while carrying a single person”.

According to GoFly, the vision behind the competition is to create a well-designed device that anyone of any skill level or experience can fly in any location. The GoFly page states: “It should be a device for ALL: young and old, city-dweller and country-dweller, expert and novice.

Notably, the goal of the GoFly competition is not necessarily to develop air taxis, but enable people to fly. Devices completing therefore will most likely be smaller and more person-focused than many VTOL air taxis seen, but will most definitely encourage innovation among anyone with VTOL knowledge and aspirations.

The VertiCycle, by Electric Jet Aircraft, is an example of the kind of personal flying devices that in the GoFly competition.

Competing teams will have had a total of about two years to complete their VTOL designs. The “Final Fly-Off” will take place in San Francisco, California on Saturday, February 29th, 2020, and Exhibitions, Innovation Showcases, STEM workshops, Master Lectures, and more.

For more rules about the competition and how to enter, visit the GoFly website. 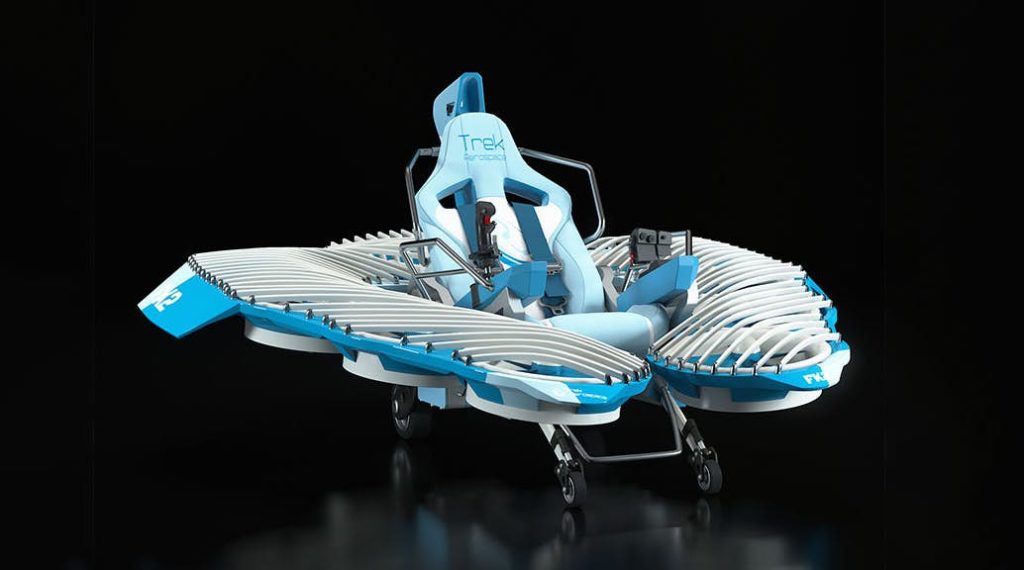 Why it’s important: While the GoFly competition does not focus specifically on air taxis, it does much to push forward the world of personal eVTOL flight. Innovations in flight technologies such as propulsion, energy, light-weight materials, and control and stability systems are likely to result from GoFly, which may eventually be integrated into air taxis. In addition to potential technological developments, GoFly also brings the excitement and potential for personal flight to the public eye.