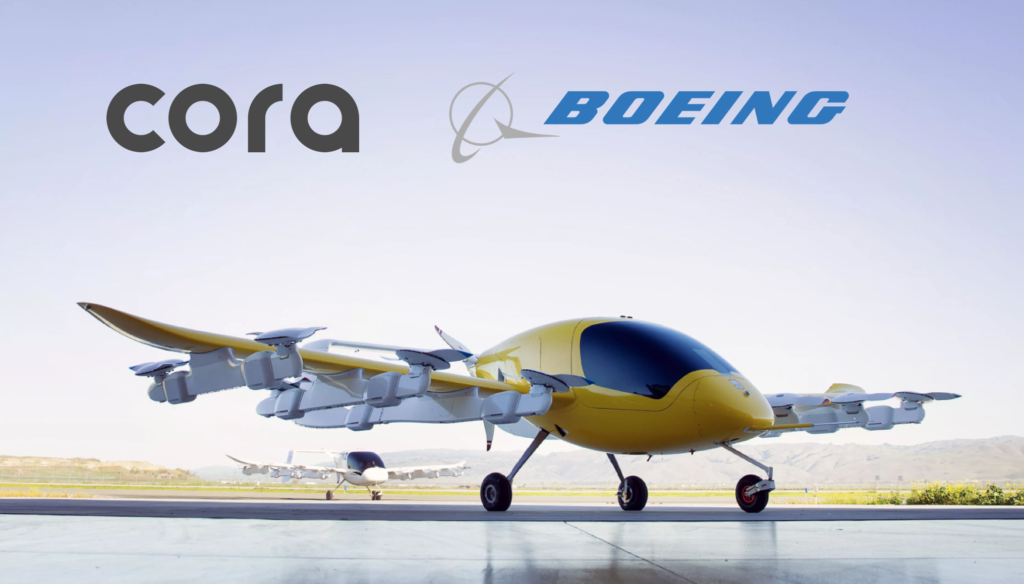 According to the latest press release from Kitty Hawk, the partnership with Boeing will “bring together the innovation of Kitty Hawk’s Cora division with Boeing’s scale and aerospace expertise.” This could mean that Boeing has partnered with Kitty Hawk for the expansion of its Boeing NeXt UAM plans.

Am image from the Boeing NeXt introduction video.

Said Steve Nordlund, vice president and general manager of Boeing NeXt:
“Working with a company like Kitty Hawk brings us closer to our goal of safely advancing the future of mobility…We have a shared vision of how people, goods and ideas will be transported in the future.”

The press release names Boeing NeXt as “laying the foundation for a next-generation mobility ecosystem.”

Boeing also acquired eVTOL developer Aurora Flight Sciences in 2017. Since then, Aurora has been working on the Boeing Passenger Air Vehicle (PAV), which became one of the first prototype eVTOLS to successfully achieve autonomous hover flight in January of this year. Notably, both the Kitty Hawk Cora and the Boeing PAV feature multi-position fixed rotor designs (no tilting parts):

The Boeing PAV (left) and the Kitty Hawk Cora (right)

Why it’s important:  A partnership with Boeing spells immense news for a company like Kitty Hawk. Boeing, being one of the largest aerospace manufacturers in the world, has the capability to fully develop an entire UAM eco-system, as it is planning with the Boeing NeXt program. With the new partnership, Kitty Hawk Cora may become a part of that ecosystem.