Beta Technologies unveiled its newest air taxi design, called the ‘Alia’, this week, when it moved the aircraft prototype from Burlington, Vermont to Plattsburgh, New York. Notably, Beta is one of two companies, along with Joby Aviation, to have been selected by the US Air Force to advance to the next stage of development in Agility Prime. 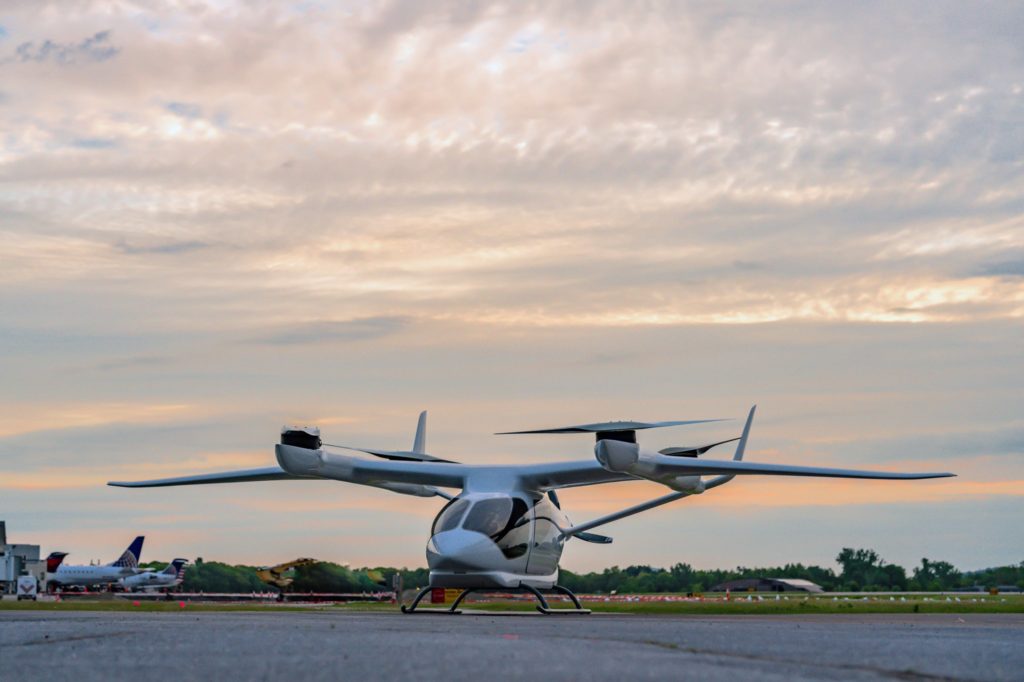 The Alia features four horizontally mounted rotors for vertical lift and a single rear-facing propeller for forward flight, and the entire aircraft is sleek and tapered at the ends, bringing to mind the image of a bird in flight. According to Beta Technologies founder Kyle Clark, the inspiration behind the Alia’s design can be accredited to the Artic tern, well known for its yearly migration from the northern Arctics all the way down to Antarctica, a total distance of about 25,000 miles (40,000 km), a feat that the Alia hopes to eventually match. The design is unique among most eVTOL aircraft; most eVTOLs use tilt-rotor systems where the rotors point up for takeoff and landing, and tilt forward for horizontal flight. Instead, each of the Alia’s rotors will be fixed, and it will mainly rely upon the sizable wingspan and the rear propellor for sufficient horizontal flight. The main advantage of this design is reliability. Fixed rotors will require fewer parts and complications, which allows for quicker certification and less maintenance. Because of this, Beta’s engineers can also optimize their designs without worrying about tradeoffs, according to propulsion engineer Herman Wiegman.

“Our primary objective is to meet our first customer’s mission, reliable organ delivery when and where it’s needed,” Clark says. “We couldn’t have an aircraft that had any possibility of being grounded for repairs due to a complex system.” 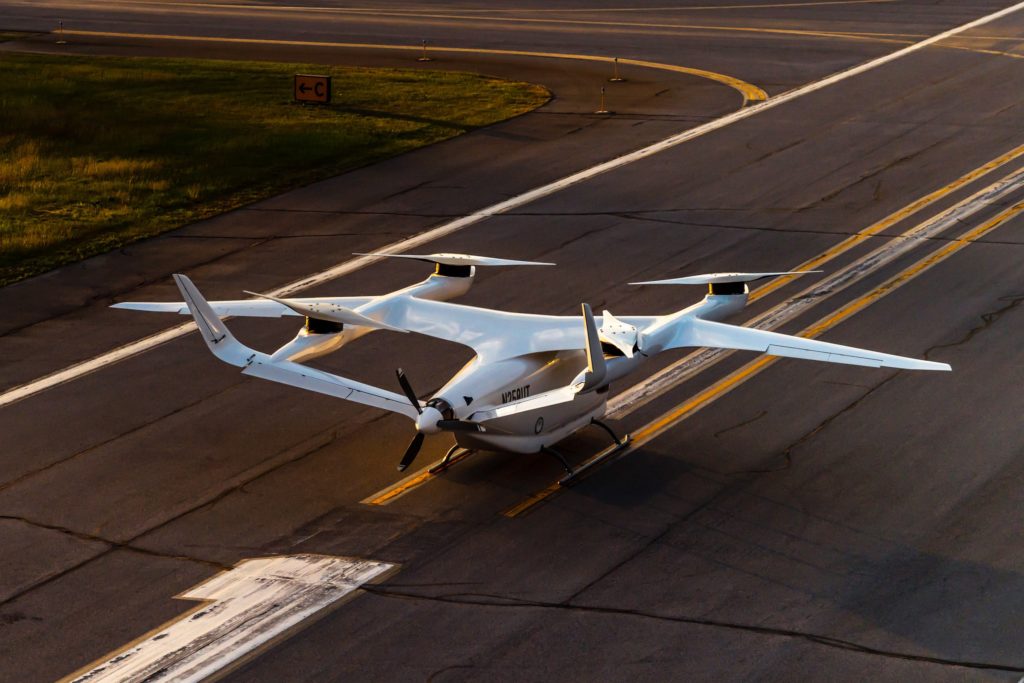 Few technical specifications were released at this time, but Beta intends for the Alia to eventually be able to fly a total distance of 250 miles (400 km) while only requiring one hour to charge. The Alia has a wingspan of 50 ft (15 m) and a total takeoff weight of 6,000 lb. (2721 kg). However, the prototype version in its demonstration flight over Lake Chaplain weighed in at only 3800 lb (1723 kg), with components not required for the flight having been stripped from the aircraft. The sheer size of the Alia’s wingspan will also allow for less power output from its rotors, greatly improving the efficiency of eVTOL aircraft. As for its power source, the Alia will use existing battery technology as its main source of propulsion and lift. 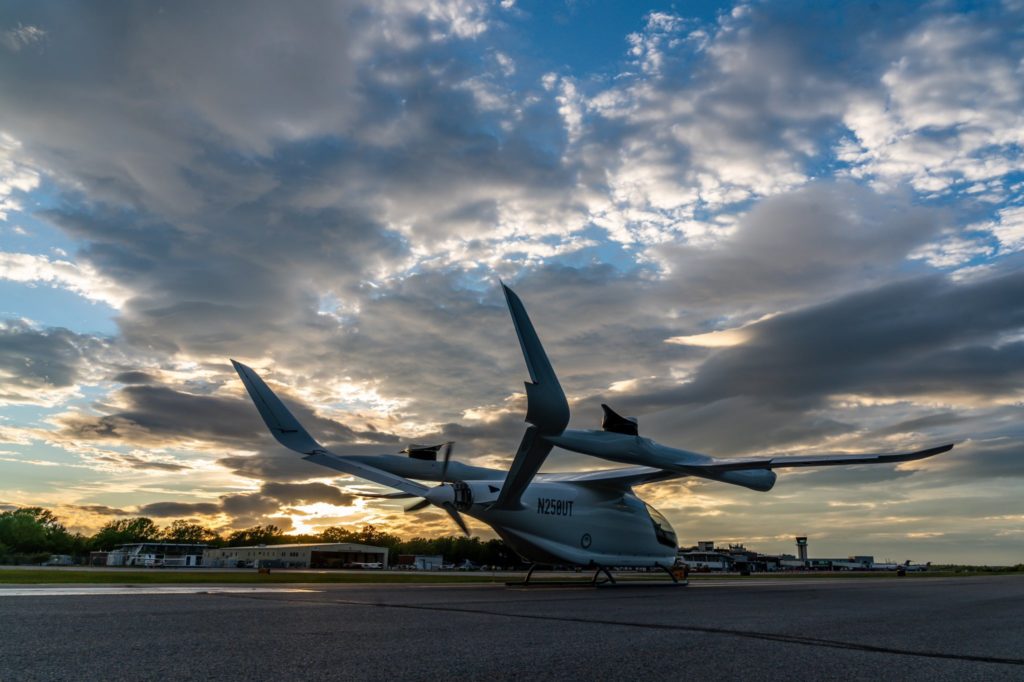 United Therapeutics, the primary client of Beta Technologies, intends to use the Alia as part of implementing an efficient and environmentally friendly distribution system. Additionally, Beta Technologies hopes to expand usage of the Alia by developing an ecosystem where it can charge at locations along its most common flight routes, which could be for any sort of commercial applications, cargo transportation, and air taxis.

Beta looks to begin testing the transition from vertical to forward flight in the summer of 2020. According to Clark, the purpose of the Alia is to understand its flight characteristics as first a conventional airplane, then a helicopter, and finally as an eVTOL. 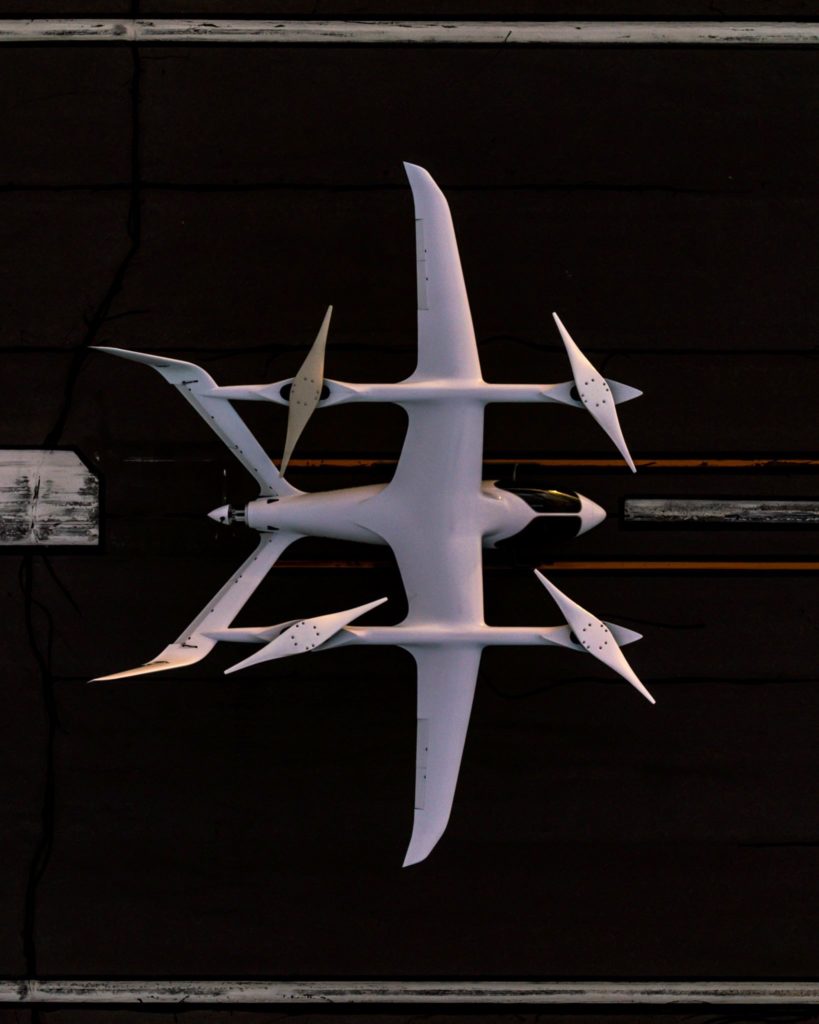 Why it’s important: Beta Technologies work with the Alia is for the development of an ultra efficient flight-control system, avionics, and power management software where Beta can reliably make both urgent transplant organ deliveries to hospitals and send passengers across towns or between cities. The successful development of the Alia could completely change how all other future eVTOL designs are approached.