One Japanese startup that is keen to stake out its own space in the UAM sector is Aeronext.

Founded in 2017 as an R&D startup by Yoichi Suzuki, Aeronext took off when Suzuki developed a patented center-of-gravity control system called 4D GRAVITY that won the Minister of Economy, Trade and Industry Award at Japan’s Combined Exhibition of Advanced Technologies (CEATEC) tech show in 2018. The technology was developed as a byproduct when Suzuki, an aerial photography expert, often faced problems when his balloon cameras were buffeted by winds and looked for a solution. Suzuki, now CTO of Aeronext, has applied this know-how to conventional drones to improve their stability for photography and other purposes. 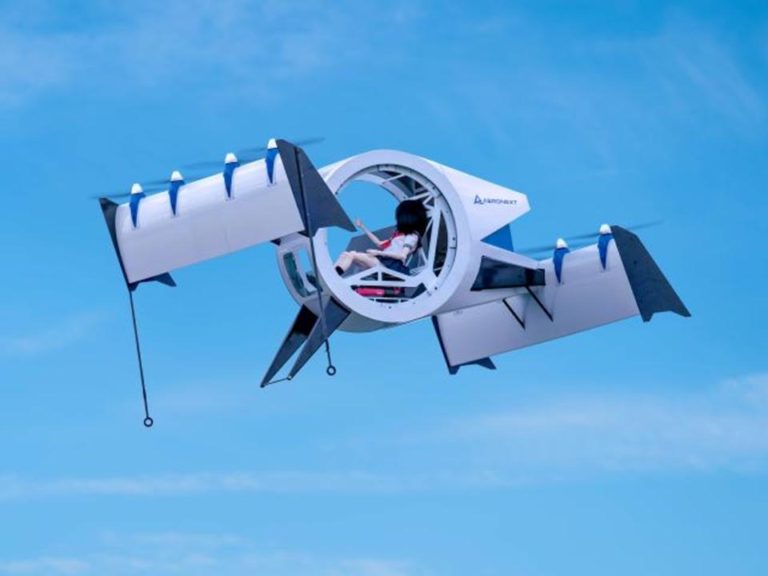 Aeronext’s one-third scale model of its Flying Gondola concept has a cabin that always stays level with the ground for maximum passenger safety and comfort.

Keisuke Toji, CEO of Aeronext and an expert in intellectual property management, helped establish a licensing system to make 4D GRAVITY standard technology for industrial drones worldwide. The company recently incorporated it into a passenger drone concept and at the latest edition of CEATEC, Aeronext showed off a one-third scale model of its Flying Gondola concept for an autonomous, single-seater passenger drone. Promotional images show the passenger zipping through the sky while enjoying a drink and admiring the scenery below.

According to Natsuko Ito, chief marketing officer at Aeronext,

Our drones are so stable that we can deliver liquid products like bowls ramen noodles without spilling them. We’d like to use our technology to help in the creation of a drone-based society.”

The autonomous vehicle features eight rotors mounted on two wings for vertical take-off and lift, as well as panoramic cabin windows. The wings tilt during horizontal flight, moving independently of the cabin, ensuring that the cabin always stays level with the ground. The company is also planning to develop versions of the craft that will be able to carry two or more people. 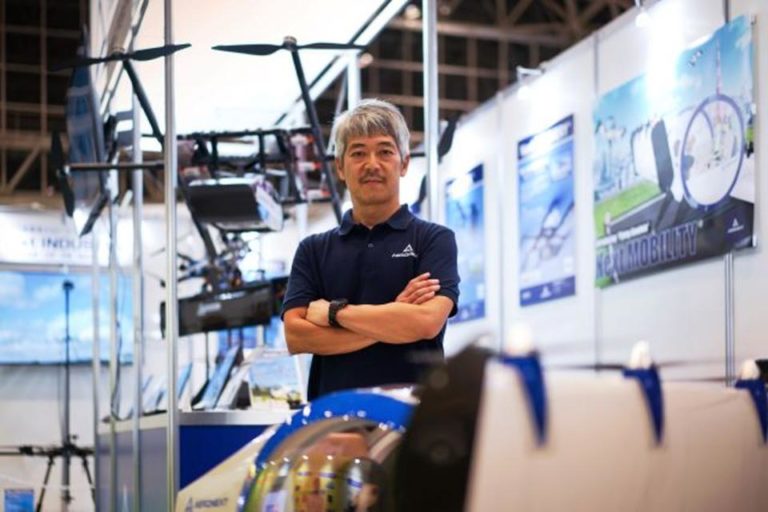 Why it’s important: Japan is changing. The country is at the forefront of demographic change that is expected to affect countries around the world. To overcome this challenge, industry, academia and government have been moving forward to produce powerful and innovative solutions.The Flying Gondola is yet another unique take on the design for an air taxi that could soon be the premiere air taxi across all of Eastern Asia and possibly the globe.