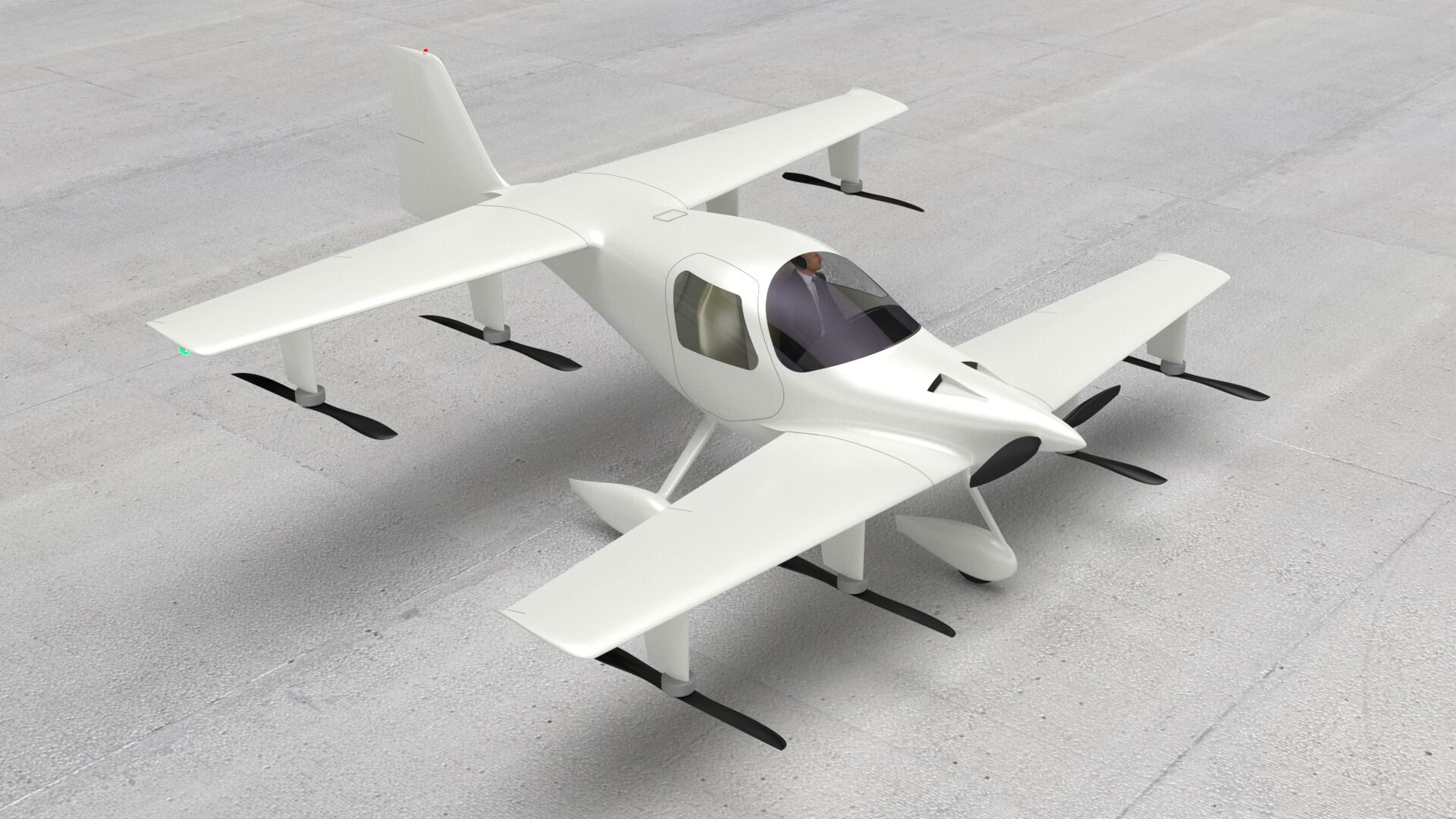 Russian startup Flyter was founded in February of 2018. In April 2018, it unveiled its first vehicle concept, the PAC 420–120, a fixed wing VTOL with both electric and hybrid versions. In April 2019, it introduced the 720-200 model, which is larger and capable of a heavier payload. Flyter plans to make both cargo and passenger versions of the 720-200, which is capable of payloads up to 200kg. Flyter is currently looking for investors to develop a full-scale prototype.

Horizontal flight: On a single propeller and two fixed-wings.

Flyter's technology is making rapid progression considering the company has only existed for little over a year and has already released two versions of its eVTOL. Flyter's practical approach to eVTOL design and it's unique under-wing propellor design show the company's creativity and potential. Flyter also has an advantage in that is has positioned itself to a niche market. Rather than trying to build another electric urban air taxi, it has chosen to build a hybrid aircraft so it can achieve much higher range, allowing it to connect remote parts of Russia that often have to wait up to 2 weeks for air transport.

Ultimately, Flyter seems to deeply understand the market it is entering into, and has created aircraft that are not a 'pie-in-the-sky' idea, but a practical solution to a real problem.