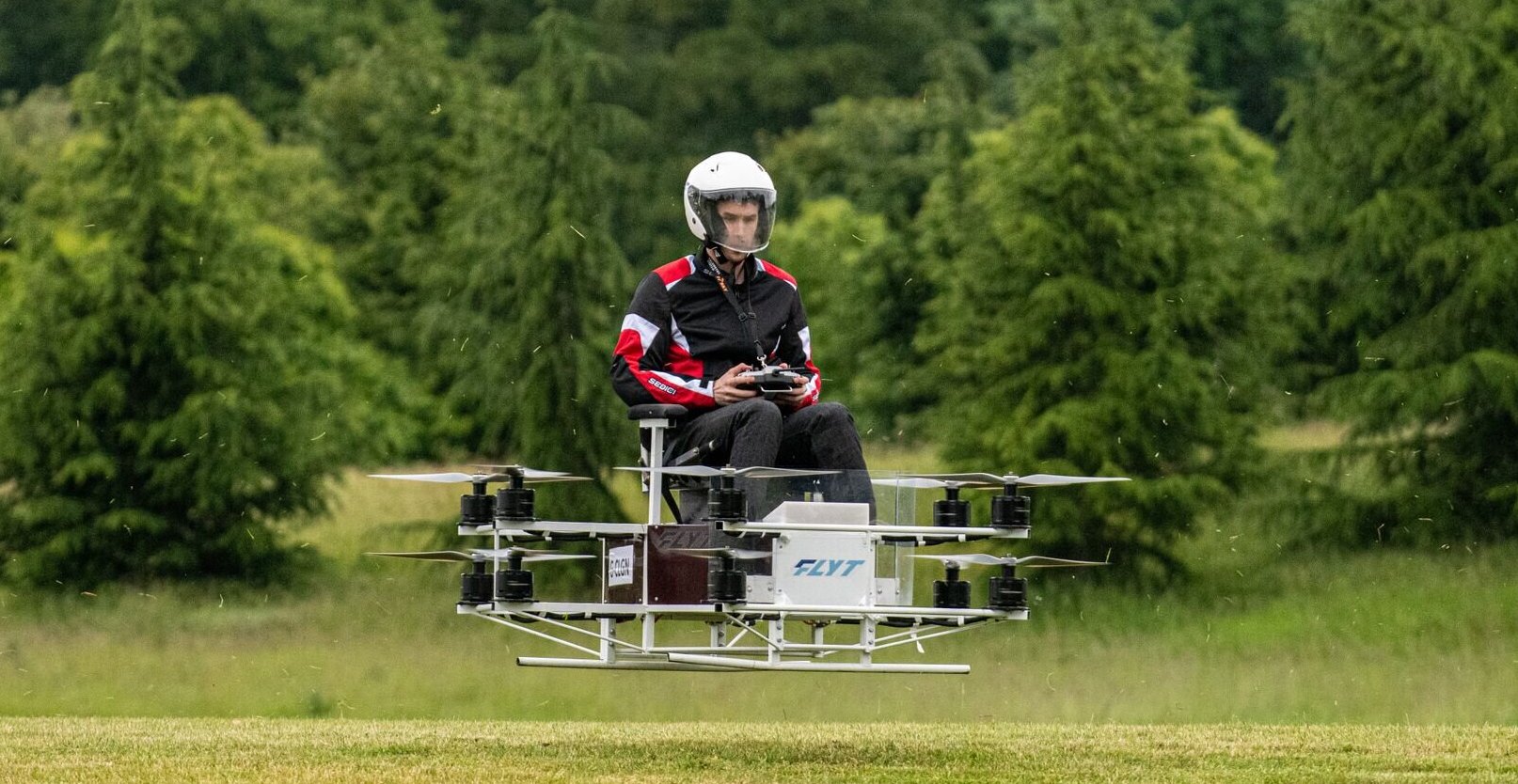 The FlytCycle was originally developed and tested in 2017, is the proof-of-concept prototype for Flyt Aerospace's upcoming Red Hummingbird aircraft. The FlytCycle features 12 electric motors each with a single propellor, and has been exhibited at the 2019 Webit tech festival in Europe.

Propeller Configuration: 12 electric motors each with a single propeller

From the Fly Aerospace Site:

Right now we're focused on recruiting and fundraising, but hope to get back to flying soon.  We have custom components in production that will lead to dramatic performance improvements on the next version.  Speaking of the next version...

It's hard to believe, but we built the current FlytCycle prototype in just three short weeks. Since its completion we've already several hundred test flights and it's the best flying vehicle we've ever made, plus it's been a ton of fun to be able to fly it around and see what it can do! Although it's powerful enough to fly a person, it's small enough to fit in the bed of a standard pickup truck!

The FlytCycle is a rapidly developed and highly iteratively designed hover bike that was designed and built in under 3 weeks. The Flytcycle is currently barebones, but gave the team great insight for designing their next aircraft. Flyt had planned to release photos of this next version of its aircraft, named the Red Hummingbird, in March of 2020, but COVID-19 may have slowed down production. According to Flyt, the Red Hummingbird prototype was in fact completed in January of 2020, although no news has been published since then.