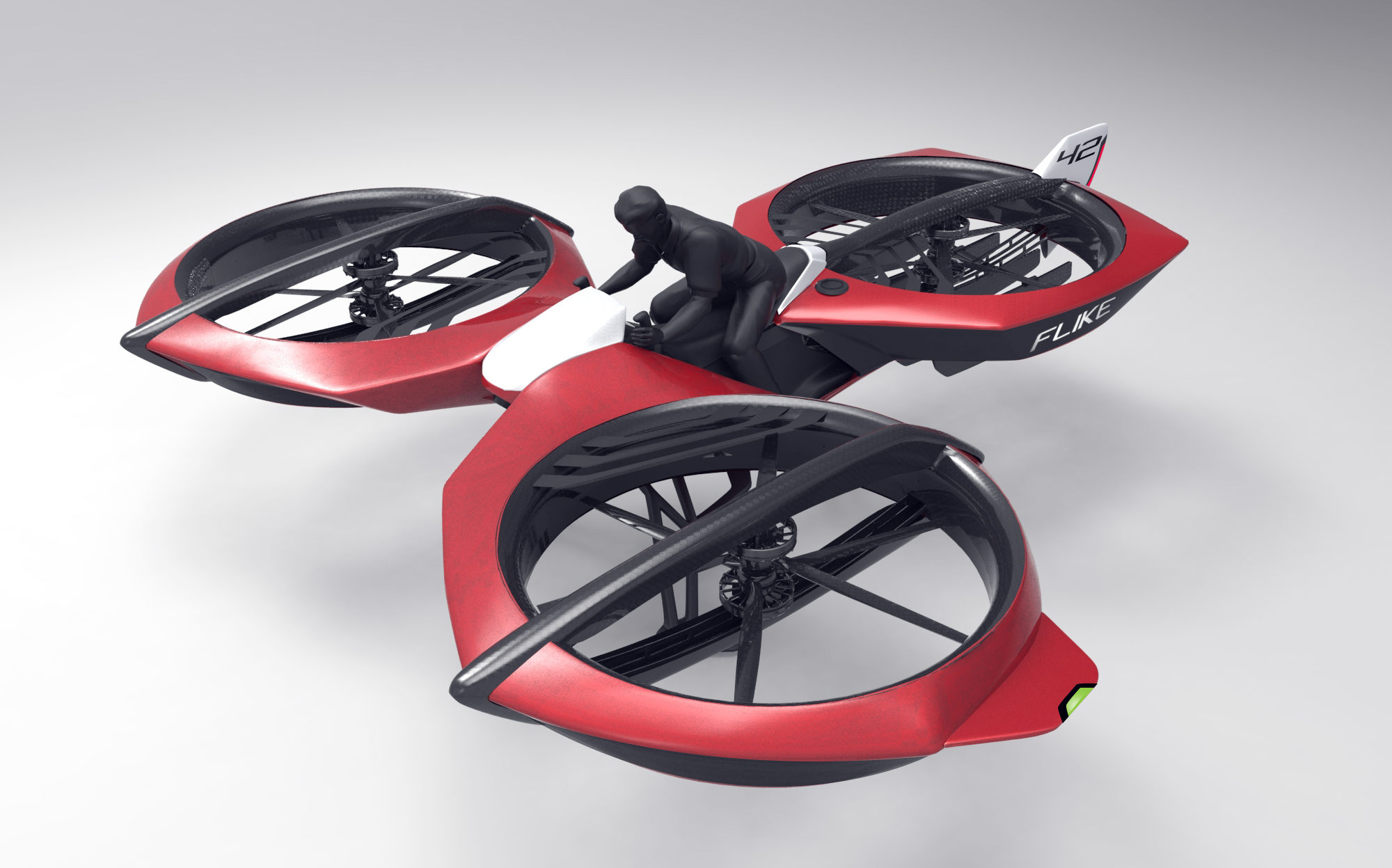 The Flike is a single person hover bike designed and built in Budapest, Hungary at the Bay Zoltan Research Institute. It uses three ducted rotors to propel itself vertically during takeoff and landing, and then tilt the vehicle at a forward angle and accelerate for horizontal flight. The first flight of the Flike was successfully executed on March 7, 2015 at Miskolc Airfield in northeast Hungary.

Our Take on the Flike

The Flike is a novel and well-backed project in Hungary - but not much has been made public with regards to its certification progress in the past few years. According to the government-funded institute, the project has a wide range of applications from hobby use to military deployment such as border protection, or even rescue operations. The Flike was successful during its multiple flight tests in 2015, so there is the possibility that a great deal of additional advancement has occurred since that time. Check back to learn more about the Flike as the Bay Zoltan Nonprofit releases additional information and media.