This article used with permission and written by Matt Bohlsen

Note: Most are pure electric; however, larger planes (>10-20 seats) usually need to be hybrid, as electric is not yet powerful enough. 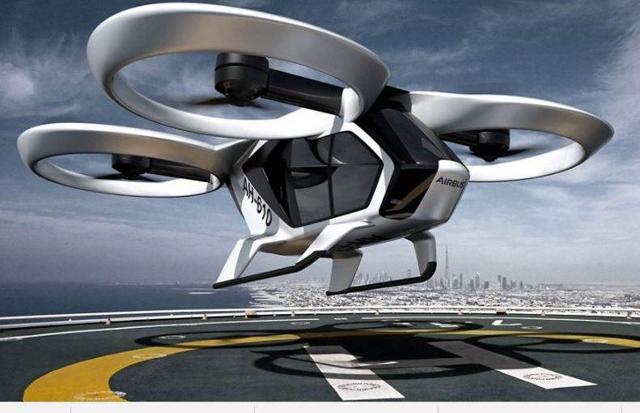 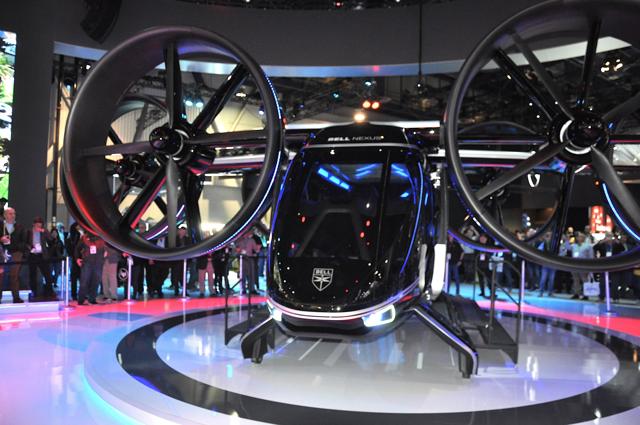 The reasons electric aircraft make a lot of sense

Back in March 2015, I correctly picked the start of the Chinese electric car boom, as you can see in my article “Chinese Electric Vehicle Companies About To Boom.” My reasons were based on China’s 3 key needs – to reduce pollution, to reduce oil, and to build a globally competitive car manufacturing industry in China.

Fast forward to now (2019) and we are approaching a similar time for electric aircraft. My view is that, in the 2020s, we will start to see commercial electric vehicles for short-range provincial trips (passenger loads ~10). The reasons are mostly economical, as 25-50% cost reductions (minimal fuel bill) will mean small provincial flights will start to go electric. Assuming battery technology and aircraft design continue to improve, we should see this gradually improve in the 2020s to a point where hybrid planes and just maybe long-range electric planes become more common.

For shorter helicopter-style trips or where there is no airport for landing (helipads will do), the electric vertical take-off & landing (eVTOL) vehicle will also begin to take market share from competitors.

The benefits of electric aircraft

Due to technical limitations for now, there are still limitations on electric planes. For example, they are yet not able to carry huge passenger fleets due to lower power to weight ratios than conventional planes.

Technological breakthroughs will be needed for electric aircraft to completely replace conventional jet-fueled internal combustion engine [ICE] aircraft. This will mean higher battery energy density and lighter or better-designed planes. In the meantime, we will see small short-range all-electric aircraft and hybrid aircraft (electric and ICE).

A Look At The Electric Aircraft Sector

As reported by Statista:

According to German consulting firm Roland Berger: “All indications suggest that we may be on the cusp of a revolution in the aerospace and aviation industries.

As reported by CNN:

According to the consultancy Roland Berger, the number of electric aircraft in development increased by roughly 50% over the past year to 170. The number could swell to 200 by the end of 2019. There are two big factors driving increased investment: The global aviation industry produces up to 3% of all carbon dioxide (CO2) emissions, a share that’s projected to increase sharply in coming years; and it spends roughly $180 billion a year on jet fuel. “Increased efficiency has been the name of the game when selling aircraft for decades,” said Nikhil Sachdeva, a senior consultant at Roland Berger. “Electric is the next phase.” 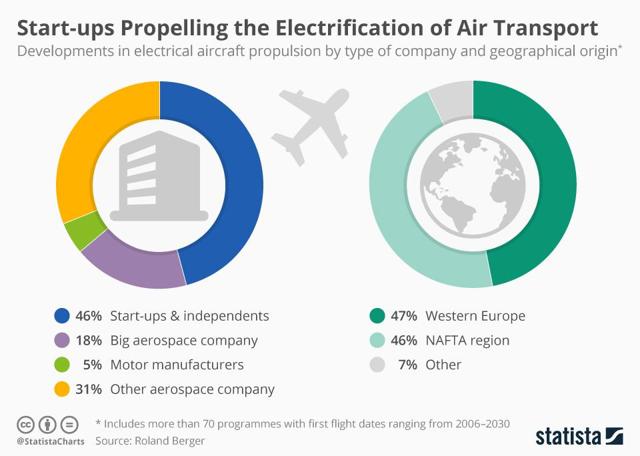 Companies That Are Leading The Electric Plane Race

Airbus E-Fan X is being developed with Rolls-Royce (OTCPK:RYCEF) and Siemens (OTCPK:SIEGY) as a hybrid-electric airline demonstrator. The E-Fan is a prototype two-seater electric aircraft. It has two electric motors and has a flight duration of 60 minutes.

The E-Fan X hybrid-electric technology demonstrator is anticipated to fly in 2020 following a comprehensive ground test campaign, provisionally on a BAe 146 flying testbed, with one of the aircraft’s four gas turbine engines replaced by a two-megawatt electric motor. Provisions will be made to replace a second gas turbine with an electric motor once system maturity has been proven.

Airbus also has an advanced prototype electric vertical take-off & landing (eVTOL) vehicle. It has 8 electric motors, can carry up to 4 passengers, and is currently in the testing stage.

Self piloted flying vehicle can operate at three times the speed of the average road vehicle and extend commuters geographical reach by tenfold.” 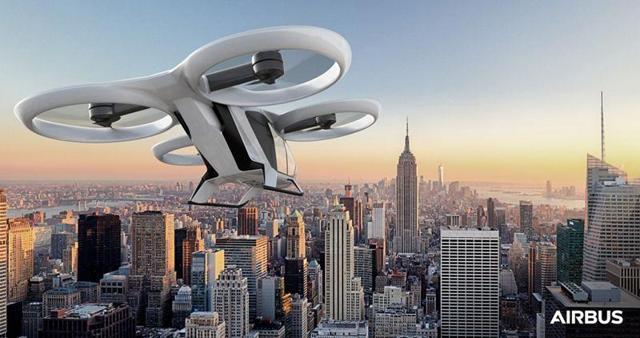 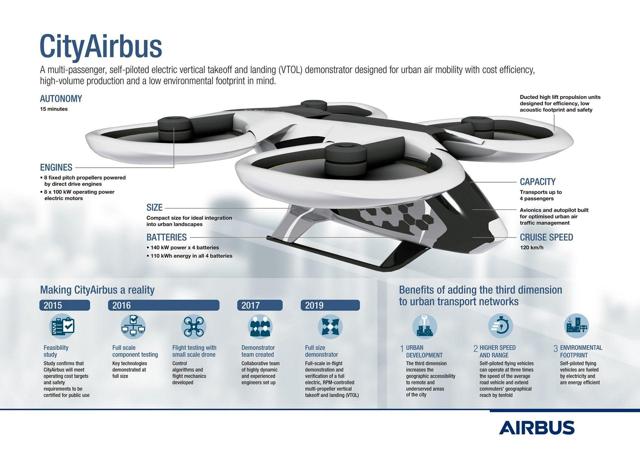 Ampaire is currently developing a retrofitted electric aircraft with the aim to be FAA certified by the end of 2021.

Ampaire has LOI’s from regional airlines around the globe. And we’ve partnered with Mokulele Airlines in Hawaii to fly our retrofitted planes on their routes – the world’s first operational demonstration of electrified aircraft by a commercial operator.

Boeing’s NeXt program focuses on urban mobility. Boeing has teamed up with Uber Air’s flying taxi service to develop a VTOL vehicle to begin ferrying passengers planned for 2023. You can view a video of their Passenger Air Vehicle [PAV] vehicle here.

Boeing, via its HorizonX subsidiary, has invested in several promising electric aircraft companies including Zunum Aero and Kitty Hawk.

Dufour Aerospace is a Swiss company developing the aEro 2, an advanced electric VTOL aircraft that brings you from your doorstep to nearly anywhere you want over 5 times faster than a car but at the same cost per kilometer.

The company plans to be in the testing phase in 2020 for their aEro 2 electric VTOL. 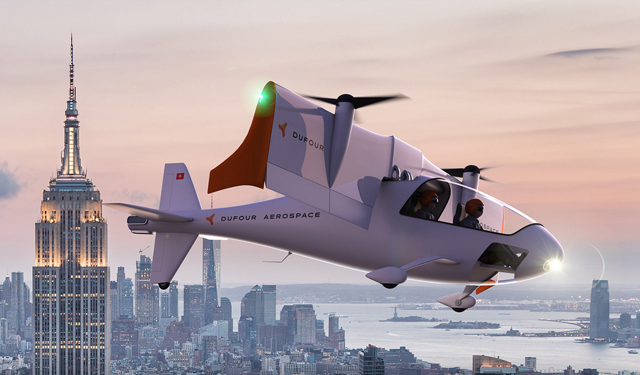 Embraer’s Embraer X unit is focused on disruptive technology such as VTOLs. Embraer recently unveiled their eVTOL aircraft concept. You can view a video here. 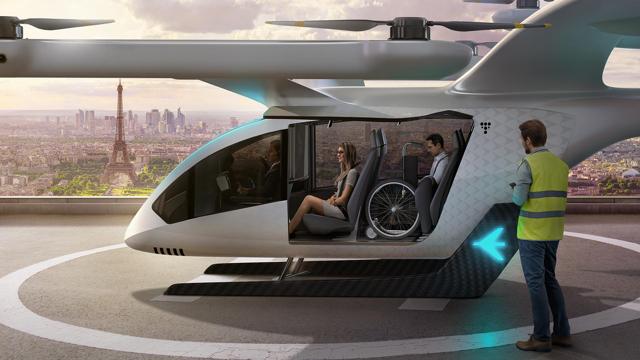 The aircraft can fly 650 miles (1,046 km) at around 500 miles per hour (805 km/h) with three electric motors on the tail and one on each wingtip. The prototype carries a 900 kWh lithium-ion battery. The plane carries nine passengers. 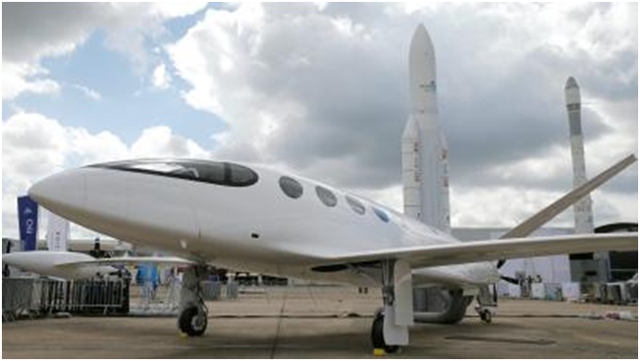 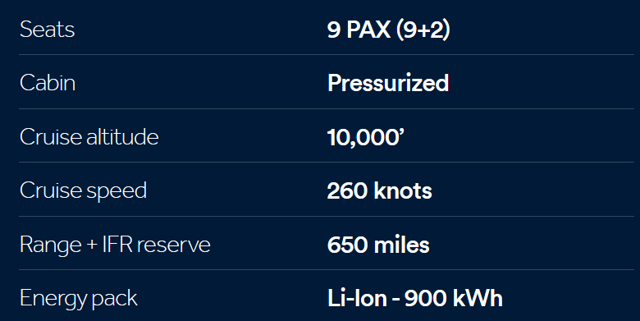 Harbour Air will be the first seafaring airline to convert its complete fleet of de Havilland Beaver, Otter, Twin Otter aircraft and lone Cessna Caravan to electricity. These 41 vintage aircraft will be converted to reach a longer lifecycle with highly improved efficiency and lowered maintenance costs, a win-win for all…..Harbour Air will have to work closely with MagniX, the company that developed the 750 hp electric motor and battery pack that will give the aircraft enough electricity and power for about an hour of flight. 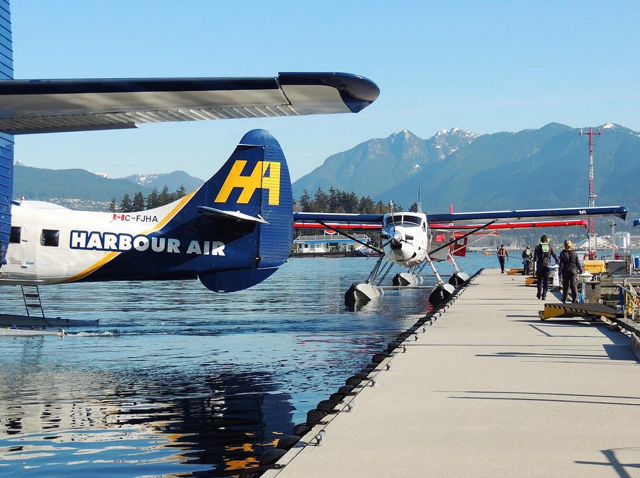 Joby Aviation is a California-based start up focusing on developing a flying electric taxi vehicle. The Company has spent the last decade developing its own electric motors and their eVTOL vehicle. Then, in February 2018, the Company announced a $100 million in venture funding from investors including Intel Capital, Toyota AI Ventures, JetBlue Technology Ventures, and Capricorn Investment Group (who also backed Tesla (NASDAQ:TSLA)). Their latest VTOL vehicle is being developed to fly as many as five people as far as 150 miles on a single electric charge.

Joby is also working on a conventional style electric plane project, “the Sceptor” with NASA. 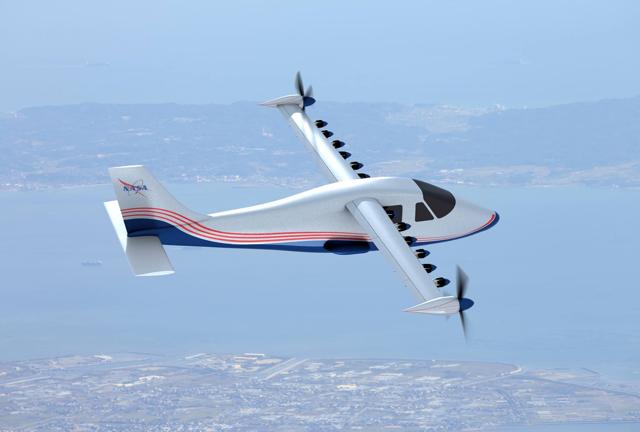 Kitty Hawk was established by Google’s co-founder Larry Page. They have two key electric aircraft under development and testing – The Cora (2 passengers) and the Flyer (single pilot).

Kitty Hawk’s Cora is designed as an all-eVTOL taxi with about 100 kilometers of range.

Germany’s Lilium aviation’s jet vertical take-off and landing (VTOL), zero-emission electric aircraft has completed its first flight in Germany. With remote controls from the ground, the unmanned two-seater faced a series of tests, including a mid-air transition from hovering to horizontal flight. The Company aims for its first manned flight in 2019 and a five-seater air taxi service planned by 2025.

Tencent (CEHY) was an early investor into Lilium. You can view a video of their latest plane here. 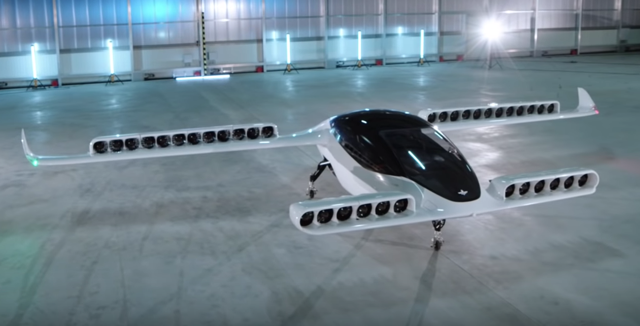 Tesla has no current plans for an electric plane; however, Elon Musk has been looking at the idea for some years and, of course, also founded the Space X rocket company.

Tesla Electric Airplane? Elon Musk sees electric aircraft in 5 years. Quoting a Musk tweet when asked about electric planes: “Yes, but still a bit too limited on range. That will change in coming years as battery energy density improves.” When he revealed that he had a design for an electric VTOL aircraft, Musk estimated that Li-Ion batteries would need to achieve a 400 Wh/kg energy density in order for batteries to beat kerosene and his electric aircraft to be viable. Today, battery cells with high cycles are achieving about 300 Wh/kg of energy density.

Wright Electric is a startup aiming to create a commercial airliner that runs on batteries and for distances of less than 300 miles. easyJet (OTCPK:EJTTF) announced it was developing with Wright Electric an electric 180-seater aircraft by 2027. To date, the Company has built a two-seat proof of concept electric plane. They also advocate using swappable battery packs with advanced cell chemistry.

Wright Electric is also making preparations to perform a first flight of a nine-seat electric aircraft in 2019.

Wright Electric’s goal is for every short flight to be zero-emissions within 20 years. Our first plane is an airliner designed for flights like New York-Boston, London-Paris, and Seoul-Jeju.

Zunum Aero is an aircraft manufacturer startup based in Kirkland, Washington that is backed by Boeing HorizonX and JetBlue Technology. The company’s concept is to make short haul flights affordable, easy and simple.

Imagine leaving your doorstep in San Jose at 7 AM and making it to a 9:30 AM meeting in Pasadena. With Zunum Aero, simply drive to a nearby airfield and walk to your aircraft with bags in tow, for a trip that will take half the time and at a much lower fare. Or skip the meeting altogether, and be on the slopes in Tahoe by 8:40 AM for $100 round-trip, and back home the same evening.

Zunum has reportedly struggled with funding recently, despite previously being supported by Boeing and JetBlue (NASDAQ:JBLU). 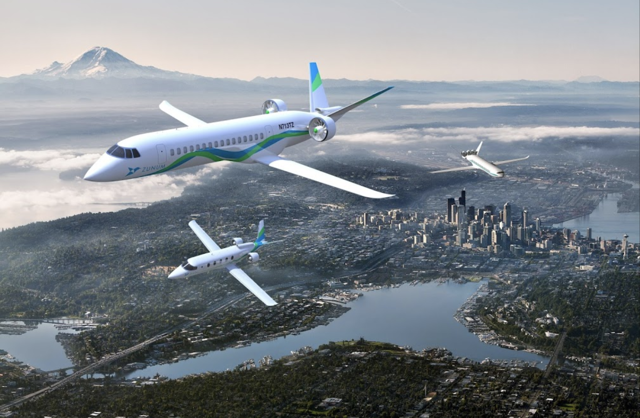 Investors should remain mindful that electric plane development is expensive and challenges remain, particularly for longer flights and larger planes. The sector is largely made up of a mix of private startups and the established manufacturing giants (Boeing, Airbus, Embraer). Clearly, only the best and well-funded startups will survive.

On the other side, any manufacturer that can make a compelling electric plane with good range at a reasonable cost stands to do very well. Many promising private companies are making good progress towards commercialization of their aircraft. The very recent news of Eviation receiving commercial double-digit orders for a 2022 delivery just highlights how fast the electric aviation sector is now moving.