Will Boeing and Porsche Bring these Products to Market?

This article appeared first in Forbes and is shared on TransportUP with permission.

Last week, Boeing and Porsche signed a memorandum of understanding to jointly explore the premium urban air mobility market. The word “explore” suggests they think premium UAM remains some ways off. Given that Porsche doesn’t exactly target fleet buyers, some have speculated this partnership will produce a “flying sports car.”

So are Porsche and Boeing going to build personal vehicles for the high net worth crowd? Porsche might have an interest in building such a car to promote their brand. It could look like targeting a segment of the supercar market without the potential for cannibalizing existing sales. However, if the alliance follows the economic interests of both parties, this alliance will focus on creating fleet aircraft with a healthy dose of performance and luxury cues for the wealthy. 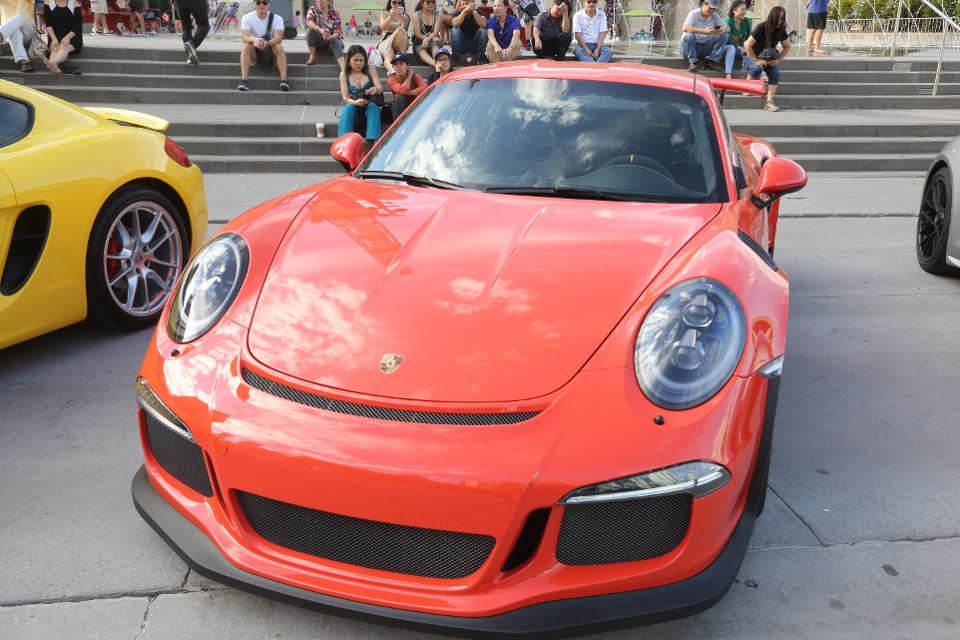 There will be a flying sports car market for individuals who wish to fly (and drive) the vehicle themselves. Terrafugia, AeroMobil, and PAL-V have vehicles in process targeting this market. These flying cars have list prices starting at $200,000 and can cost more than $1,200,000. Flying sports cars could change travel patterns to vacation homes or eventually even work in certain circumstances. They will probably represent an offshoot of the supercar market or the very top end of the car market.

I can’t wait to fly one, but the market in units will be relatively small for affordability reasons. Think thousands of units per year. The entire luxury car market in the U.S. will be about $10 billion in 2019, but nearly all of that market is for cars below $150,000.   Jonathan Carrier, Vice President of Corporate Development for AeroMobil validates this point, “The total addressable market for flying cars above $500,000 is perhaps 10,000 units by 2030, but realistically the privately-owned market will total 1000 units per year. Supercar market dynamics will be key: exclusivity, performance and customer experience.” 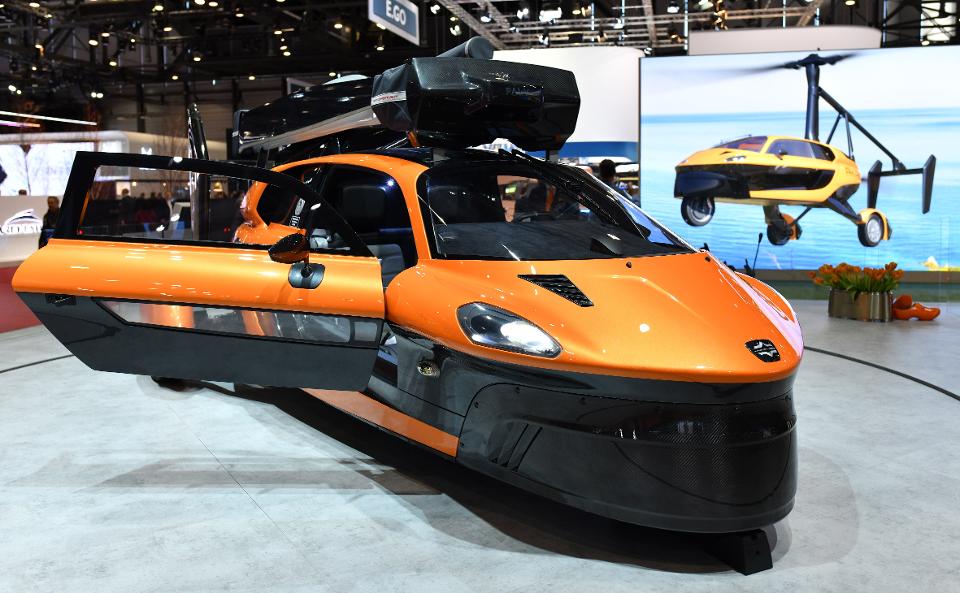 Fleet models can drive the cost to enter the UAM market much lower than the alternatives and thereby stimulate the market. Instead of paying $200,000 plus upfront for a personal air vehicle, even if it isn’t a flying sports car, wealthy individuals could pay a reasonable cost per trip. Not surprisingly, Porsche Consulting suggests the overall eVtol market will total $32B market, by 2035.

However, even a fleet UAM model with high levels of utilization and seat occupancy won’t immediately support massive substitution for auto traffic. Today, driving a large sedan, the type of vehicle that a black car service might use, costs around about $0.72 per vehicle mile.  At an average occupancy of 1.67 people (not including the driver), the cost per seat mile falls to $0.43/seat mile.  (Of course, for a black car service the cost would be much higher to pay for the driver.) At Elevate this year, Uber predicted that at inception UAM cost per seat mile will exceed $5.70 per seat mile. At scale Uber projects a cost of $1.86 per seat mile for a UAM with all four seats occupied. These estimates assume the UAM programs hit their targets and don’t take into account that the same technical innovations that make the decline in seat miles costs for UAM possible will also drive down the cost per seat mile of automobiles.

The superior operating economics for fleets, the high purchase costs for personal UAM vehicles and the time and effort required to get a pilot’s license will ensure that UAM manufacturers sell many fleet vehicles for every personal vehicle they sell. As a result, fleet vehicles should become the priority in Boeing’s and Porsche’s joint capital investment plans.

Market Sizing and Who Will Fly in UAM Vehicles

The fleet market for UAM vehicles will grow off the base of UAM applications that helicopters fill today and then into the black car market. After years of dormancy, the commuter helicopter business has started to grow with Voom creating a moderate success in Sao Paolo and Mexico City and Blade building a nice business in New York. Uber recently joined the fray by starting services in New York and has announced service in the Bay Area. Helicopters currently cost around $1,200 per flight hour to operate, or between $9-10 per seat mile for a six-passenger aircraft. That is 70-80% more than Uber’s projections for its initial UAM service for a four-passenger aircraft (depending on whether you measure by cost per flight hour or cost per seat mile basis). Cutting that much cost could cause these markets to grow by three times or more. Most of these customers will come from more expensive car services. Uber Black, for example, typically costs over three times UberX and as UAM costs fall some black car customers will naturally choose to step up. 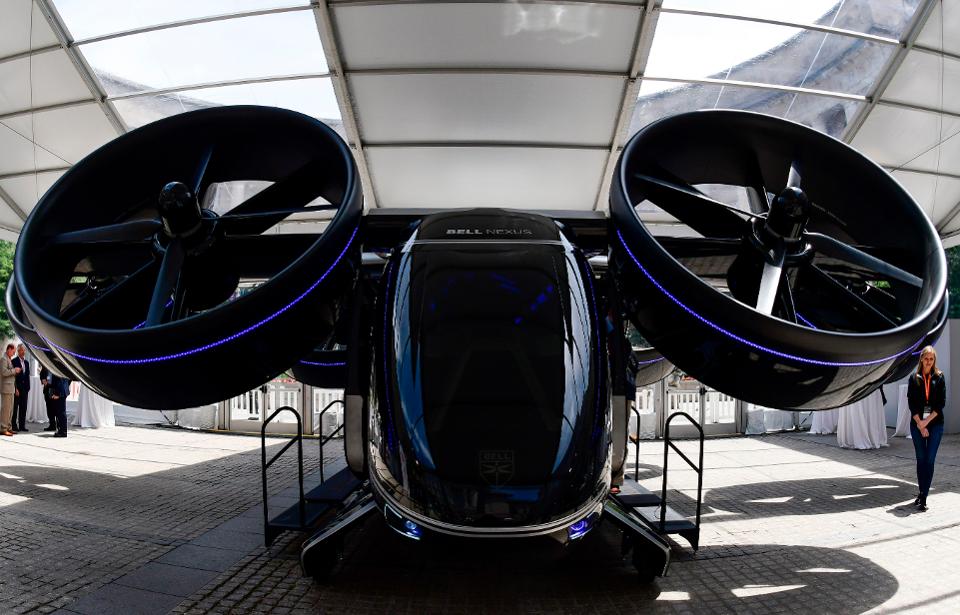 The Bell Nexus concept vehicle is shown at the Uber Elevate Summit June 12, 2019 in Washington, DC, one of the vertical takeoff and landing (VTOL) vehicles or flying cars that will be part of Ubers fleet for aerial ride sharing. – Uber on June 11 selected Melbourne, Australia, as the first non-US city for its aerial ridesharing service that is expected to launch in 2023, as it unveiled new partners for the ambitious initiative. Melbourne was named the third official pilot city for Uber Air, joining Dallas and Los Angeles. Test flights are to start in 2020 with commercial operations planned for 2023. The news came at the Uber Elevate Summit in Washington, where the California-based ride-hailing giant offered new details on its vision for flying taxis as a way to ease traffic congestion and improve urban mobility. (Photo by EVA HAMBACH/AFP/Getty Images)

People often use helicopter services even though it costs more and doesn’t always save time.  Recently, The Drive echoed the classic New York Times taxi helicopter race article from the 1970s using Uber’s new helicopter service to go to JFK.  Their case study showed that public transport took less time than Uber’s service while acknowledging times might vary depending on the complexity of multi-model connections.  In the Bloomberg version, the rider in the helicopter spent $364 for two people and took 43 minutes to arrive despite the eight-minute flight time. In the end, the attractiveness of the service from a functional standpoint will probably depend on the time of day, which drives traffic congestion, and the proximity of the origin or destination to the helipad. However, in addition to these specific time and geographic advantages, helicopter services have also grown because they are a premium product.

The Role of Performance Cues and Customer Experience

Today, helicopter service is a product for those with very high budgets. In the future, however, the people who will use these services might look a lot like people who buy one of Porsche’s more affordable sports cars.  Wealthier individuals who value their time and businesspeople in a rush value premium experiences and status.  Less hassle, lounges, and priority boarding remain valuable in commercial aviation even in the era of low-cost airlines, and these needs are often reflected in customer experience design for services like Blade.  Not surprisingly, Porsche has worked with Delta Private Jets on the ground leg of private jet trips to create seamless, premium experiences. 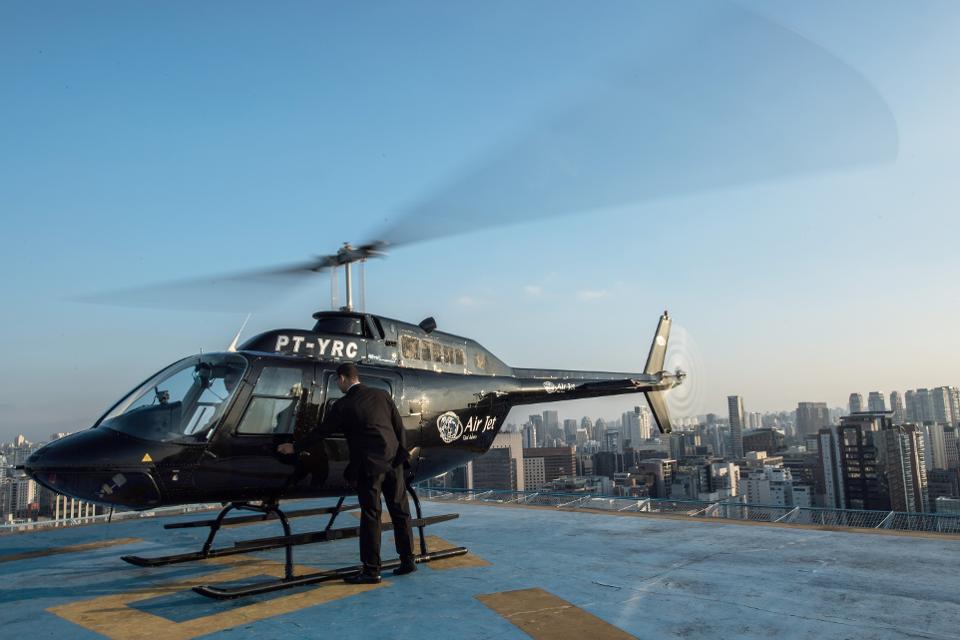 A helicopter lands on the roof of a building in downtown Sao Paulo, Brazil on June 23, 2017. Airbus’ subsidiary Voom gives an alternative for those willing to avoid Sao Paulo’s heavy car traffic, offering a helicopter service similar to the car service offered by Uber. Sao Paulo counts one car every two inhabitants and during rush time there are between 330 and 576 km of traffic jams. NELSON ALMEIDA/AFP/Getty Images

Unlike the commercial aviation market where airlines (for example Eos and Max Jet) were not able to successfully customize entire aircraft to premium segments, vehicle design will likely play an important role for fleet UAM models.  On the one hand, wealthy clients will continue to find exclusivity, performance cues, and luxury design attractive just as they do in the luxury car market. Exclusivity will be far more important in the UAM market than in the commercial aviation markets due to the small size of the aircraft and the more intimate nature of the experience. The risk associated with some of the well-publicized ride-sharing challenges JetSmarter faced in the private jet market, always an aspirational area for the well-to-do, will only intensify these concerns.

Similarly, while the well-off UAM customer might not have the money for a Porsche 911 GT3 RS or a flying sports car and they may not personally fly their UAM vehicle, they will not want to fly in the UAM equivalent of a Yugo.  For proof points beyond cars, competition in the private jet market is again instructive.  One could argue that flight speed makes little practical difference for most private flights (except perhaps by increasing fuel bills), but nonetheless, it remains an important differentiating feature for private jets. Interiors also play a key role in differentiating for private aviation and Porsche Design Studio has worked in this area previously to leverage its expertise from autos. On the other hand, fleet operators also care deeply about the cost of operation, so fleet UAM will use these cues while controlling operating costs.

Only Porsche has strong economic motives to pursue the personal market. Small market sizes shouldn’t create an impediment for them. It is a complement to what they already have and they have effectively pursued analogous strategies in the auto market. Boeing has less at stake in terms of brand connection to a high-end flying sports car and its BBJ business is of less relative importance financially. In the BBJ business, for example, the interior design is done by third parties like GDC Technics.

Both parties do have a significant interest in the fleet market. UAM will probably start from a base where it serves a relatively small core market of wealthy individuals and business people that prefer UAM service to expensive car transport options. That will represent a new, attractive market for both Porsche and Boeing. While initial market sizing estimates for UAM might seem aggressive without lower costs, over time the market will grow. Whoever wins the initial premium market will have a great market position in an attractive segment and a strong, aspirational brand it can take to the mass market. Porsche represents a great starting point either as an ingredient brand to the long-term UAM brand or as a UAM brand on its own. As noted above, the vehicle will need a luxury, performance-oriented design to go with the premium services. Porsche is the perfect partner to help Boeing get there on both of these dimensions and Boeing can provide the expertise to make it fly.