Months after the UAM provider brought their San Francisco Bay services into the public realm, they’ve continued to expand their West Coast market to include Southern California. 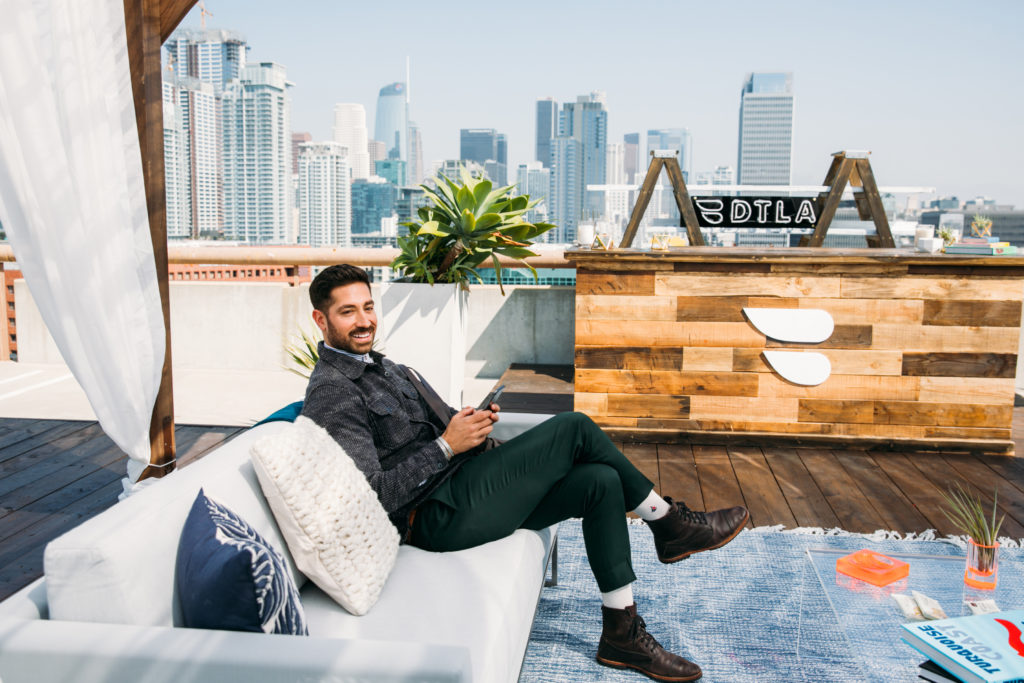 BLADE’s Lounge in Downtown Los Angeles offers the chance to unwind before a flight to the West Side or LAX.

In an interview with BLADE’s General Manager of West Coast Operations, Shivani Parikh, and BLADE UAM Founder and CEO, Rob Wiesenthal, the new operations were described as an exciting new market for on-demand aerial mobility for the West Coast.

“Since expanding our continuous flight service in Manhattan and San Francisco, we are seeing faster-than-expected adoption by people choosing to fly rather than drive” Parikh stated. “Additionally, Los Angeles is on the forefront of embracing multi-modality transportation options such as auto, bike, and scooter shares as new ways of saving time. BLADE is now enabling another mobility option – the ability to fly short distances bypassing ground traffic on the way to work, home, the airport or to key leisure destinations. Los Angeles’ great weather contributes to an endless flying season for customers to take advantage of beating traffic in one of the most congested cities in the United States.

TransportUP’s Editor, Naish Gaubatz, went for a ride with the BLADE team in Los Angeles to demo the expansion of BLADE’s UAM offerings. The short helicopter ride highlighted the benefits of a dedicated urban air mobility operation in a congested city like Los Angeles – not only were the direct to heliport services at LAX a means to save time, the flight to the West Side showcased the ease of travelling along a route that would normally take almost an hour when the Northbound 405 Freeway is gridlocked (while the flight took less than 10 minutes and included spectacular views to boot). 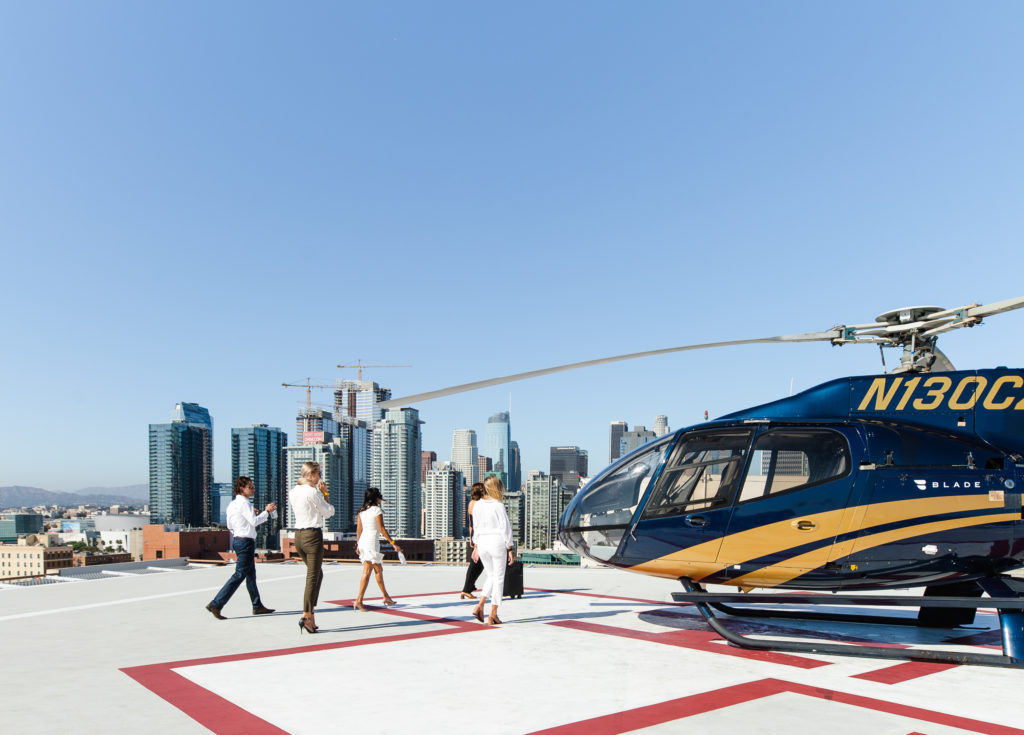 BLADE operates Airbus H130 Helicopters in Southern California. The H130 is one of the safest and quietest helicopters in operation today.

Additionally, BLADE’s new expansion of services in Southern California play well with the culture of entertainment and luxury excursion that is signature of Los Angeles – and which many travel far to experience. In partnership with a variety of music, cultural, sporting, and large event programmers, BLADE has been able to capture a large amount of on-demand aerial mobility customers who are seeking better and faster ways to reach these marquis events. Not to mention, many of these experiences are accompanied with time at one of BLADE’s signature customer experience facets – the BLADE Lounge. Currently stationed in DTLA, the BLADE Lounge offers customers the chance to unwind with a drink before their flight, or complete some last minute work items. BLADE has stated that prices of flights between LAX, DTLA, the West Side, and Burbank will start at $195.

Many argue that BLADE is piloting UAM operations of tomorrow with a platform that’s functional today by utilizing the most technologically advanced, safest certified rotorcraft on the market. When asked about the transition between helicopters and eVTOLs (electric vertical takeoff and landing aircraft) as the main aircraft that serve currently heli-dominated routes, CEO Rob Wiesenthal stated “We don’t see the transition as a step function change; there will be opportunities for customers on a limited basis to try eVTOL aircraft when they’re available, certified, and have a track record of performance – but even then the integration into BLADE’s accessible fleet will be measured”

Shivani Parikh also commented on potential future expansion plans for BLADE in SoCal to include Santa Barbara, San Diego, and desert cities on an “as demanded basis”. The general approach, commented Parikh, was utilize early adopting customer feedback campaigns that help to identify the areas for the largest benefit and refinement of BLADE’s current offerings.

Why it’s important: BLADE UAM has few competitors in Southern California – in fact, the closest entity to a competitor currently are helicopter charter services that require booking and coordination days, if not weeks in advance. With BLADE’s UAM platform, customers can book and be airborne in minutes, directly on the way to their destination. In cities like New York and Los Angeles alike, the last few miles of the journey can make all the difference in time savings, and BLADE’s expansion in SoCal could likely be the beginning of many more commercial UAM operations in Los Angeles.