Alice lifted off at 7:10 a.m. from Grant County International Airport (MWH), flying for 8 minutes at an altitude of 3,500 feet. This trailblazing flight of the technology demonstrator provided Eviation with invaluable data to further optimize the aircraft for commercial production.

“Today we embark on the next era of aviation – we have successfully electrified the skies with the unforgettable first flight of Alice,” said Eviation President and CEO Gregory Davis. “People now know what affordable, clean and sustainable aviation looks and sounds like for the first time in a fixed-wing, all-electric aircraft. This ground-breaking milestone will lead innovation in sustainable air travel, and shape both passenger and cargo travel in the future.”

Alice produces no carbon emissions, significantly reduces noise, and costs a fraction to operate per flight hour compared to light jets or high-end turboprops. The aircraft is available in three variants including a nine-passenger commuter, an elegant and sophisticated six-passenger executive cabin, and an eCargo version. All configurations support two crew members. The executive cabin and eCargo variations are identical to the commuter configuration, except for the interior.

Why it’s important: All-electric aircraft will make regional travel more economically and environmentally sustainable for businesses and consumers. This new generation of aircraft has the power to transform communities by providing access to airports not currently used by commercial flights due to noise concerns or restricted operating hours. Eviation Alice is targeted at commuter and cargo markets, and will typically operate flights ranging from 150 miles to 250 miles.

Cape Air Founder and Board Chairman Dan Wolf said the following, which accurately depicts the gravity of this achievement: “The first flight of Alice represents a transformational milestone for the aviation industry”. “We currently fly more than 400 regional flights per day, connecting more than 30 cities across the United States and Caribbean. Alice can easily cover 80 percent of our flight operations, bringing sustainable, emission-free travel to the communities we serve.”

Joby to Restart Elevate Summit in NYC This Year

Joby has announced that it will host the 2022 Elevate Summit on October 12th and 13th in Brooklyn, NY. The summit will provide an opportunity for the entire aerial ridesharing ecosystem to come together to discuss progress in the sector; with attendees ranging from city officials and land developers to supply chain partners, the investment community, and other aircraft manufacturers.... 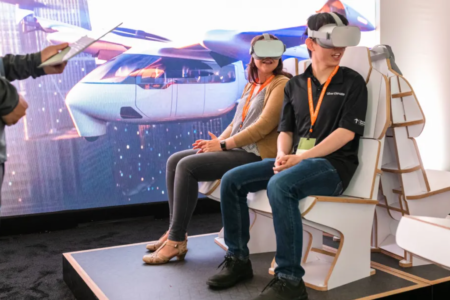 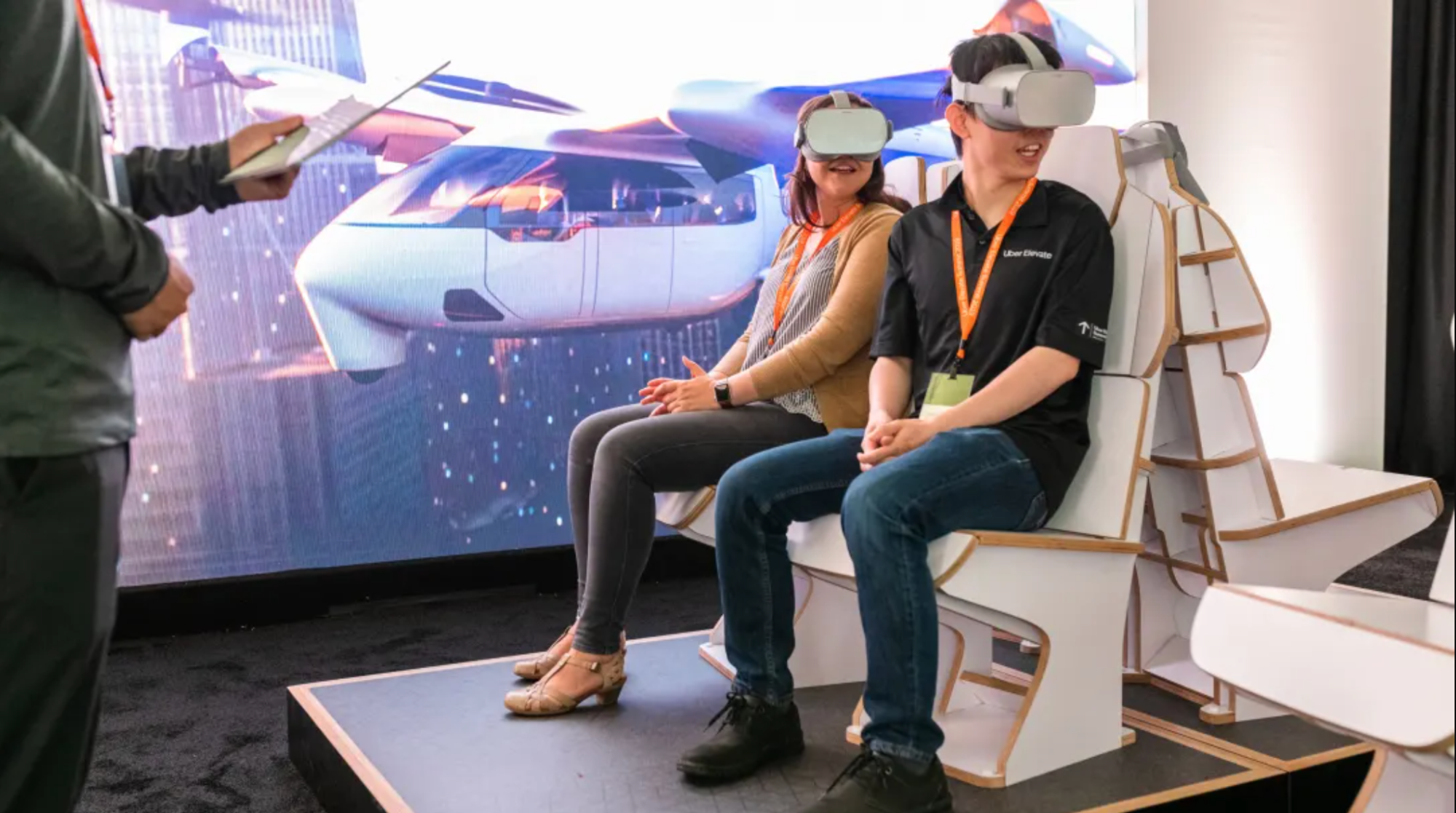 Joby has announced that it will host the 2022 Elevate Summit on October 12th and 13th in Brooklyn, NY. The summit will provide an opportunity for the entire aerial ridesharing ecosystem to come together to discuss progress in the sector; with attendees ranging from city officials and land developers to supply chain partners, the investment community, and other aircraft manufacturers.

The event builds on the success of previous Elevate Summits, hosted by Uber from 2017 to 2019, before the acquisition of Uber Elevate by Joby in 2020.

“We launched the Elevate Summit five years ago to provide an open forum for this new industry to come together and embrace a shared vision of the future,” said Eric Allison, Head of Product at Joby and formerly Head of Elevate at Uber. Since then, the Summit has been established as the keystone event for aerial mobility, laying the foundation for the industry to make the leap from renderings to reality.”

He continued: “We’re at a key moment in the evolution of our industry. As well as demonstrating record speed, altitude and endurance performance with our pre-production prototype aircraft, several companies, including Joby, have gone public and interest in the promise of this technology has never been higher. It’s the perfect time to come together.”

This momentum was recognized recently in a segment of CBS’ 60 Minutes show, presented by Anderson Cooper, during which Billy Nolen, Acting Administrator of the Federal Aviation Administration, stated: “Clearly, we’re seeing the emergence of something that’s fantastic … We want to be careful, we want to be measured, but … this is real, and this is happening.”

Held in New York City for the first time, the Summit will take place at Duggal Greenhouse in the historic Brooklyn Navy Yard, where attendees will be able to envision a near future in which quiet, electric, emissions-free aerial mobility opens up new transportation possibilities in urban areas.

Further details of the Summit will be released later this summer. Previous years of the summit attracted more than 1,000 attendees and a wide range of speakers including the U.S. Secretary of Transportation, senior FAA and NASA leaders, U.S. Senators, and CEOs of Fortune 100 companies.

Why it matters: The return of the Elevate summit adds to the growing list of eVTOL dedicated symposiums for aerial mobility. With this summit, we expect to see additional audience reach and buy-in for aerial mobility in the world’s largest cities, and opportunities to convey the value proposition of eVTOL aircraft to the public and stakeholders. Those interested in attending the event can sign up for updates at www.elevatesummit.com. 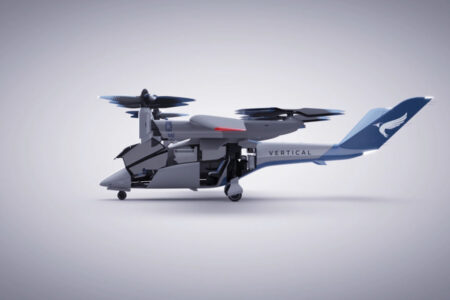 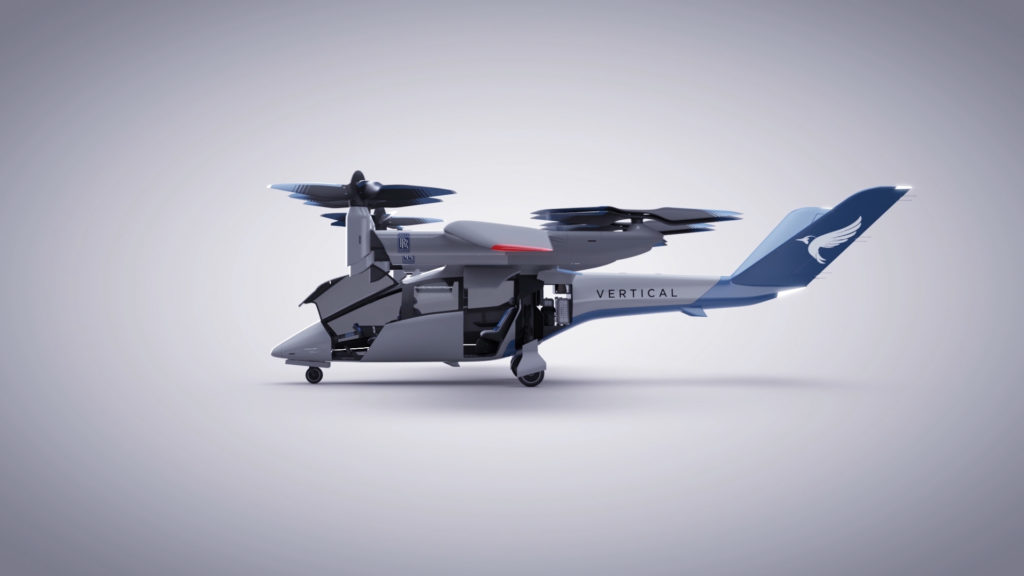 Vertical Aerospace has selected Rolls-Royce to develop electric motors for its prototype. The eVTOL configuration features 4 tilting motors and 4 vertical lift motors. The hybrid configuration allows for speeds up to 200mph and a 120-mile range.

According to Rolls-Royce, “Vertical Aerospace is a key collaboration for Rolls-Royce Electrical as it marks our first commercial deal in the UAM market and builds on previous agreements to work with partners on demonstrator programs. Rolls-Royce will design the system architecture of the whole electrical propulsion system, the electric power system that includes our latest 100kW-class lift and push electrical propulsion units, the power distribution and the monitoring system that will support operations.”

“We are delighted to collaborate with Vertical Aerospace for the electrical technology that will power their pioneering eVTOL aircraft,” says Rob Watson, director of Rolls-Royce Electrical. “This exciting opportunity demonstrates our ambitions to be a leading supplier of sustainable complete power systems for the new Urban Air Mobility market which has the potential to transform the way that people and freight move from city to city.”

Rolls Royce anticipates Vertical Aerospace will certify its prototype in 2024 and has 150 engineers across the globe supporting the program.

Why it matters: The announcement marks the first firm eVTOL contract for Rolls-Royce. The company has been working on developing hybrid-electric eVTOL platforms since at least 2018 and Vertical Aerospace believes they have the technical prowess to deliver on their mission requirements. The partnership is also unique in that many eVTOL OEM’s choose to develop propulsion platforms in-house, so outsourcing the system offloads some R&D risk and could become a competitive advantage when going to certify.

Historically, Joby Aviation had been quietly ramping up production and initial flight tests of its air taxi eVTOL prototype, until today. The company released this week a pair of videos showcasing their prototype during a flight test. Notably, the video highlights the prototype’s ability to take off, transition to horizontal flight, and return for landing. The videos follows the recent... 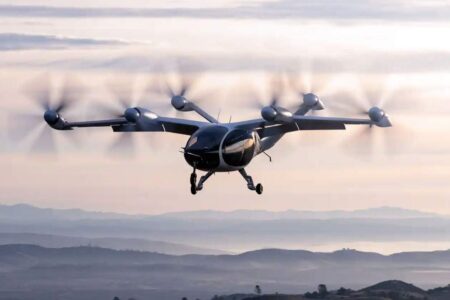 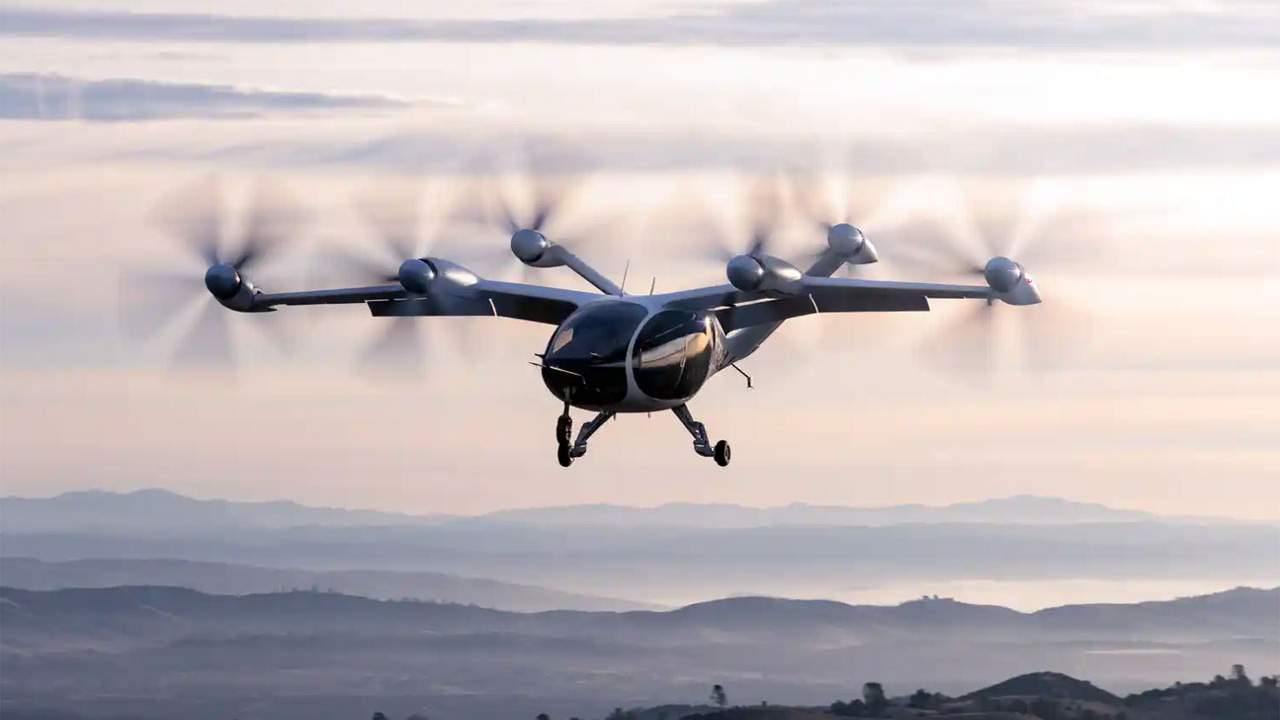 Historically, Joby Aviation had been quietly ramping up production and initial flight tests of its air taxi eVTOL prototype, until today. The company released this week a pair of videos showcasing their prototype during a flight test. Notably, the video highlights the prototype’s ability to take off, transition to horizontal flight, and return for landing.

The videos follows the recent headlines made by Joby detailing a SPAC merger with Reinvent Technology Partners, valuing Joby at just over $5.7B USD. The merger also paves the path to listing Joby on the New York Stock Exchange.

The prototype, nearly 10 years in the making, is capable of transporting 5 individuals at speeds up to 200 mph a distance of 150 miles using existing battery technology. The eVTOL aircraft uses six large tilting rotors to achieve vertical lift and horizontal winged cruise as demonstrated in the videos.

Perhaps most incredible is the aircraft’s noise footprint, where during liftoff in the video, Joby CEO and Founder JoeBen Bevirt continue on with a normal speaking volume. In the video, Bevirt states the merger with Reinvent Technology Partners will open a path for Joby to becoming a publicly traded company and will give it the resources needed to focus on certification efforts and commercial entry to service by 2024.

“With the Reinvent team at our side, we are one step closer to making this fantastic future real. We can’t wait to welcome you onboard,” stated Bevirt.

Why it matters: The aerial mobility space has seen a recent gold rush of investors, SPAC mergers, and investments by existing automotive and aerospace stakeholders. Joby Aviation is clearly leading among its competitors for its progress in its flight test campaign, fundraising, and certification efforts. The videos are the first of its kind from the company and demonstrate just how quiet the aerial mobility future will be. With plenty of capital and a robust talent base, expect Joby to be entering urban skies in the near term.