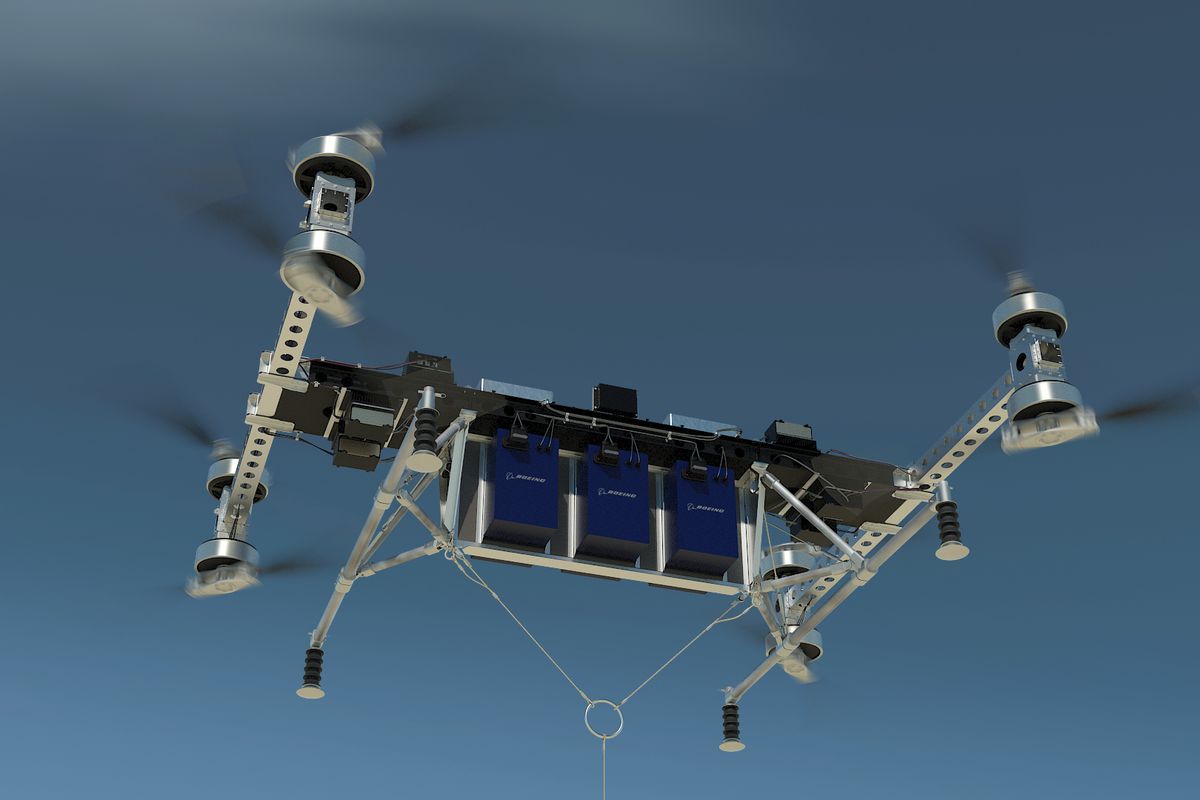 The Boeing Cargo Air Vehicle (CAV) is an electrically powered unmanned autonomous aircraft that can carry up to 500 lbs of cargo that was designed and developed in under 3 months by a team of Boeing Engineers.

In less than three months, Boeing engineers designed and built the CAV prototype, which stands four feet off the ground, measures 15 by 18 feet and weighs more than 700 pounds. It is outfitted with eight counter-rotating propeller blades and custom Boeing batteries that allow for vertical flight.

Researchers are transforming the remote control-operated CAV prototype into an autonomous aircraft capable of carrying up to 500 pounds. The technology opens up new possibilities for delivering time-sensitive and high-value goods, conducting autonomous missions in remote or dangerous environments, and other applications.

Our Take on the CAV

Boeing's CAV project is unique in that it completed an entire product conception, design, production, and flight test cycle in around three months, which is extremely quick for the aerospace industry. This project is also unique because it is Boeing native; although Boeing acquired Aurora Flight Sciences in November of 2017, Boeing itself is continuing its own research into the eVTOL field. The 500 lbs payload capacity is one of the highest for any logistical application and is likely gaining the attention of Wal-Mart, UPS, and Amazon as they scale their on-demand delivery services via drone.