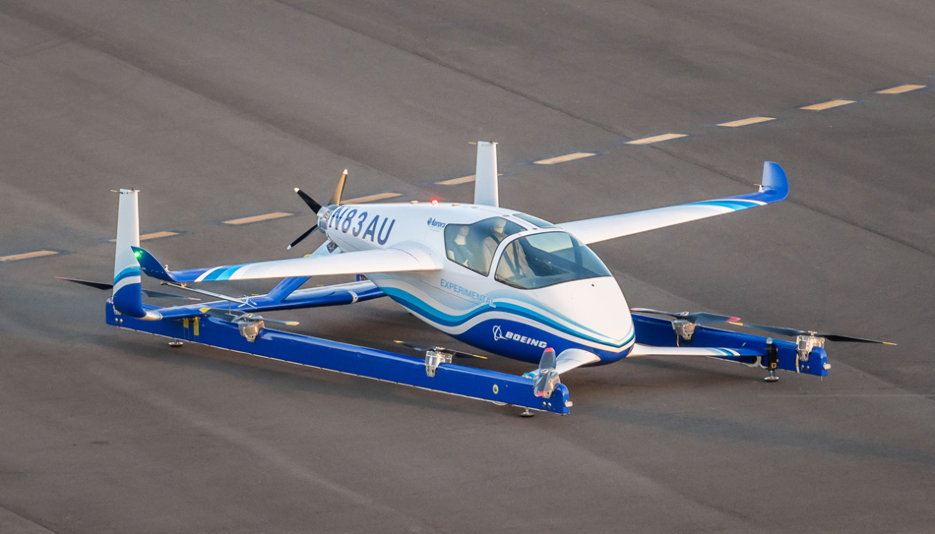 The Boeing Passenger Air Vehicle is a venture originally headed by John Langford, who's company Aurora Flight Sciences was acquired by Boeing in November of 2017 (AFS is now a subsidiary of Boeing's NeXt technology ventures arm). The Boeing PAV is similar in design to the Kitty Hawk Cora, as it utilizes vertical lift propellors for takeoff and landing and transitions to forward flight using a single pusher propellor. The first flight of the PAV was on January 23rd, 2019.

Our Take on Boeing NeXt and Aurora

Aurora Flight Sciences is unique - it is a medium size company, with around 470 employees, and is now a Boeing subsidiary under the Boeing NeXt technology ventures arm. Furthermore, Aurora has completed a number of other theoretical and physical design projects, including autonomous, novel flight control, and novel configuration - all components that require mastery and experience in to successfully design a competitive eVTOL. The first test of the full scale prototype was on January 23rd, 2019 in Manassa, VA.