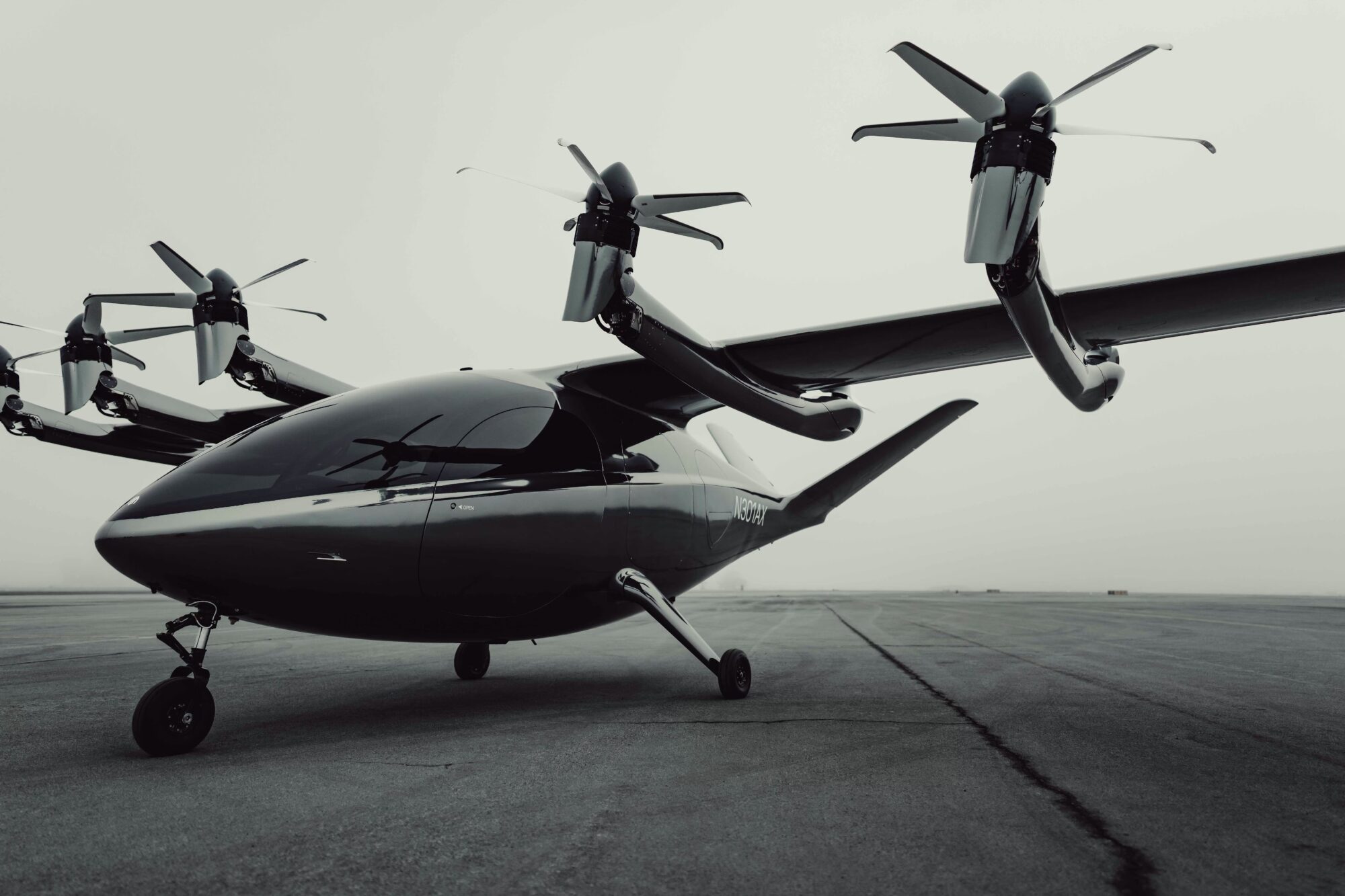 California-based Archer Aviation’s mission is to "unlock the skies, freeing us to reimagine how we live and spend time." The company's fully electric 'Maker' eVTOL aircraft is designed to move people throughout world's cities in a quick, safe, quiet, sustainable, and cost-effective manner; at speeds up to 150 mph for a flight range of 60 miles. The company is now trading publicly on the NYSE, and is based in Palo Alto. Notably, Archer's partnership with United Airlines has made it one the first eVTOL companies in the world to receive a firm pre-purchase order from a major Airline.

Archer Aviation, a California-based corporation, and the third ever eVTOL company to go public.
Adam Goldstein and Brett Adcock are the co-founders and co-CEOs of Archer Aviation
Maker (demonstrator prototype)

Vertical take-off and landing: The Maker is a two-seater autonomous fixed-wing eVTOL aircraft that can reach speeds of up to 150 mph, powered by 12 total rotors — 6 larger tilt rotors for lift on takeoff and thrust in forward flight, and 6 smaller rotors that are only used during VTOL flight

Regulation: Maker currently has plans for FAA certification as it will initially see use mainly in the United States.

Our Take on Maker

Through the company's significant partnership with United, Archer recently became one of the world's first eVTOL developers to receive a firm pre-purchase payment from a major U.S airline. In addition, Archer has remained competitive by listing on the NYSE in 2021, and completing a recent merger with Atlas Crest Investment Corporation. In combination with announcements of its first flight tests, as well as a solid plan for certification and entry into operations in collaboration with United, Archer is in excellent standing to become one of the first eVTOL aircraft makers to enter into commercial operations in the United States.