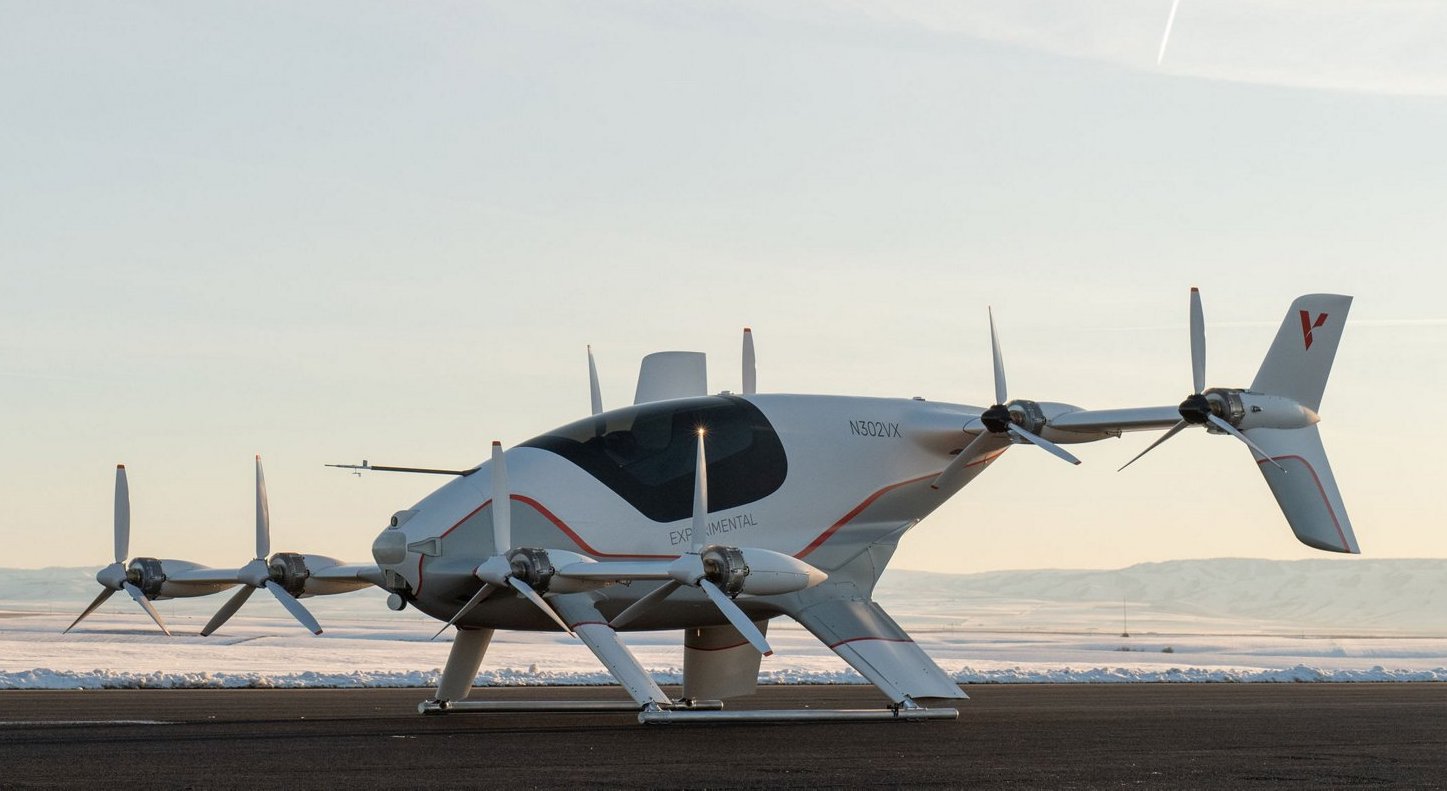 Vahana is a project worked on by the A^3 technological development arm of Airbus which is headquartered in Silicon Valley, CA. Built as a (now-completed) eVTOL technology demonstrator and proof-of-concept for future aircraft like the CityAirbus, Vahana uses variable-angle rotors that provide thrust vertically for takeoff and landing and swivel forward to facilitate accelerated conventional flight.

A^3 is a venture created by Airbus, a Colonge, France, company.

Propeller Configuration: 8 propellers; 4 on each of the two tilting wings.

Motors: 8 electric motors at 45kW each

Project Vahana intends to open up urban airways by developing the first certified electric, self-piloted vertical take-off and landing (VTOL) passenger aircraft. We envision Vahana being as a cost-comparable replacement for short-range urban transportation like cars or trains. A core premise of this project is that full automation and sense-and-avoid technology will allow us to achieve higher safety levels by minimizing human error while allowing more vehicles to share the sky. As a platform, Vahana can be as diverse as its wheeled grounded counterpart when being used for cargo delivery,  emergency services, search and rescue, or even as a tool to deploy modular infrastructure in disaster sites. There is no other project that we know of that incorporates this much automation in vertical flight. With Airbus’ long history in aircraft certification and safety, we are uniquely positioned to realize large-scale automated flight within urban environments.

Our Take on Vahana

Since its creation, Vahana has achieved multiple important milestones integral to the future of aerial mobility. These have included building a fully-electric aircraft that can autonomously transition from vertical to fixed wing flight, enabling that aircraft to fly for a significant range, and completing over 130 test flights to prove the safety of eVTOL aircraft overall. The work A^3 did with Vahana allowed Airbus to lay the groundwork for larger aircraft such as the Airbus CityAirbus. Although the project is now completed, the Vahana team was able to make many significant discoveries and developments for the future of aerial mobility at airbus.